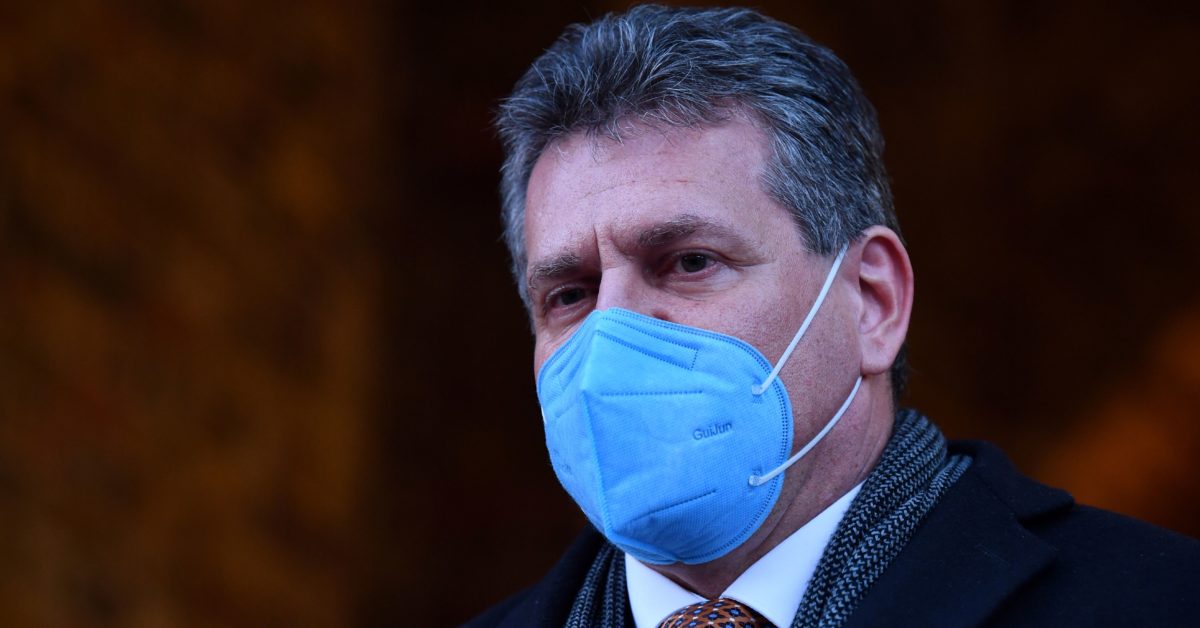 The meeting focused on trade disruption in Northern Ireland since the end of the Brexit transition period, but according to two people briefed on the discussion it concluded without an agreement on extending the grace periods for checks on goods entering Northern Ireland from Great Britain, some of which will expire at the end of March.

Gove had previously asked his EU counterpart for an extension until 2023, to help soften the impact of the new arrangements on traders.

In a joint statement after the meeting, the Commission and British government said both sides â€œacknowledged the importance of joint action to make the Protocol work for the benefit of everyone in Northern Irelandâ€ and â€œreiterated their full commitment to the Good Friday (Belfast) Agreement in all its dimensions, and to the proper implementation of the Protocol.â€

They also restated their determination to use â€œwithout delayâ€ flexibilities in the protocol agreed in a December meeting, and London was said to have offered up a new plan to help supermarkets and their suppliers as well as promising additional funding to develop â€œdigital solutions for traders.â€

The two sides said they would continue to talk to industry groups and other players in Northern Ireland to hear about the challenges they face implementing the new trade rules.

Å efÄoviÄ described the meeting as â€œconstructiveâ€ and â€œfocused on pragmatic solutionsâ€ to make the protocol work.

But the lack of an agreement on extending the grace periods was met with fresh anger from Northern Irelandâ€™s First Minister and Democratic Unionist Party leader Arlene Foster.

She said Å efÄoviÄ and his team were â€œnot seriousâ€ and accused the EU of having â€œprevaricated, dragged its feet and closed its eyes to the serious crisisâ€ in Northern Irelandâ€™s supply chains.

Foster, who took part in the meeting and is campaigning to scrap the protocol in favor of fresh arrangements with the EU, said the post-Brexit set-up had â€œcompletely ruptured the flow of goodsâ€ between the two territories.

â€œIt is time for the United Kingdom government to act unilaterally,â€ she added. â€œThe grace period ends next month, yet the European Union refused to recognize the problems or offer any sensible solutions.â€

However, Michelle Oâ€™Neill, Northern Irelandâ€™s Deputy First Minister and Vice President of Sinn FÃ©in, praised the Commission for listening to local businesses and industry representatives over the past week.

Oâ€™Neill, who also attended the meeting, said she had â€œencouraged intensified efforts to find practical solutions to any problems within the framework of the protocol, which is part of a legally-binding treaty and not going away, something which all parties must recognize.â€

The EU and the U.K. also welcomed progress on protecting each others citizensâ€™ rights under the agreement, and â€œreiterated the importance of communication and support to the most vulnerable,â€ according to their joint statement.

The Commission offered fresh joint committee talks before the end of March, but the two sides are yet to agree on a date for the next meeting.

This was the first joint committee meeting since the end of Brexit transition period and the last with Gove as the U.K. representative. From March he will be replaced by David Frost, recently appointed to Boris Johnsonâ€™s Cabinet to oversee Brexit matters.