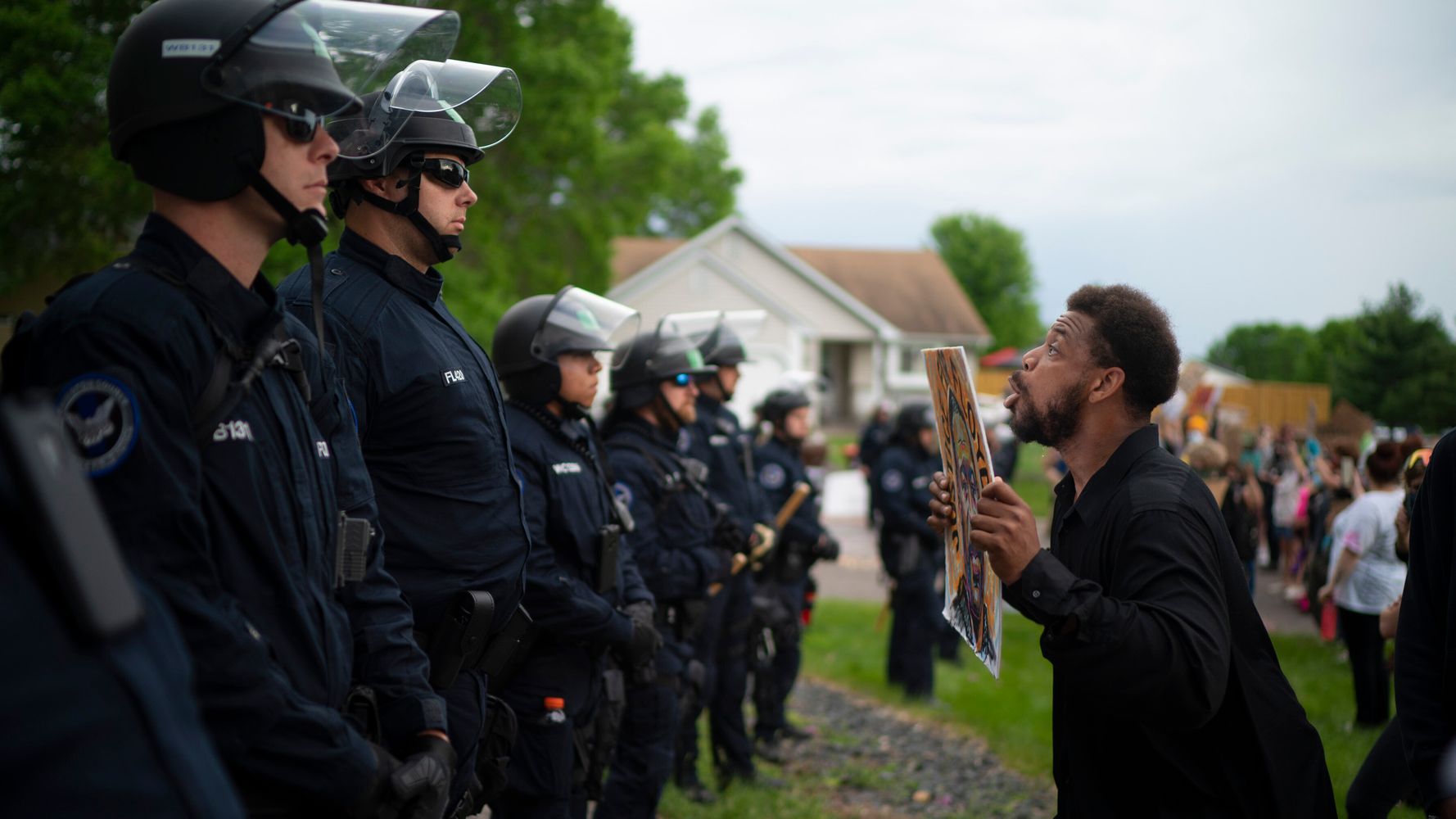 Federal officials said Thursday the investigation into the death of George Floyd, a Black man who died after a Minneapolis police officer knelt on his neck for several minutes, was a â€œtop priority,â€ but added they were still gathering information in their probe and had not yet made a decision on filing charges.

The news comes amid ongoing protests across Minneapolis and around the nation over Floydâ€™s death on Monday, which has drawn bleak comparisons to other Black men and women who have died in police custody. Demonstrations raged for the second day in a row on Wednesday, spilling into the early hours of Thursday morning as some protestors turned violent, setting fire to retail stores and a construction site and looting a local Target. One person was shot and killed by the owner of a pawn shop.

As Justice Department officials at a Thursday afternoon press briefing in a Minneapolis suburb said the agencyâ€™s â€œhighest of the highâ€ were investigating the case, protesters began to gather in force once again on Thursday evening as the governor activated the National Guard and declared a state of emergency.

Tear gas brought out on crowd of a few hundred people outside Target near Third Precinct. Some protesters picked the canisters up and threw them back. pic.twitter.com/P33OWyiXXL

â€œWe are conducting a robust and meticulous investigation into the circumstances surrounding the events of May 25, 2020, and the police officersâ€™ actions on that evening,â€ U.S. Attorney Erica MacDonald said at the briefing. â€œMinneapolis, our nation, really the world, has witnessed this incredibly disturbing loss of life. â€¦ We are grieving and we will continue to grieve. To be clear, the Department of Justice has made the investigation in this case a top priority.â€

The attorney for Hennepin County, which includes Minneapolis, said at the briefing that his office was moving forward cautiously with its investigation.

The video showing Floyd dying as he was pinned by an officer â€œis graphic and horrific and terrible and no person should do that,â€ Mike Freeman said. â€œBut my job in the end is to prove that (the officer) violated a criminal statute and there is other evidence that does not support a criminal charge. We need to wade through all that evidence and to come to a meaningful determination and we are doing that to the best of our ability.â€

Minneapolis Mayor Jacob Frey, who has called for charges to be filed in the case, again urged citizens to protest peacefully following Wednesday nightâ€™s looting and arson in parts of the city.

â€œIf youâ€™re feeling that sadness, that anger, itâ€™s not only understandable, itâ€™s right. Itâ€™s a reflection of the truth that our black community has lived,â€ Frey said at a separate press conference. â€œWe must believe that we can be better than we have been.â€Â

It is time to rebuild. Rebuild the city, rebuild our justice system, and rebuild the relationship between law enforcement and those theyâ€™re charged to protect. George Floydâ€™s death should lead to justice and systemic change, not more death and destruction.

Anger has continued to build after the Minneapolis Police Department fired four officers on Tuesday following the release of the shocking video showing Floydâ€™s arrest. In the footage, Floyd can be seen pinned to the ground as Officer Derek Chauvin keeps pressing his knee into the manâ€™s neck, even as Floyd pleas, â€œPlease man, I canâ€™t breathe. I cannot breathe. I cannot breathe.â€

Three other officers at the scene who with Chauvin were later fired â€•Â Thomas Lane, Tou Thao and J. Alexander Kueng â€• make no apparent effort to intervene.

Floydâ€™s eyes close after several minutes and he stops speaking. Officers later called an ambulance but the man died after arriving at a local hospital. Paramedics later said Floyd, 46,Â was unresponsive and without a pulse by the time he was en route to the hospital.

Floydâ€™s family has publicly called for charges to be filed against the four officers. His brother, Philonise Floyd, told CNN they should be arrested â€œright nowâ€ and â€œheld accountable about everything.â€