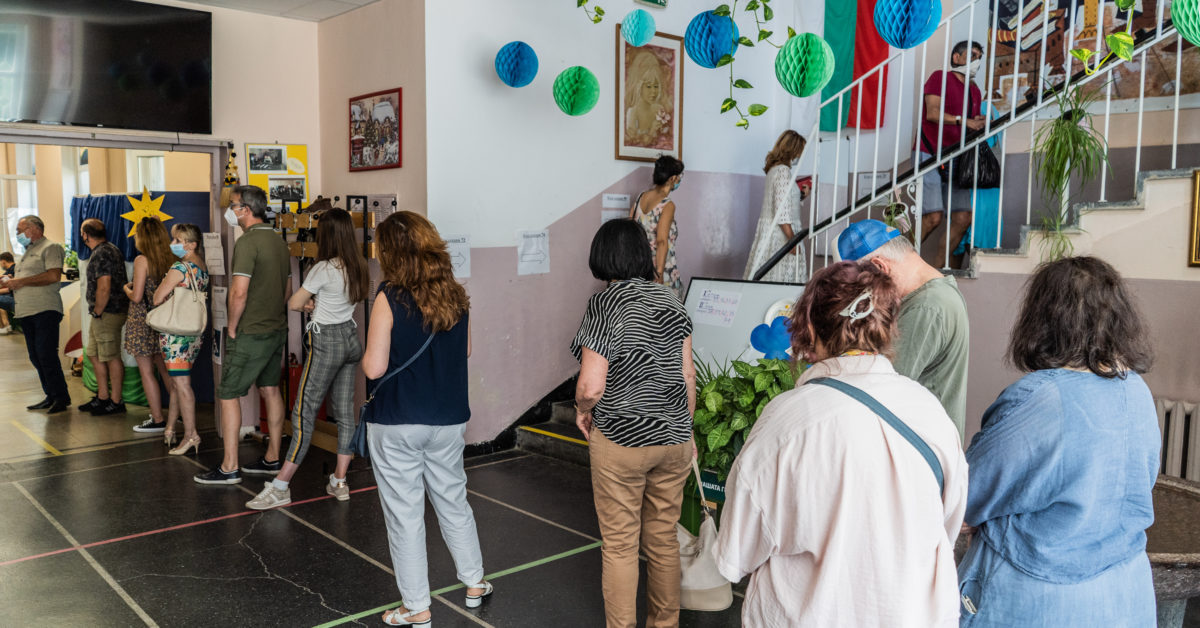 SOFIA â€” No clear winner emerged after an election in Bulgaria Sunday, according to exit polls, pointing to further political uncertainty just months after a prior inconclusive vote.

An exit poll by Alpha Research showed the center-right GERB party under former Prime Minister Boyko Borissov neck and neck with its main rival, the anti-establishment There Is Such a People party (ITN),Â led by television host and singer Slavi Trifonov. ITN looked set to win 24 percent, with GERB just behind at 23.5 percent, according to the poll.

The vote comes just three months after an election in April in which Trifonovâ€™s ITN came second to Borissovâ€™s previously ruling GERB, but neither party was able to form a majority coalition, leading to political limbo and a caretaker government.

ITN has been vying to bring an end to the decade-long dominance of Borissov and his GERB party in Bulgarian politics, following mass anti-corruption protests last year andÂ a wave of scandals ahead of Sundayâ€™s vote. But the exit polls show Trifonovâ€™s party faces hurdles to forming a coalition: The poll shows ITN would fall short of a majority in the 240-seat parliament if it teamed up with two potential allies â€” Democratic Bulgaria andÂ Rise Up, Out with the Crooks â€” which are expected to win 12.7 percent and 5 percent, respectively.

ITN has repeatedly ruled out joining forces with mainstream parties like GERB, the Socialists, and the ethnic Turkish party, Movement for Rights and Freedoms (MRF). The Socialists are projected to win 13.3 percent, and the MRF 11.1 percent, according to the exit poll.

The GERB would likely again struggle to form a Cabinet if the exit poll results are confirmed, this time with an even smaller share of the votes than the roughly 26 percent the party won in April.