â€˜No intention of joining hands with Shiv Senaâ€™: Fadnavis after speculation over meet with Sanjay Raut 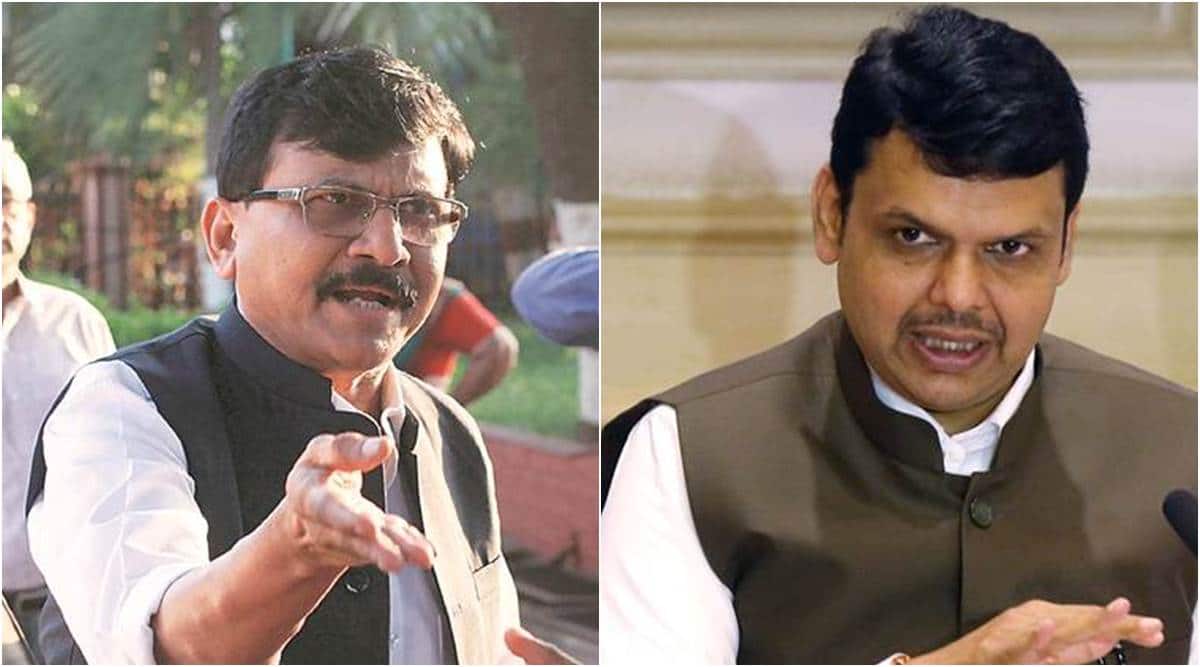 
Sanjay Raut said he and Devendra Fadnavis are not enemies. (File Photo)

Former Maharashtra chief minister Devendra Fadnavis Sunday said that the BJP neither has any intention of joining hands with its ally-turned-rival Shiv Sena nor any plan to topple the Uddhav Thackeray government in the state.

His comments came a day after his meeting with Shiv Sena MPÂ Sanjay Raut at an upscale hotel in Mumbai prompted speculation in the stateâ€™s political circles.

Fadnavis told reporters that people of the state are â€œunhappyâ€ with the Shiv Sena-led Maha Vikas Aghadi (MVA) governmentâ€™s performance and hence it would eventually â€œcollapse due to its own inactionsâ€.

â€œWe have no intention of joining hands with the Shiv Sena or to bring down the government. When it falls on its own, we will see,â€ Fadnavis was quoted as saying by news agency PTI.

The leader of opposition in the state Assembly also said his Saturday meeting with Raut was regarding an interview for the Sena mouthpiece â€˜Saamanaâ€™.

â€œMy meeting with Raut had no political connotations. He asked me for an interview to â€˜Saamanaâ€™, to which I agreed. But, I had put my conditions- like the interview should be unedited and I should get to put my own camera during the interview. So we met to discuss its nitty-gritties,â€ he said.

The Shiv Sena had snapped its ties with the BJP after the Maharashtra Assembly elections last year over the issue of sharing the chief ministerial post. Subsequently, the Uddhav Thackeray-led party sealed an alliance with the NCP and the Congress to form MVA government in the state.

Meanwhile, Raut said he and Fadnavis are not enemies and that CM Thackeray was aware of their meeting pre-planned to discuss the interview schedule.

However, Congress leader Sanjay Nirupam took a dig at Raut, alleging that he was in a hurry to grab headlines. â€œWhen that happens, political careers end. This is not my ill-wish for Raut, but a reality,â€ PTI quoted the former chief of Mumbai Congress as saying.

Irked over Shiv Senaâ€™s silence over the contentious farm bills passed in Parliament, Nirupam, who was removed from the post of Mumbai Congress chief ahead of the Lok Sabha polls last year, said if the party (Congress) seriously wanted to oppose the bills, it should first ask the ruling Shiv Sena in Maharashtra to clarify its stand.

Even as the Congress and the NCP have said that they will not allow the implementation of the new laws in Maharashtra, CM Thackeray has not uttered a word on it, he said. â€œThe Shiv Sena supported the farm bills in the Lok Sabha, while it staged a walkout from the Rajya Sabha when other opposition parties were demanding a vote on it,â€ Nirupam said, adding that farmers in Maharashtra are confused (over the state governmentâ€™s stand).