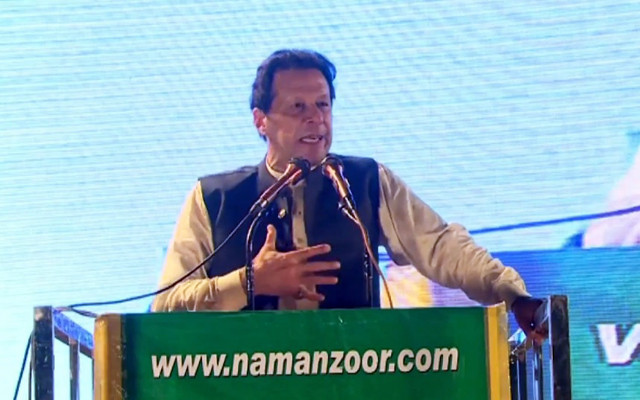 
Former prime minister and PTI chief Imran Khan may not submit an unconditional apology in the contempt case fixed for hearing in the Islamabad High Court (IHC) on Thursday (tomorrow).

The decision was taken after Imran Khan held a meeting with his party’s legal team to chalk out a strategy to handle the contempt case. It is also expected that the former prime minister will take the rostrum himself to explain his position.

A written reply will be submitted Wednesday (today), sources confirmed to The Express Tribune.

He said that presently, the “system” was against Imran Khan, therefore, there was an apprehension that in case of tendering an unconditional apology, some elements may go to the extent of getting his disqualified from running for a public office if found guilty of contempt of court.

However, it was learnt that the legal team has agreed that regret should be expressed in the reply in view of the IHC judges’ observations which were given during the last hearing.

It was also decided that Imran Khan in his address at the Peshawar rally on Tuesday would offer an explanation about his alleged threatening statement against Lady Judge Zeba Chaudhry.

However, senior lawyers are disappointed with Imran Khan’s fresh speech wherein he again mentioned the name of the judge and made attempts to justify his statements with flimsy excuses.

Speaking about his controversial remarks due to which he is facing contempt proceedings, the former prime minister during the Peshawar rally said he “might” have passed harsh words against additional sessions and district judge Zeba Chaudhry unintentionally due to the alleged torture meted out to party leader Shahbaz Gill in the police custody.

“I have never allowed my party to attack the judiciary. I respect my judiciary and lower courts as well. I did not want to threaten any judge and it was not my intention,” he clarified.

Legal experts have warned the case is serious and urged the PTI leader to not contest it and issue an unconditional apology to the judge to avoid legal action. Observers have noted that a contempt conviction—regardless of any further punishment, which can span up to six months’ imprisonment—is considered a criminal offence and would result in Khan being disqualified from holding political office for 5 years under Article 62(1)(f) of the Constitution.