Nord Stream 2 has damaged the West enough. Time to put an end to it 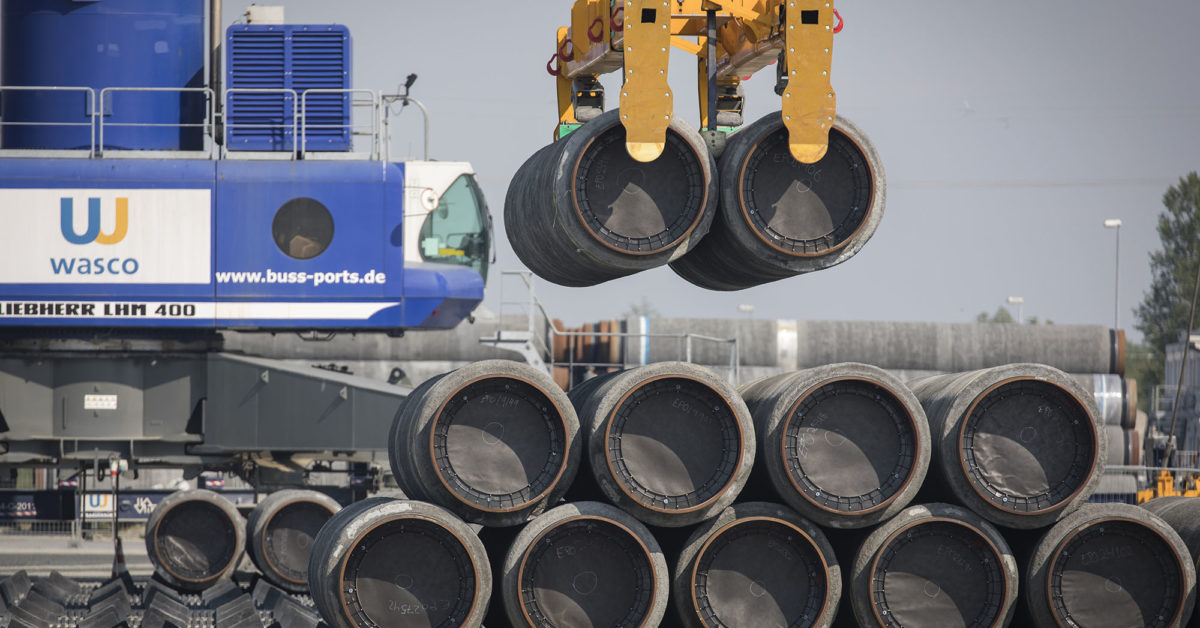 Poland and Ukraine have a shared interest in a strong, vibrant and resilient West. We are united behind a great vision, pursued by all U.S. presidents since the end of World War II, of a free, united Europe that is prosperous and at peace.

As ministers of foreign affairs, we must recognize, however, the obstacles keeping Europe truly united. Paramount among them is the false belief that the free world is an elite club, whose membersâ€™ national interests are superior to the collectiveâ€™s. This belief is what emboldens predatory autocratic powers and creates hazards for international stability and world peace.

To aspire to become part of the free world means to reject autocracy, which creates challenges to authoritarian regimes. For their part, autocrats react on three fronts. First, they try to discourage the would-be members of the free world by military force and attempts at annexation, economic coercion and blackmail. Second, they try to tarnish the free world by portraying its political and business elites as corrupt.Â Finally, autocrats try to poison public discourse by launching far-reaching disinformation campaigns to promote undemocratic narratives. They lay claim to â€œspheres of privileged interestsâ€ and opt for reinstatement of â€œconcert of powers,â€ thus implying control over the fate of other nations.

Poland and Ukraine have always believed that lasting peace in Europe is impossible to sustain without a harmonized democratic development across Europe.

This is why Poland was among the first to recognize Ukraineâ€™s independence in 1991. Having achieved its long-sought goals of membership in NATO and the EU, Poland became one of the staunchest supporters of an open-door policy to both organizations, and remains an unwavering advocate of Ukraineâ€™s membership.

But as Central Europe bound itself to the West, Russia pulled on the levers at its disposal to, if not reverse, then at least to seriously disrupt this process. In doing so, Moscow drew upon one of its most potent weapons â€” its neighborsâ€™ dependence on energy supply, particularly natural gas.

First in 2006, and then in 2009, Russia took advantage of its status as a sole supplier and cut off natural gas deliveries to Ukraine without any reason or explanation. Given the importance of Ukraineâ€™s infrastructure to ship Russian natural gas westward, the rest of Europe felt the consequences.

As a result of Russiaâ€™s actions, Europeans decided to move toward a more integrated, internally resilient and transparent market for natural gas in order to better withstand future disruptions. However, the Kremlin was busy drafting a plan that would strengthen its grip on Europeâ€™s gas supply and untether Ukraine from the rest of Europe.

This is how Russia came up with the idea for Nord Stream â€” a natural gas pipeline running on the Baltic seabed directly from Russia to Germany, bypassing Central Europe.

When the new pipeline came online in 2011, it was touted as a tool for diversification of natural gas supplies to Europe. In reality, Nord Stream was designed to sabotage Europeâ€™s energy security.

A decade after launching Nord Stream 1, Russia is dangerously close to completing the twin pipeline, Nord Stream 2. Regrettably, Russia was allowed to advance this far with the project even as it continues to violate Ukraineâ€™s sovereignty and territorial integrity, showing blatant disregard for international law.Â

Poland and Ukraine have long warned against the dangers associated with the construction of Nord Stream 2. Our calls for vigilance and boldness were heard in the U.S. Congress, which pressed on with measures designed to stop this dangerous, divisive project.

We call on U.S. President Joe Biden to use all means at his disposal to prevent the project from completion.Â

On this issue, the U.S. continues to be critically important. It needs to dismiss claims that Nord Stream 2 has become â€œtoo big to failâ€ and that it simply needs to be finished. If the project is successful, Russia couldÂ tryÂ to convinceÂ the Ukrainian publicÂ that the West doesnâ€™t care about its own principles, and ultimately, about the security and prosperity of Ukraine.Â

This project is not about the energy security of Germany, our close ally and partner. Ukraine deeply appreciates Germanyâ€™s efforts to bring peace to the war-torn Donbass region and its vital support to Ukraineâ€™s reforms.

We respect Germanyâ€™s right to express their point of view. But we also strongly believe that these kinds of projects cannot be viewed narrowly through the lens of bilateral relations, but should instead be approached from a broader perspective of Europeâ€™s interests and security as a whole.

A lot is at stake, but the way forward is still in our hands. Autocratic rulers in the Kremlin and elsewhere can and should be held accountable. The West, led by the United States, cannot afford to cower in the face of blackmail that runs counter to everything that we stand for.