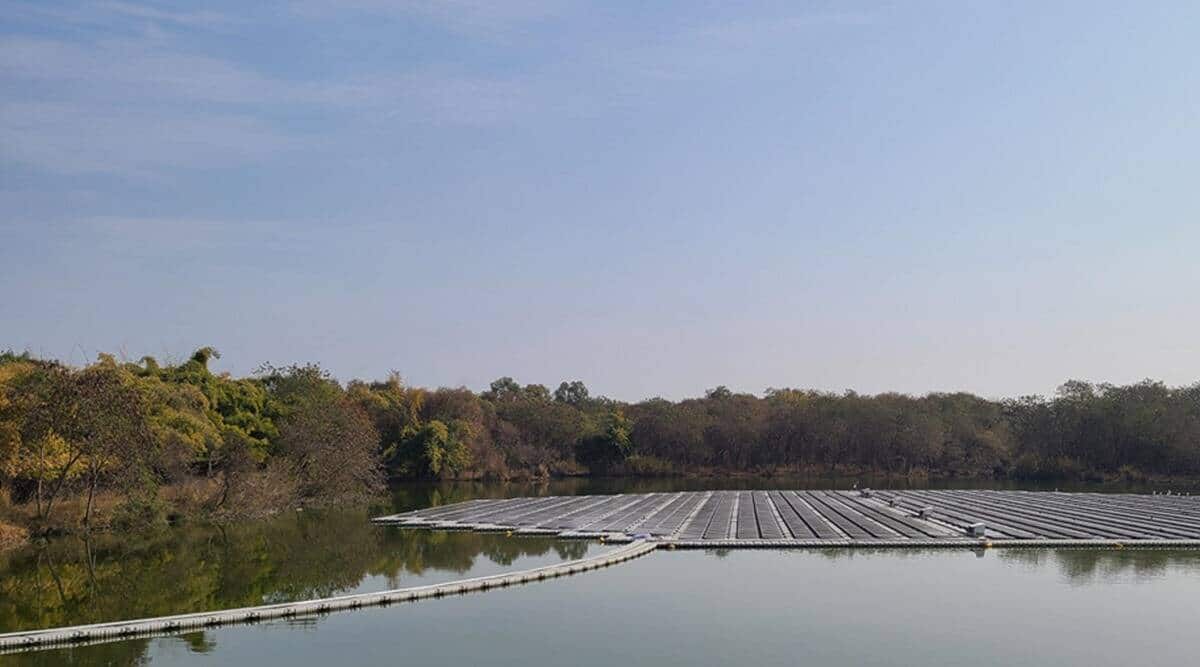 THE SECOND phase of North India’s largest floating solar project of 5,500 KWp (kilowatt peak) (5.5 megawatt) will be completed in the next six months making the project capable of generating 7,500 KWp solar energy worth around Rs 2.50 crore, which will be shared between the UT Administration and the civic body with 70:30 % ratio respectively.

An official said, “Water Works, Sector 39, is the property of the MC but the solar project is being installed by the Chandigarh Renewable Energy and Science and Technology (CREST). The generated revenue is being divided on the basis of expenditure. So far, Rs 11.70 crore was spent on the first phase.

Debendra Dalai, Secretary, Science and Technology, UT, said, “The department has decided to complete the second phase of this mega solar project within six months.

The project will generate 70 lakh unit power. This project will come up on the four tanks. There will be around Rs 42 lakh income for the Municipal Corporation from the upcoming 5.5MW’s project. Around Rs 1.50 crore income will go the UT. It is the largest floating solar project in the northern India”.

The foundation stone of the project was laid by President Droupadi Murmu on October 10, 2022. The floating solar project, which is functional, at Dhanas Lake, which is under the UT forest department, will fulfill the energy demands of all buildings and offices of the UT Forest and Wildlife department. The UT has been pushing for the installation of rooftop solar plants in houses which are five or more marlas in UT. Many government buildings also have solar panels installed.