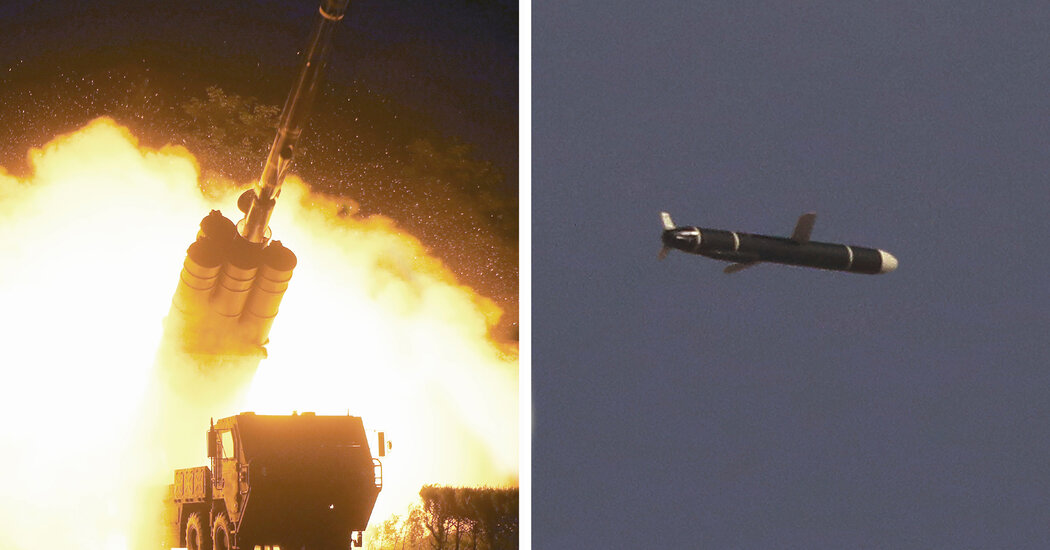 SEOUL — North Korea said on Monday it​ had successfully launched newly developed long-range cruise missiles, its first missile test in six months and a new indication that an arms race between North and South Korea was heating up on the Korean Peninsula.

​In the tests that took place on Saturday and Sunday, the North Korean missiles hit targets 1,500 kilometers (932 miles) away after flying more than two hours, said the North’s official Korean Central News Agency. The missiles changed their trajectories and made circles before hitting their targets, it said.

A series of resolutions from the United Nations Security Council banned North Korea from developing or testing ballistic missiles, but not cruise missiles. A cruise missile test by the North usually does not raise as much alarm as its ballistic missile tests. The country’s state-run media also indicated that the nation’s leader, Kim Jong-un, had not attended the weekend tests, though he has usually supervised all major weapons tests in recent years.

The latest tests showed that North Korea continued to improve its arsenal of missiles while nuclear disarmament talks with the United States remained stalled. North Korea said on Monday that the long-range cruise missile was “a strategic weapon of great significance” and part of an arms development goal announced by Mr. Kim during the party congress in January.

According to the announcement from state media, the new missiles provided North Korea with another effective means of deterrence in the face of “the military maneuvers of the hostile forces.”

South Korea and the United States conducted a nine-day joint military exercise in August. Joint drills by the two allies have often provoked North Korea into carrying out its own military exercises or weapons tests. The North’s tests also came amid signs that South Korea was rapidly ramping up its own arms buildup.

As international negotiations have made little progress in stopping North Korea from growing its weapons arsenal, South Korea has embarked on building more powerful missiles and missile-defense systems of its own to counter North Korean threats.

North Korea reacted angrily to the removal of the missile restrictions, ​calling it “a stark reminder of the U.S. hostile policy.”

The removal of the limits allows South Korea to build ballistic missiles with larger warheads that hold destructive power and that can target underground bunkers where North Korea keeps its nuclear arsenal and where its leadership would hide at war, military analysts said.

When Mr. Moon visited his Defense Ministry’s Agency for Defense Development last year, he said South Korea had “developed a short-range ballistic missile with one of the largest warheads in the world,” an apparent reference to the Hyunmoo-4, which missile experts say can cover all of North Korea with a two-ton payload.

When North Korea last conducted a missile test, on March 25, it said it had launched a new ballistic missile that carried a 2.5-ton warhead. This month, reports emerged in South Korean news media that the South was developing an even more powerful weapon: a short-range ballistic missile with a payload of up to three tons.

The tit-for-tat weapons buildup signaled that the rival militaries were arming themselves with increasingly powerful missiles that can fly farther and carry more destructive power, and that are harder to intercept.

“We will develop stronger, longer-range and more precise missiles so as to exercise deterrence and achieve security and peace on the Korean Peninsula,” the South’s Defense Ministry said this month.

Tensions on the Korean Peninsula rose sharply in 2017, when North Korea tested three intercontinental ballistic missiles and conducted its sixth underground nuclear test, leading to sanctions from the United Nations. After the tests, the country claimed an ability to target the continental United States with a nuclear warhead.

Mr. Trump met with Mr. Kim three times between 2018 and 2019, but the two leaders failed to reach an agreement on sanctions and the North’s nuclear and missile programs.

In military parades held last October and in January, North Korea unveiled what appeared to be newly developed intercontinental and submarine-launched ballistic missiles. The United Nations’ nuclear watchdog said last month that the country appeared to have restarted a reactor in its main nuclear complex​.

But North Korea has refrained from​ testing an I.C.B.M. or a nuclear device since 2017. Its most recent military parade, held Thursday to mark the government’s 73rd anniversary, did not feature new weapons. 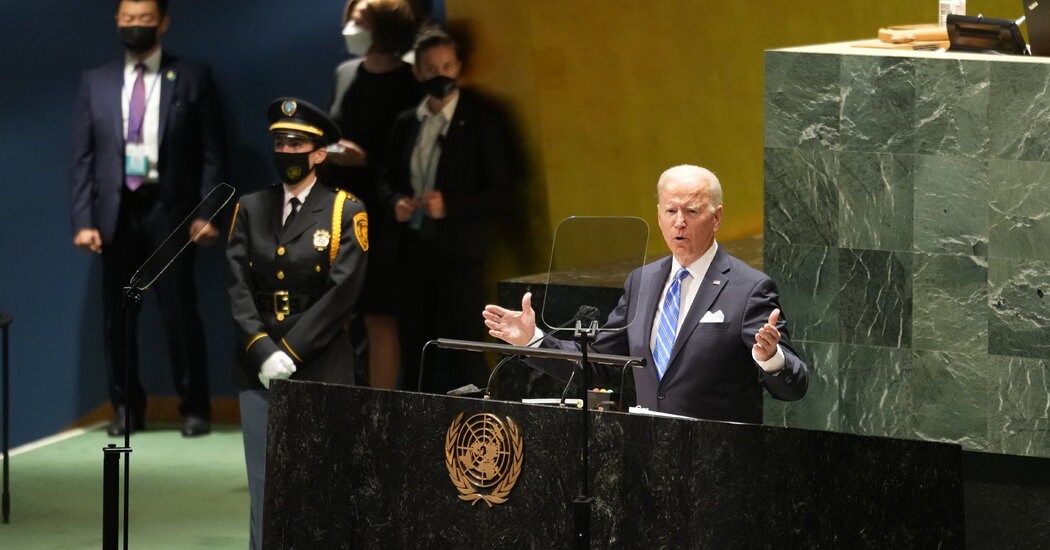