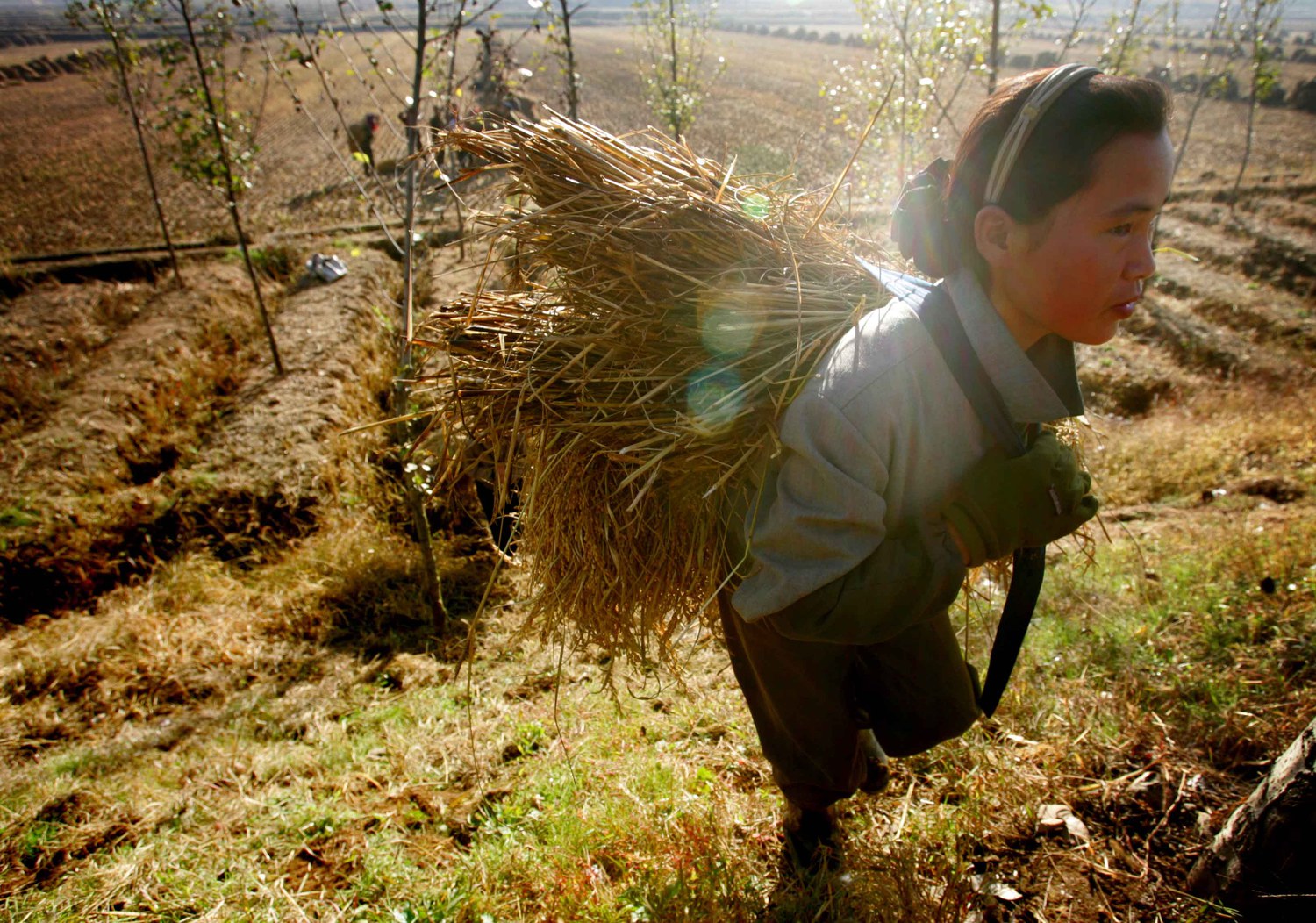 North Koreans mobilized to bring in this year’s rice harvest in the absence of machinery and fuel are chafing at body searches conducted by officials to look for hidden grain, sources in the country told RFA.

Chronically short of fuel and equipment necessary to transport harvested rice from the fields to threshing sites, the government has drafted people to carry the grain on their backs, describing the backbreaking free labor as the “rice sheaf transportation battle.”

With North Korea facing severe food shortages that have caused starvation deaths, authorities are concerned that hungry conscript farm workers might be hiding grains of rice in their clothes.

After toiling in the fields all morning, the workers are body searched before they are allowed to return to their homes.

“Residents have been helping the rice sheaf transportation battle at farms that have finished harvesting. They must move the rice sheaves from the paddies to the thresher, hundreds of meters away,” said a resident of South Pyongan province’s Songchon county, near the capital Pyongyang.

“The central committee has ordered that the harvest be completed in time so that not even a single grain is lost. This non-paid farmwork is being carried out from early morning until just before lunchtime,” the source told RFA’s Korean Service on condition of anonymity.

Mobilizing people for harvesting crops takes manpower away from family businesses that North Koreans rely on to survive in the face of paltry salaries from their government-assigned jobs.

“It is absurd that the residents are unable to run their businesses and are made to work,” the source said.

The residents resent sacrificing their time and labor for a government that does not trust them and “are protesting the behavior of the search patrols, saying they are being treated as if they are criminals stealing grain,” the source said.

The lack of fuel and equipment caused severe delays bringing in the harvest in nearby North Pyongan province’s Unsan county, so authorities there fully mobilized every single resident for the battle, a resident told RFA.

“Residents can only go home after they finish transporting their assigned quota to the thresher…then the authorities rummage through their handbags as they leave,” the second source said.

“They are angry at the body searches and harshly complain about the absurd crackdown, saying, ‘Just order us to carry the rice sheaves naked.’”

North Korea has been chronically short of food for decades, but the current food security crisis is a direct result of the decision by Pyongyang and Beijing to shut down their border and suspend all trade at the beginning of the coronavirus pandemic in early 2020.

The move devastated the North Korean economy, causing food prices to skyrocket without imports from China covering the gap between domestic food production and demand.

The UN’s Food and Agriculture Organization projected in a recent report that North Korea would be short about 860,000 tons of food this year, about two months’ consumption. The UN World Food Program estimates that about 40% of North Korea’s population is undernourished.

Following a steady drumbeat of warnings on food shortages, in mid-October, authorities told citizens to tighten their belts through at least 2025, warning them that the possibility of reopening border trade with China before that was very slim.

In April, authorities told the people to prepare for an economic situation worse than the “Arduous March,” the Korean name for the 1994-1998 famine that killed millions, or as many as 10 percent of the country, by some estimates.

In July, the ruling Workers’ Party ordered citizens to start growing their own food in anticipation of a food shortage that could last three years. 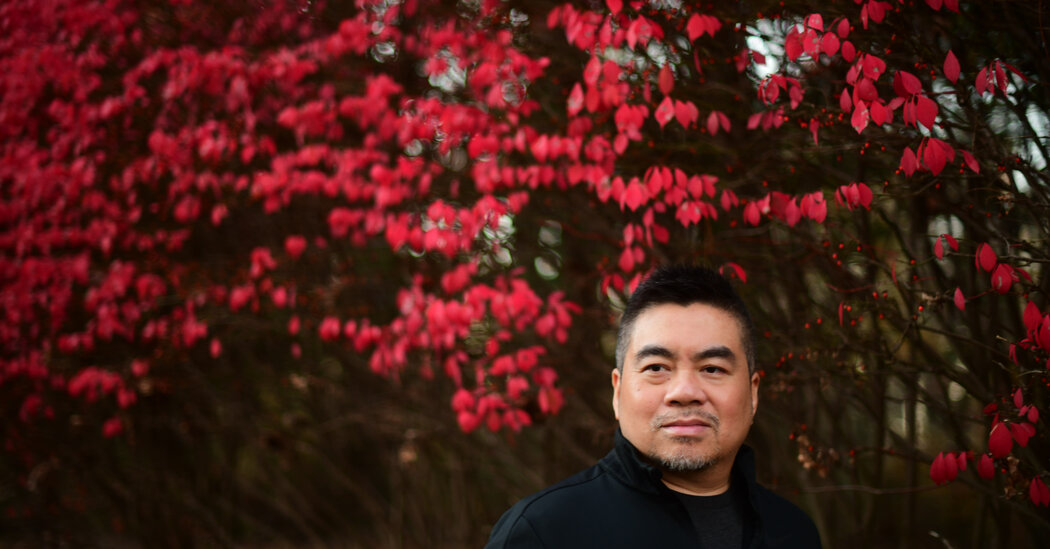 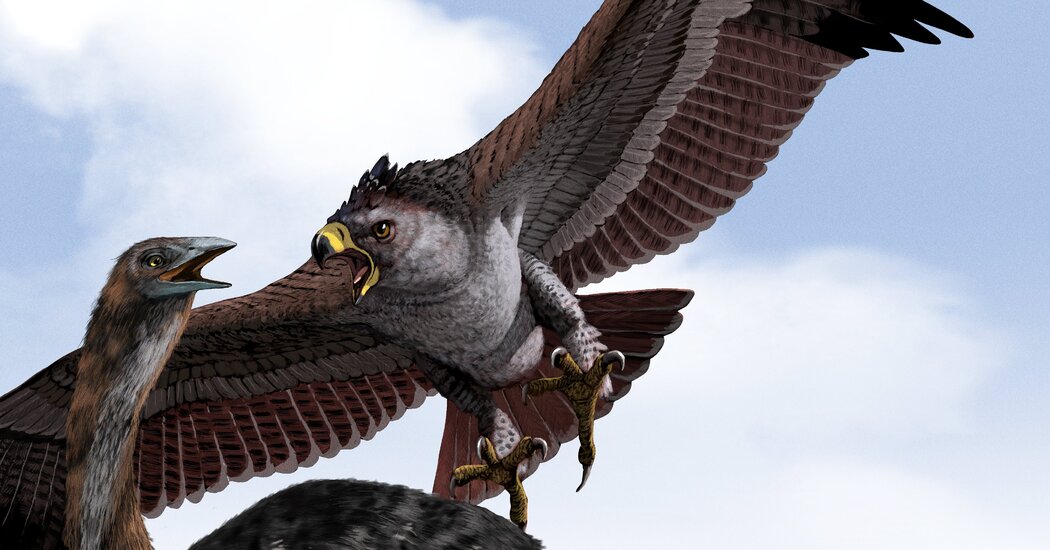