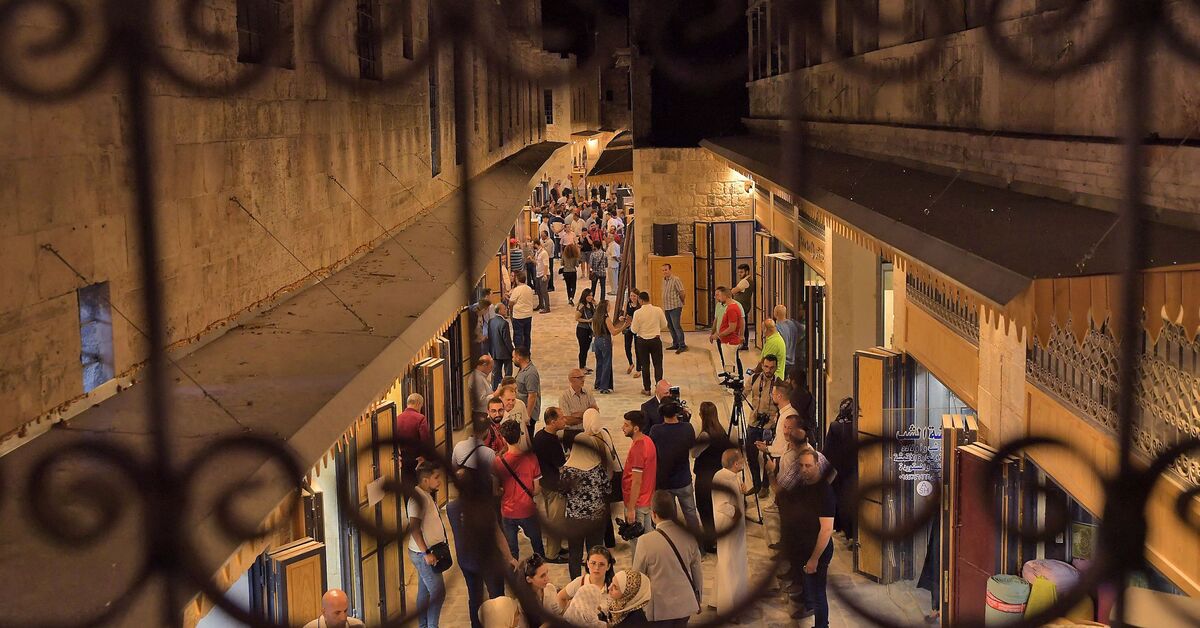 The Syrian Salvation Government affiliated with Hayat Tahrir al-Sham (HTS), which controls Syria’s northwestern province of Idlib, announced on Sept. 21 the temporary closure of all schools, popular markets and public places in its areas of control amid increasing cases of the coronavirus.

It added that restaurants will only be open for takeout and all employees must get the coronavirus vaccine. Travelers through the crossings must also be vaccinated for the sake of public safety amid the increasing number of COVID-19 cases, according to the circular.

The northwestern regions of Syria have recently witnessed a surge in the number of coronavirus infections. Medical authorities called on the people to abide by preventive measures to curb the outbreak.

The Syrian Civil Defense, known as the White Helmets, said in a Sept. 23 tweet, “The specialized teams of the White Helmets transferred today, Thursday, Sept. 23, 17 deceased COVID-19 patients from hospitals in northwestern Syria and buried them according to precautionary measures. [The teams] also transferred 54 infected people to isolation and quarantine centers.”

The Idlib Health Directorate warned on Sept. 16 that the surge of COVID-19 cases continues in Idlib province and across northern Syria. The area, where 4 million people live, is in serious danger with full intensive care units, it added.

The directorate announced on Sept. 20 that 1,418 new coronavirus infections had been registered, including 834 cases in Idlib governorate, bringing the total number of cases in northern Syria to 63,004.

Salem Abdan, the head of Idlib Health Directorate, told Al-Monitor, “There is a clear increase in Idlib and northwest Syria in the number of coronavirus cases. The average daily infection rate is 1,500 cases. The most prominent difficulties faced by the health sector are the lack of oxygen, as we produce only half of our needs. There is also a shortage in ventilators and beds in COVID-19 wards and intensive care units.”

He added, “We called for closing schools, public markets, mosques, wedding halls and funeral homes to be able to flatten the curve. We also urged the most vulnerable groups to get vaccinated. We have a sufficient number of vaccines at around 400,000 doses. This number is likely to increase. Unfortunately, the World Health Organization did not send us any aid; all aid we receive is through NGOs.”

Mohammad Salem, the director of public relations in the Salvation Government who resides in Idlib, told Al-Monitor that the measures taken by the government include the postponement of the school year for two weeks and the closure of markets and other crowded places. “The government also banned public gatherings. At the level of government institutions, employees are forced to wear a mask. The vaccine was also made mandatory for all the staff of the Syrian Salvation Government.”

Salem called on public institutions to ensure people are abiding by the precautionary measures and to raise awareness. The medical staff also plays an important role, he said.

Salem further affirmed that all institutions have been instructed to encourage employees to get the vaccine and raise awareness about its safety. “There are major smear campaigns against the vaccine, and this significantly affects society’s response in general,” he said.

Abdel Moneim Khaled, an Idlib-based relief activist, told Al-Monitor that the measures announced by the Salvation Government will not succeed in capping the surge in coronavirus cases in Idlib, especially closing markets and banning public gatherings. He noted, “People are still gathering for wedding ceremonies and funerals and not adhering to preventive measures. At funerals, people who come to pay their condolences drink Arabic coffee served in the same cup. Wedding ceremonies are still being held in Idlib with no one abiding by the measures announced by the Salvation Government.”

Khaled concluded, “While schools are being closed to keep children from getting in contact with each other, we find children playing together on the streets and in the camps. There is no point in closing schools or markets in order to prevent people from close contact if people keep gathering in guesthouses.”