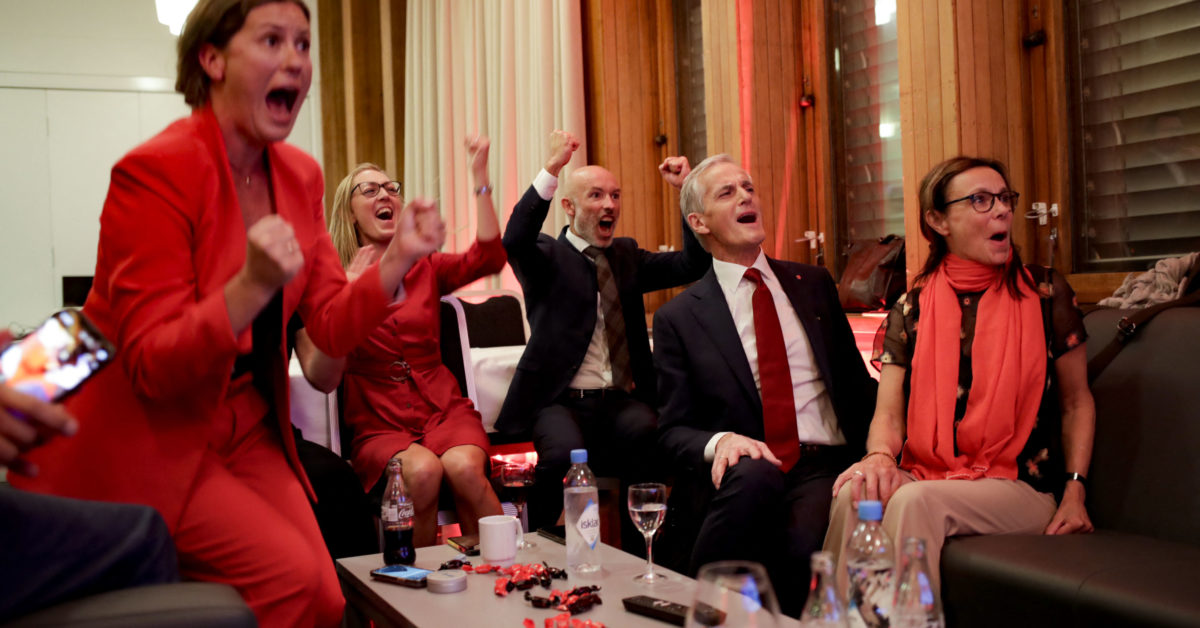 Norwayâ€™s Labor Party was on track for a clear victory in a general election Monday, beating incumbent Prime Minister Erna Solbergâ€™s Conservatives with promises to improve public services and allow the country’s lucrative oil industry to keep drilling for decades to come.Â

The center-left Labor Party was set to win 48 of the 169 seats in parliament, according to national broadcaster NRK, based on a count of around 98 percent of the votes.Â

Laborâ€™s likely governing partners â€” the Center and the Socialist Left parties â€” were on course to secure 28 and 13 seats respectively, meaning a new government made up of the three parties would hold 89 seats and a majority of four.Â

Solbergâ€™s Conservatives and their allies were on track to win 68 seats.Â

Gahr StÃ¸re is now in a strong position to form the next government and take on the role of prime minister with a mandate to increase public investment in areas like education and health care.Â

â€œThe welfare state must embrace everyone and ensure good schools, a world-class health service and generous care for our elderly, no matter who you are and where you live,â€ Labor said in its party program ahead of the election.Â

Like its social democratic sister parties across the Nordics, Norwayâ€™s Labor Party has traditionally focussed on building strong public services funded by comparatively high taxation rates, and it has governed Norway for big chunks of the post-war period.Â

But the party has been out of power since 2013, when the Conservatives’ Solberg won over voters with promises of lower taxes and a more business-friendly regime.Â

The likely return of Labor to power in Norway underscores a revival of the political left in Europeâ€™s north, with left-leaning leaders already heading governments in the other four Nordic states: Sweden, Denmark, Finland and Iceland.

Ahead of Monday’s election, it had appeared the coalition of Labor, the Socialist Left and the Center Party might fall short of a majority and need to reach out to the Green Party for support in parliament.Â

That in turn could have opened a door for the Greens to demand Norway shut down its oil industry by 2035, a key element of the environmentalist partyâ€™s policy platform.Â Labor’s plan is to allow the oil sector to operate beyond 2050. But as the results came in Monday night, the prospect of greater Green Party influence faded.

Gahr StÃ¸re said he would begin talking to other party leaders â€” both within his favored coalition grouping and outside â€” about forming a government soon.Â

â€œThe real job is still to do,â€ he said. â€œNow we are going to change Norway, day by day, and do it together.â€