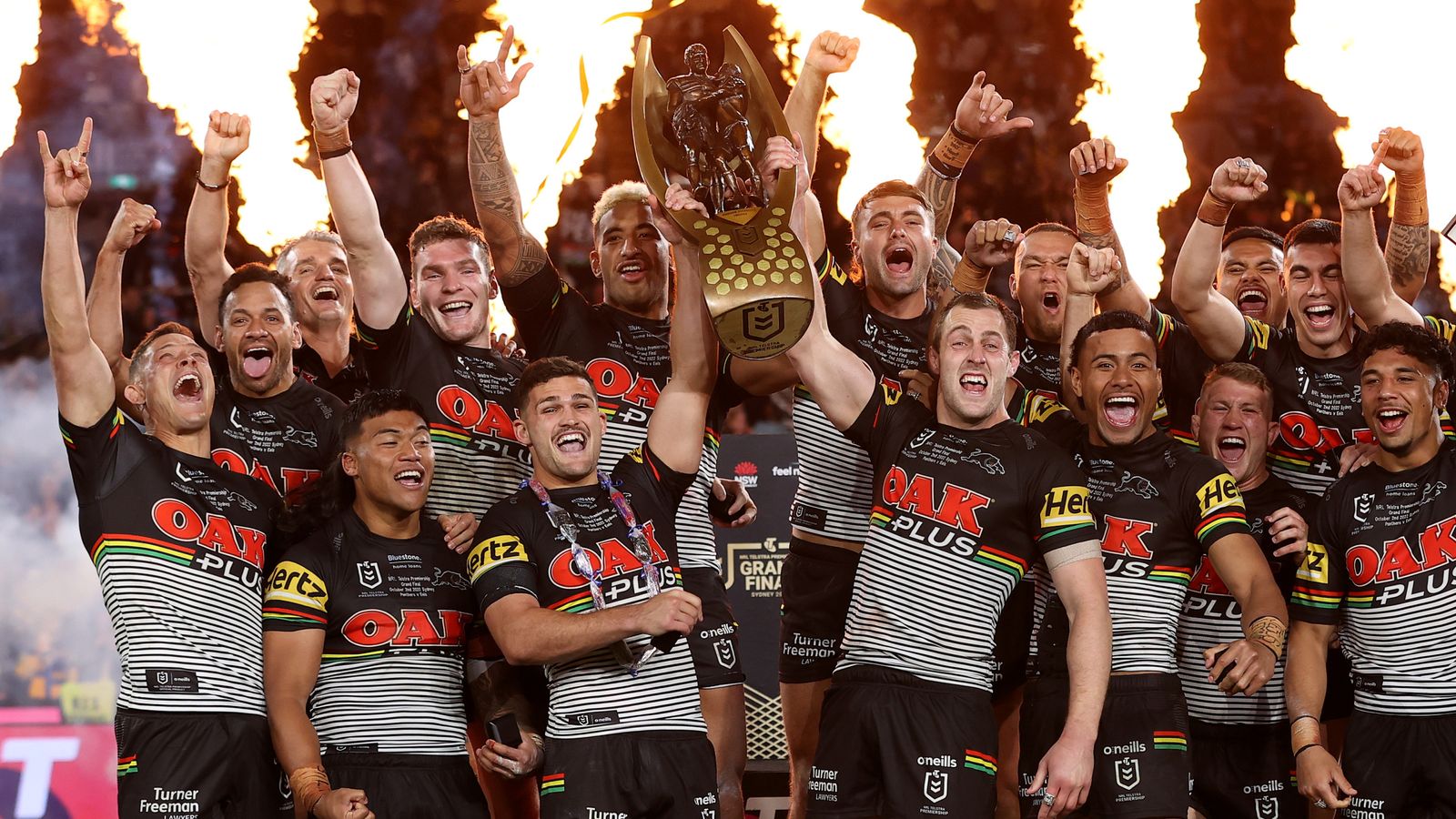 Penrith Panthers cemented their place among the modern great teams with a dominant display against an outclassed Parramatta Eels, highlighted by two tries from winger Brian To’o, who is likely to be in the Samoa team to play England at Newcastle on Saturday week

Penrith Panthers outclassed their western Sydney neighbours the Parramatta Eels 28-12 at the Olympic Stadium on Sunday to win back-to-back NRL titles for the first time.

Winger Brian To’o scored two tries in a Man of the Match performance as the Panthers, who just lost four games all year, became only the second team in the NRL era to win successive premierships after the Sydney Roosters in 2018-2019.

Led by the father-son team of coach Ivan Cleary and his playmaker son Nathan, the Panthers exerted their dominance in the first half and established an 18-0 lead before the break.

Centre Stephen Crichton, forward Scott Sorensen and winger Charlie Staines also crossed and halfback Cleary added eight points with his boot to give the Panthers their fourth title in front of a capacity 82,415 crowd at Accor Stadium to put themselves in the frame to play St Helens, who won a record fourth successive Grand Final eight days ago.

The Eels, who had been looking to break a 36-year title drought, finally got on the scoreboard with consolation tries from Clint Gutherson and Jakob Arthur in the last four minutes.

They were never really in the contest, however, as the Panthers added another triumph to go with their 1991, 2003 and 2021 premiership titles.

Saints are keen to restore the World Club Challenge to the calendar in 2023 by taking on the Panthers but accept there are difficulties to overcome.

St Helens have appeared in seven World Club Challenges and would love to make it eight in February.

“We are keen of course,” said chairman Eamonn McManus.

Saints played in the last World Club Challenge in 2020, when they lost to Sydney Roosters, but the coronavirus pandemic put paid to their chances of tackling Melbourne in 2021 and the Panthers earlier this year.

Chief executive Mike Rush said Super League officials have already been in contact with their NRL counterparts but admits several challenges need to be overcome for the game to take place.

“As always, we would be more than happy to play in the WCC,” Rush said. “The ball is always in the court of the NRL and the Australian club sides.

“We can accommodate the game for sure and Super League has been in contact with the NRL.

“It would, of course, have to fit in with the start of both seasons and an issue could be the costs of staging the game given the price of flights at present.”

It is widely accepted that the UK in February is the best place and time for the event, given Super League’s early season start compared to the NRL, and Rush believes a shorter pre-season caused by the World Cup could add to the difficulties.

Penrith could have as many as 19 players involved in the World Cup which starts on October 15 and runs to November 19.