NYPD Uses Aggressive Tactics On Peaceful Demonstrators Out After Curfew 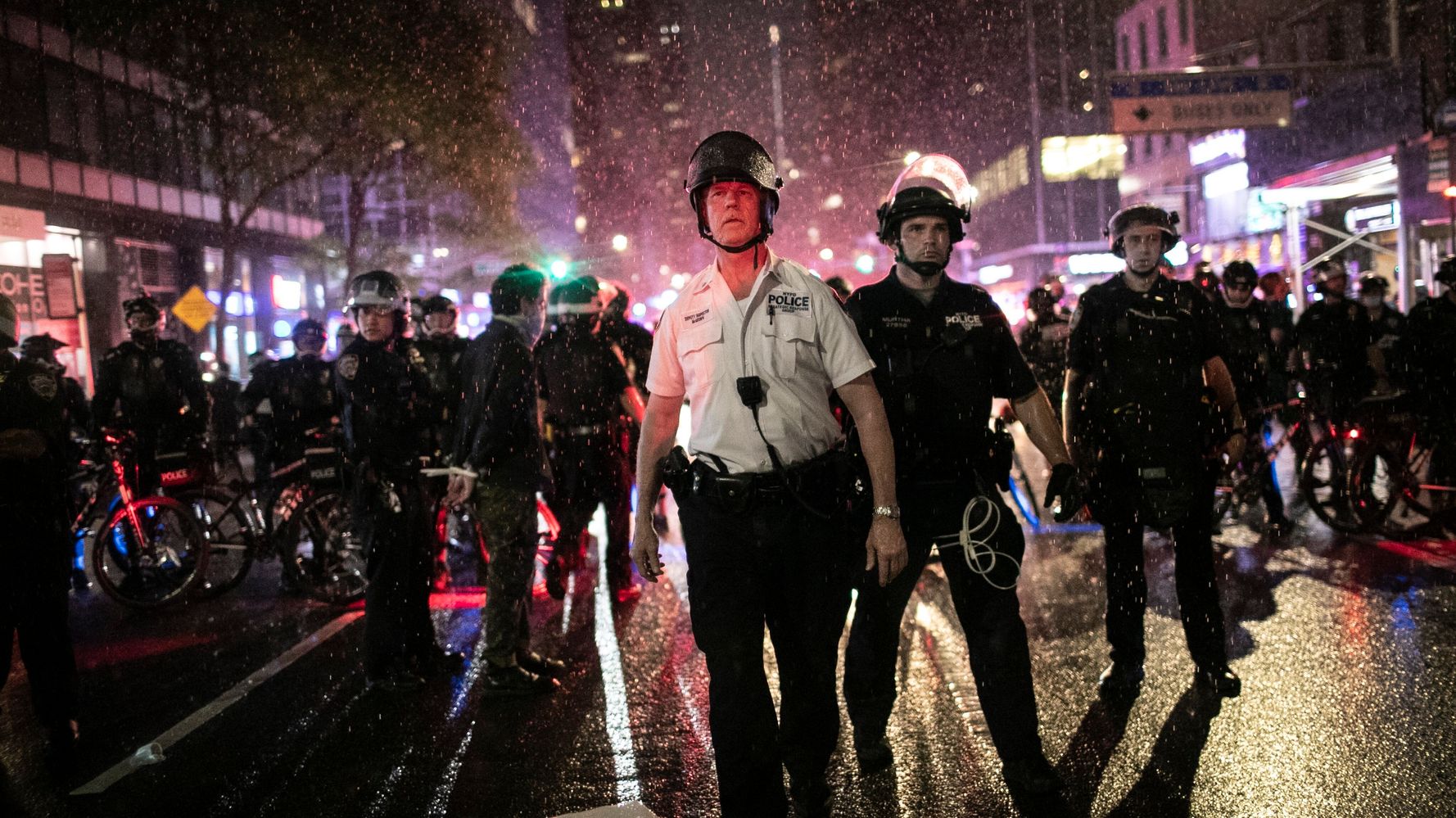 Police officers in New York City cracked down on largely peaceful protesters gathering across the city Wednesday in defiance of a curfew.

Thousands of demonstrators stepped out in Manhattan and Brooklyn during the third night of a citywide curfew amid ongoing protests calling for dramatic police reform following the death of George Floyd. But the gatherings quickly escalated as the 8 p.m. restrictions set in, according to local reports.

Jumaane Williams, New York Cityâ€™s Public Advocate, shared footage of police officers aggressively moving demonstrators, some using batons, away from a gathering outside Brooklyn Borough Hall. He slammed the administration of New York City Mayor Bill de Blasio, saying he did not expect the behavior after the mayor â€œcame into office pledging to reform the type of aggressive policing I experienced tonight.â€

More later, but this is a moment after cops, unprompted as far as I can tell, charged protestors, including a sheltered group of nurses and medics trying to tend to bleeding, injured people who got struck by batons. They had just called an ambulance. pic.twitter.com/fQRBnWBPGT

People stuck in traffic are witnessing NYPD beat up folks on their way home. pic.twitter.com/AkUGPQQOIf

There were reports late Wednesday that three NYPD officers sustained non-life-threatening injuries in Brooklyn, including one who was possibly shot. A press secretary for the mayor said de Blasio was heading to the hospital following the incident. Itâ€™s unclear if the injuries were linked in any way to Wednesdayâ€™s protests.

Terence Monahan, the NYPDâ€™s chief of department, told reporters there would be â€œno more toleranceâ€ after several demonstrations devolved into looting and vandalism in recent days, saying officers had given those gathered some leeway but ultimately enforced the citywide curfew.Â

â€œWhen we have these big crowds, especially in this area, especially where weâ€™ve had the looting, no more tolerance,â€ Monahan said Wednesday, per The New York Times. â€œThey have to be off the street. An 8 oâ€™clock curfew â€” we gave them to 9 oâ€™clock. And there was no indication that they were going to leave these streets.â€

The New York Daily News noted dozens of protesters had been arrested, but said the night appeared calmer than demonstrations earlier this week.

Both the NYPD and the mayor have faced sharp criticism over their handling of the protesters. Thousands of New Yorkers have been arrested since the demonstrations began, including a HuffPost reporter, during clashes with heavily armed police.