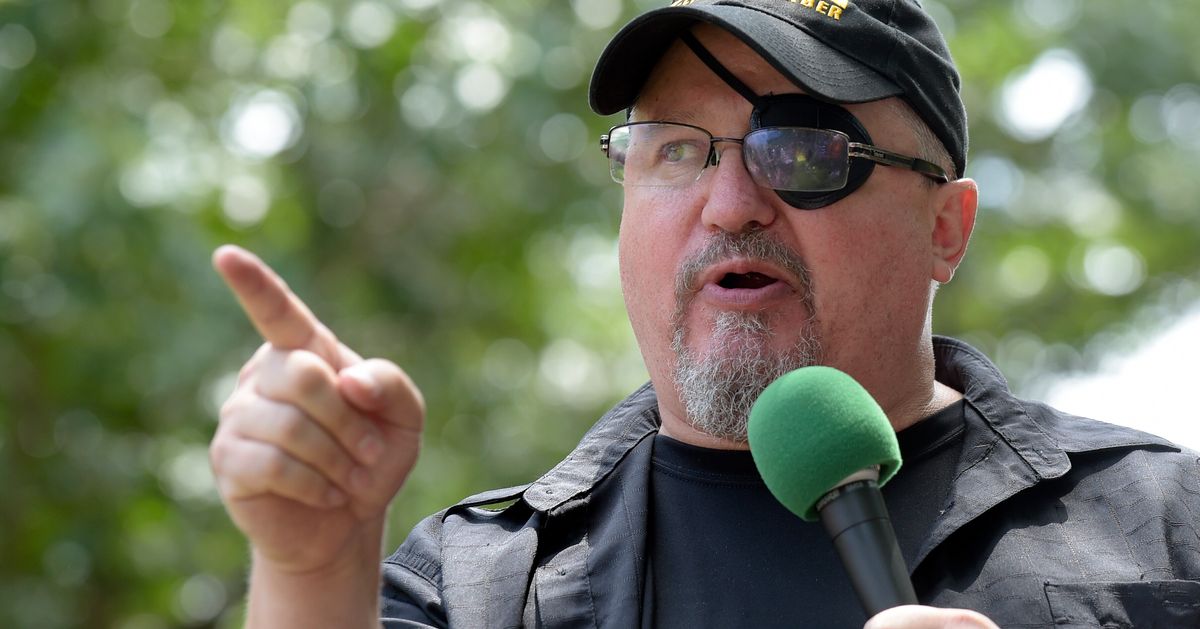 Elmer Stewart Rhodes took the stand Friday in federal court as he sought to defend himself and his far-right Oath Keepers group from accusations that they committed seditious conspiracy for their role in the Jan. 6, 2021, Capitol attack.

Rhodes and four others involved with the group ― Jessica Watkins, Thomas Caldwell, Kelly Meggs and Kenneth Harrelson ― are facing the most serious charges levied so far in the Justice Department’s massive effort to prosecute those involved in the deadly incident.

From the stand, Rhodes positioned himself as a history buff who once worked for then-Rep. Ron Paul (R-Texas), as a military veteran and as a Yale-educated constitutional law expert, reporters at the courthouse said. Some of his beliefs, however, are not grounded in fact, such as the idea that the 2020 presidential election was unconstitutional because states had changed the rules around voting, Law & Crime reported. The rules had been changed to make it safer to vote in the coronavirus pandemic.

Jurors had spent five weeks being led by prosecutors through the Oath Keepers’ alleged efforts to stop Joe Biden from becoming president. Dozens of text messages and testimony from other members of the group painted a picture of an extremist coalition that was gearing up for potentially significant violence.

Jason Dolan, a former Oath Keeper, testified that he was prepared to “conquer or die” to keep then-President Donald Trump in power, CNN reported. He had seriously contemplated how he would say goodbye to his family before going to the Capitol on Jan. 6. While both Dolan and former member Graydon Young said they did not believe there was a specific plan to breach the Capitol that day, they said everyone had an understanding that they were going “to do something” to stop Congress from doing its constitutional duty to certify the results of the 2020 election, The Washington Post reported. Oath Keepers had stockpiled firearms just outside the bounds of Washington, D.C. ― so many that one member testified he had not seen such a quantity of guns since his time in the military, per CNN.

On Friday, however, Rhodes attempted to soften the image of the group.

He reportedly appeared friendly and smiling, becoming emotional at points when he mentioned the suicide rate among U.S. military veterans. The Oath Keepers, he claimed, according to reporters at the courthouse, gave veterans a sense of purpose and provided natural disaster relief.

The group draws its name from the oath that members of the military take to defend the Constitution, and members claim they will refuse to obey any “order” that they deem “unconstitutional.” The Southern Poverty Law Center says they are consumed by “baseless conspiracy theories” about the federal government.

Rhodes’ testimony was cut short by the court’s abbreviated Friday schedule, and is expected to resume next week.