Obituary: Lebo Malepa, the man who brought backpacking to Soweto 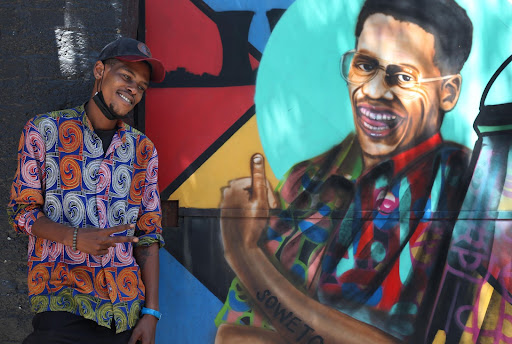 â€œWhen I was at the backpackers and looking at what he had done. I realised that Lebo was a prophet. He was an angel. He has only done good things. For me, he was perfect. He served his purpose,â€ said Bob Nameng, the founder and director of Soweto Kliptown Youth.Â

The 46-year-old trailblazer and social entrepreneur Lebo Malepa died at the Chris Hani Baragwanath Hospital on Christmas Day, after a period of ill health. His untimely death comes after Malepa and his young family contracted the Covid-19 virus. His wife, Maria, and their two boys managed to recover.Â

Malepa was the founder of the three-star Soweto Backpackers, which is popular for offering guests adventurous cycling, tuk-tuks and walking guided tours around one of the countryâ€™s most iconic townships.

â€œI decided to use bicycles as a mode of transport because at the time when I started, I could not afford to have a car to show tourists the area,â€ he said in an interview with ZAmazing ZA in 2020. â€œI was against the fact that the tourists were shown our community through a window. I felt that people must interact: that people must smell the smell of the township; they must hear the sound of the township. They must learn the [hand] greetings of how we greet them here. And they must have a better story to tell.â€Â

South African Tourism board member Thebe Ikalafeng said Malepaâ€™s innovation was not that â€œhe started a tourism business, but that he highlighted that our stories are important and need to be toldâ€.

Malepa, the first-born in his family, didnâ€™t do well at school and that frustrated his father, Vincent, who travelled extensively because of his work at the treasury. He had hoped that both his sons would follow in his academic footsteps.Â

Malepa was expected to be an example to his younger brother Phillip (Philly) and education was seen by his parents as the only way for him to achieve that. Their mother passed away in 1993 when Malepa was 18 years old and Philly only six. By then the family had moved out of the family home in Orlando West (where their grandmother lived) and were living in the more affluent township of Diepkloof.

When their grandmother died, their aunt occupied the house, while his father rented out the outside rooms. Against his fatherâ€™s wishes, Malepa moved out of the Diepkloof home to live with his aunt in Orlando, a move that gave him the freedom to pursue his dreams. In the late 1990s, he started selling crafts to tourists at the Hector Pieterson Museum.

â€œThirty years ago when Lebo started speaking about tourism and backpackers, we didnâ€™t know what that was,â€ remembers Philly at the outdoor restaurant opposite the Soweto Backpackers. â€œFor the mere fact that he was venturing into the unknown, it made my father very uncomfortable. Back then I was young and I have memories of my father saying â€˜Lebo is uselessâ€™ â€¦â€Â

Philly recounts the early days when Malepa was desperately in need of financial support, about how his brother wrote a letter to the popular SABC television show Zola 7. â€œThe letter was well written and all that he needed to do was to post it but he never did.â€ Fifteen years later, when Zola 7 visited the place to have lunch, Philly eventually had the courage to ask his brother why he didnâ€™t send it. His profound response was that he did not want to cheat himself out of the process of sacrifice and striving.Â

Malepaâ€™s breakthrough came when he and other hawkers initiated two soccer games with French tourists visiting the Hector Pieterson Museum. The games took place in Parkview and in Soweto. After the games, while having drinks, he persistently shared his vision that eventually resulted in them coming over to spend a weekend at his grandmotherâ€™s house to experience township life.Â

He prepared a braai for them; that night, some slept on the floor in the main house while some slept in his room. On the second day, he organised a woman he knew to cook them a â€œseven-colourâ€ meal. That experience proved to him that he was on the right path and he decided to officially register a homestay business.Â

The business grew to become what it is today and throughout that process, Malepa made sure that members of the community were involved. Through their tours, the meticulous and selfless businessman deliberately included other township businesses by buying their products.Â

He converted dump sites around the area to food gardens, parks and a camping site. He gave employment to so many people who had no working experience and won numerous awards for championing township tourism and for thinking out of the box. Â His father got a chance to see his success and supported him before he passed on in 2019.

â€œSo many of my traits are Leboâ€™s traits,â€ said Philly. â€œI didnâ€™t have to look far for a role model or inspiration.â€Â

Lebohang Malepa is survived by his three kids, his wife Maria, a brother and a sister.Â