With an improvement in the COVID-19 situation, the Odisha government on Saturday announced reopening of shopping malls, parks and cinema halls among several relaxations in all the districts, barring three cities where coronavirus caseload is relatively high.


The administration granted the relaxations for a month starting from 6 am on Sunday, Special Relief Commissioner (SRC) P K Jena said, adding that the existing 10-hour night curfew from 8 pm will be in place in all the districts.

“The new guidelines will be enforced for a month till 6 am on September 1,” he said.


The SRC also said the unlock measures will not be implemented in Bhubaneswar, Cuttack and Puri where the pandemic situation is worrisome.


The weekend shutdown will remain in force in the three cities.


“There has been a significant improvement in the COVID situation in 27 districts, though Khurda Cuttack and Puri are reporting more than 100 cases every day,” he said.


All weekly and monthly markets, shopping malls and parks are allowed to reopen across the state from Sunday but the restrictions on social and political gatherings are not withdrawn.


Offices, both government and private, are also permitted to function with half the manpower, the SRC said.


The state government asked the district administrations to decide on the reopening of religious places, except Shree Jagannath temple in Puri and Shree Lingaraj temple in Bhubaneswar, he said.


Malls, restaurants, roadside eateries, bars, theatres and cinema halls are also allowed to operate with 50 per cent seating capacity and strict adherence to COVID-19 protocols. People have been allowed to only take away food from eateries till Sunday and were not permitted to avail of dining facilities.


“Those who have received both doses of the COVID vaccine will be allowed to enter these facilities in Bhubaneswar, Cuttack and Puri, he said, adding that authorities of shopping malls, restaurants and theatres will have to ensure enforcement of health safety protocols on their premises.


An official notification said educational institutions, including coaching centres, museums, tourist places, zoos and archaeological monuments across the state will reopen with adherence to COVID protocols.


Bus operators are also permitted to resume services, allowing passengers only up to seating capacity, it said.


The public transport authorities have decided to restart bus services across Bhubaneswar from Monday.


Capital Region Urban Transport general manager Dipti Mahapatro said the ‘Mo Bus’ (My bus) services will be available on 25 routes from 7 am to 7 pm on weekdays.


The authorities will run 194 buses, she said, adding that the service will continue to remain suspended on the weekends.


He, however, said there is “no relaxation” in marriages and funeral functions.


Marriages will be permitted with the maximum limit of 25 guests, and the number of people participating in thread ceremonies and funerals should not exceed 20, he said.


All official meetings will be allowed with a maximum of 100 participants but the highest number of 30 people will be permitted to take part in programmes such as inauguration and laying of the foundation stone of projects, Jena said. 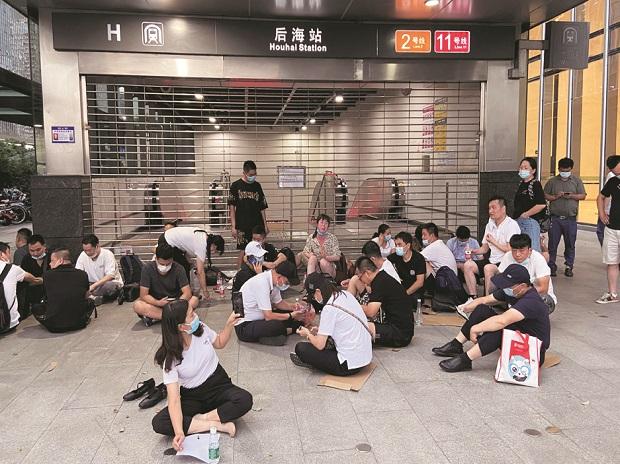 Evergrande gave workers a choice: loan us cash or lose your bonus