Of 9,000 Covid patients kept in home isolation, one succumbed to infection 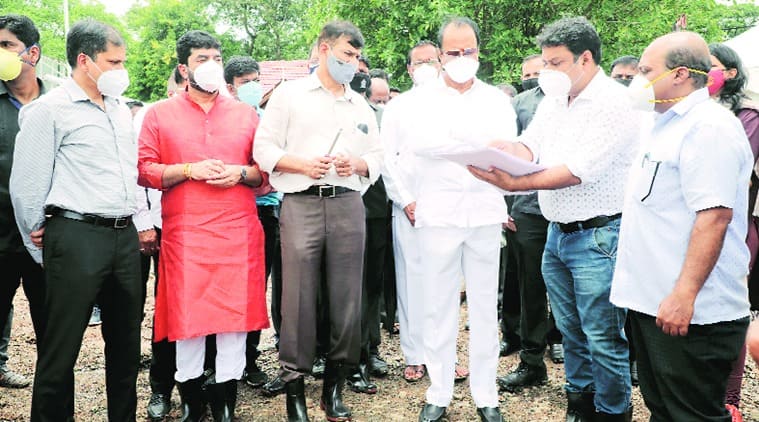 EVEN as the state government on Friday put the industrial city of Pimpri-Chinchwad in â€˜red zoneâ€™ category due to rising Covid-19 cases, the civic administration of Pimpri-Chinchwad Municipal Corporation said more people opting for home isolation has helped take huge load off its hospitals and Covid Care Centres. Of the 9,000 patients in home isolation in over a month and half, only one death has been reported so far.

â€œIn view of the surge in positive cases, we had sent a proposal to the state government regarding categorisation of the industrial city into red zone. The government has accepted our proposal,â€ Municipal Commissioner Shravan Hardikar told The Indian Express on Friday.

The PCMC administration, however, said there wonâ€™t be many changes. â€œWe have been putting restrictions that are done in red zone. Curbs like operation of shops on odd-even dates are already in practice,â€ Hardikar said.

As on Friday, Pimpri-Chinchwad has reported over 27,000 Covid-19 cases.

Hardikar said of the 9,000 patients who were kept in home isolation, at least 100 had to be admitted in hospitals after they develop fever or suffered from shortness of breath. â€œWe regularly monitor such home isolated patients. They get at least two calls from our call centre every day. If they develop any Covid-19 symptoms, we send our ambulance and get them admitted,â€ he said.

PCMC Additional Municipal Commissioner Santosh Patil said, â€œOf the 9,000 home isolated patients, only 1,700 are active cases. Home isolation has taken huge load off our hospitals and CCCs. Even as we are setting up new facilities, which will take time, home isolation for asymptomatic patients has worked well.â€

Hardikar said patients who do not have separate bathroom and toilet facilities are not being allowed to follow home isolation. PCMC is also not allowing patients with co-morbidities to be in home isolation.

For all the latest Pune News, download Indian Express App.