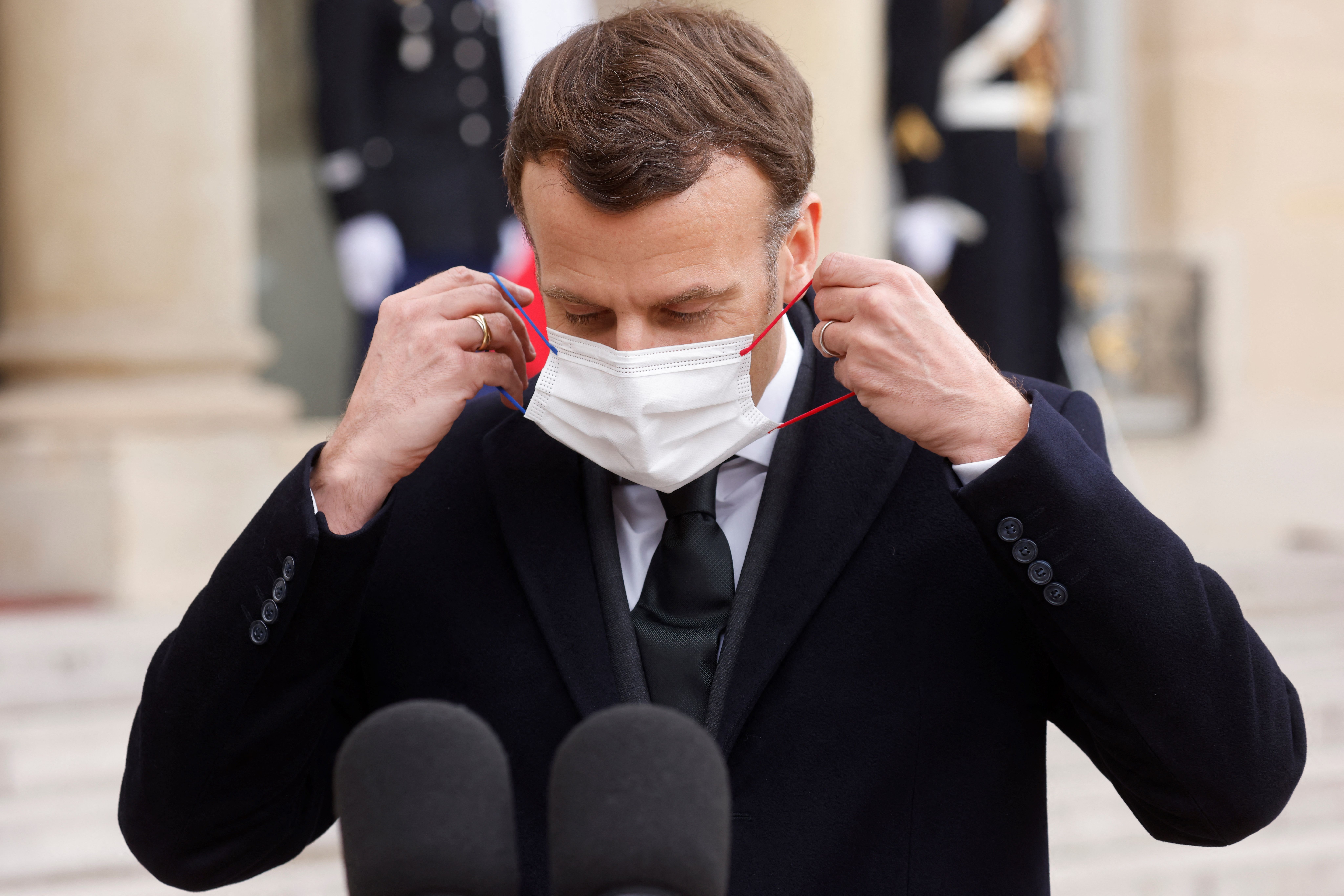 PARIS â€”Â Emmanuel Macron had hoped his country’s EU presidency would boost his own likely reelection bid â€”Â and then along came Omicron.

“There is a risk” that the Omicron wave that has swept across Europe in recent weeks limits the French EU presidency’s impact beyond the corridors of policymaking as local events in smaller towns are moved online, an official from the ElysÃ©e Palace conceded Wednesday.

“The important thing to remember is that in this difficult sanitary situation, we have adopted a health doctrine. We are cautious,” the official added.

France has been particularly badly hit by the latest coronavirus variant. On Wednesday, more than 332,000 new cases were registered in 24 hours â€”Â a record high.

The Omicron wave will likely not make much difference to EU legislative work in Brussels â€”Â interinstitutional talks, working parties and the like â€”Â as the EU bubble has already learned to adapt over the past two years.Â

But dozens of events throughout France scheduled for the next three months risk being canceled or going virtual, and it’s already happening â€”Â a conference on the protection of workers sent from one EU state to another has already moved online.

That would threaten the EU-themed (and non-cycling) tour de France, intended to show French citizens outside Paris the benefits of the EU â€” and the key role Macron plays within it â€”Â as well as winning political points with local mayors ahead of the April vote. Macron hasn’t officially declared his candidacy but when he does, he will be the candidate with by far the most pro-EU agenda.

The French presidency of the Council of the EU â€” which kicked off on January 1 and lasts for the first half of the year â€”Â hasn’t had an auspicious start.

“If it were not for the flag episode, the beginning of the French EU Council presidency would have almost gone unnoticed because of the dominance of this COVID wave,” said SÃ©bastien Maillard, director of the Jacques Delors Institute think tank, referring to the outrage triggered by the EU flag flying solo under the Arc de Triomphe over the weekend.

The hoisting of the EU flag (and not the French one) was meant to mark the beginning of theÂ EU presidency but quickly became a fight over Franceâ€™s history and identity, and saw all of Macron’s rivals turn on him.

This week’s visit to Paris by all the European commissioners is going ahead as planned, although the program hangs by a thread because of the pandemic and needed readjustment after National Assembly President Richard Ferrand tested positive for COVID-19 on Monday. Commission Vice President VÄ›ra JourovÃ¡ will not make the trip because she is ill, a Commission spokesperson said, although he did not say whether she had coronavirus.

This time last year, when Portugal held the rotating EU presidency, a visit to Lisbon by the Commission top brass resulted in three commissioners going into isolation because of infection risks â€” a cautionary tale for Paris.

Plans B and C

Despite initial optimism that the vaccine rollout would bring back something resembling normal life, French authorities have drawn up three scenarios for the EU presidency, officials said: one where everything takes place in person, one where it all goes online, and a hybrid of the two.

Barely a week in and the optimistic, in-person scenario is already out of the window, at least until January 23.Â In France, only events of “major importance” and informal ministerial meetings with small delegations will go ahead in person until that date, and authorities will reconvene every two weeks to decide on the way forward. In Brussels and Luxembourg, meetings are planned as normal (for now).

Macronâ€™s speech at the European Parliament in Strasbourg on January 19, which is expected to be a key moment for both the EU presidency and his electoral campaign, is for now still on, according to two French officials.Â

However, the fate of the dozens of other events with European lawmakers and a range of industries on issues from aviation to the audiovisual sector in cities such as Toulouse, Angers and Marseille is unclear.

“The challenge remains to demonstrate … that Europe is as close as possible to its citizens,” said Marie-Pierre Vedrenne, an MEP from Macron’s delegation.Â She acknowledged that the “COVID daily crisis” made it harder to get that message across, but highlighted it was up to politicians to show people that the response to the pandemic is effective at European, as well as national, level.

The organization of events in towns all over the country was also designed to help Macron get closer to local mayors from parties that could become helpful in future alliances. For example, the mayor of Angers in eastern France â€” which is scheduled to host a day-long conference on the audiovisual sector at the end of January â€”Â is the secretary-general of Horizons, the new party of the French president’s frenemy and former Prime Minister Ã‰douard Philippe. Toulouse, where the annual Digital Assembly is set to take place in June, is also run by a politician close to Philippe.

According to Maillard from the Delors Institute, the French president can still leverage the next three months of his country’s EU presidency if he manages to get political agreement on issues currently up for consideration by the EU in time for the election. Topics such as the minimum wage, the border-free Schengen zone and the carbon border tax all resonate with French public opinion.

However, in more immediately, the pandemic could spoil one of the taglines of the French EU presidency â€”Â “belonging.”

“It is difficult to make the ‘belonging’ feeling come alive in a country where people are wondering what they should do if they are positive for COVID and who will look after the children if the schools close,” Maillard said.