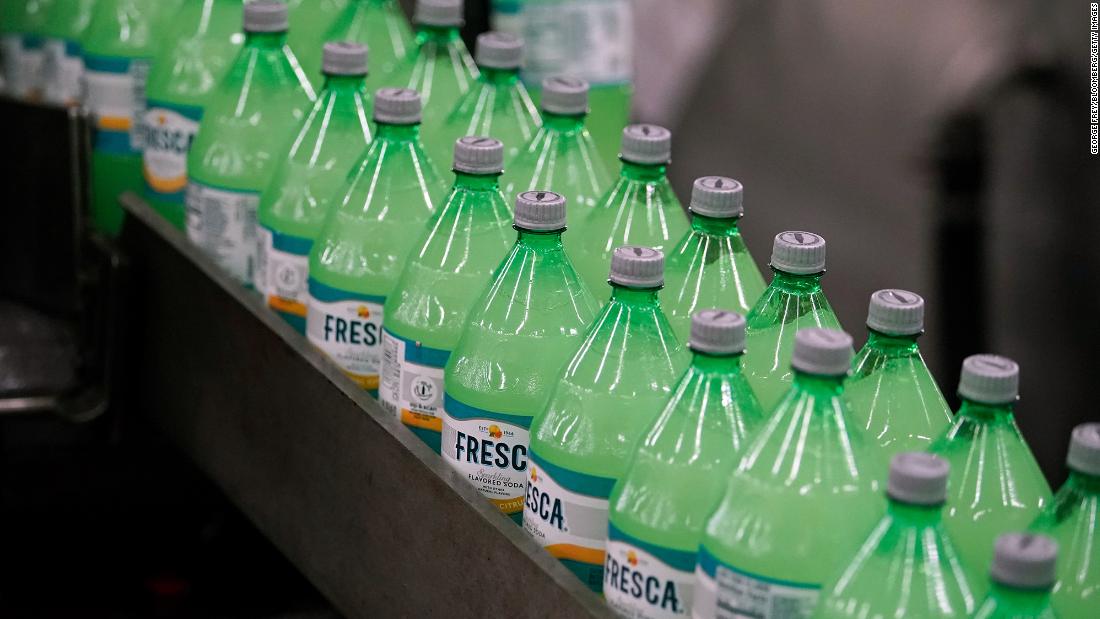 In a partnership between Corona brewer Constellation Brands and Coke, the companies will launch Fresca Mixed, a spirit-based cocktail, later this year.

Fresca is the second non-alcoholic drink owned by Coke to be turned into a spiked version. In 2020, it successfully launched Topo Chico hard seltzer. Imagery and nutritional information for Fresca Mixed hasn’t yet been released.
Constellation (STZB) and Coke said they are launching the product because Fresca is “experiencing a surge in popularity,” because it’s zero-calorie and has no sugar, making the 64-year-old beverage an optimal choice as a mixer.
The companies didn’t reveal what flavors they’ll release, but they said that Fresca Mixed will be “inspired by recipes created by Fresca fans from around the globe.” One notable fan is Bravo host Andy Cohen, who commonly drinks a “Frequila” on his show, which mixes tequila and a Fresca.

Canned cocktails sales have exploded as drinkers look for convenience and new flavors beyond wine and beer. The beverage category grew 53% last year and is projected to grow another 29% over the next three years, according to data from IWSR Drinks Analysis. Constellation’s research says the that adult alternative beverages, which includes ready-to-drink cocktails, represent an $8 billion market and will continue to grow.

The craze is overshadowing spiked seltzers. Following strong sales over the past few years, the low-calorie drink has faded in popularity — and sales — as customers get bored of it.
Coke rival PepsiCo (PEP) announced last year its entry into alcohol drinks with “HARD MTN DEW,” a sugar-free canned beverage with 5% alcohol by volume that is being created with the Boston Beer Company (SAM).