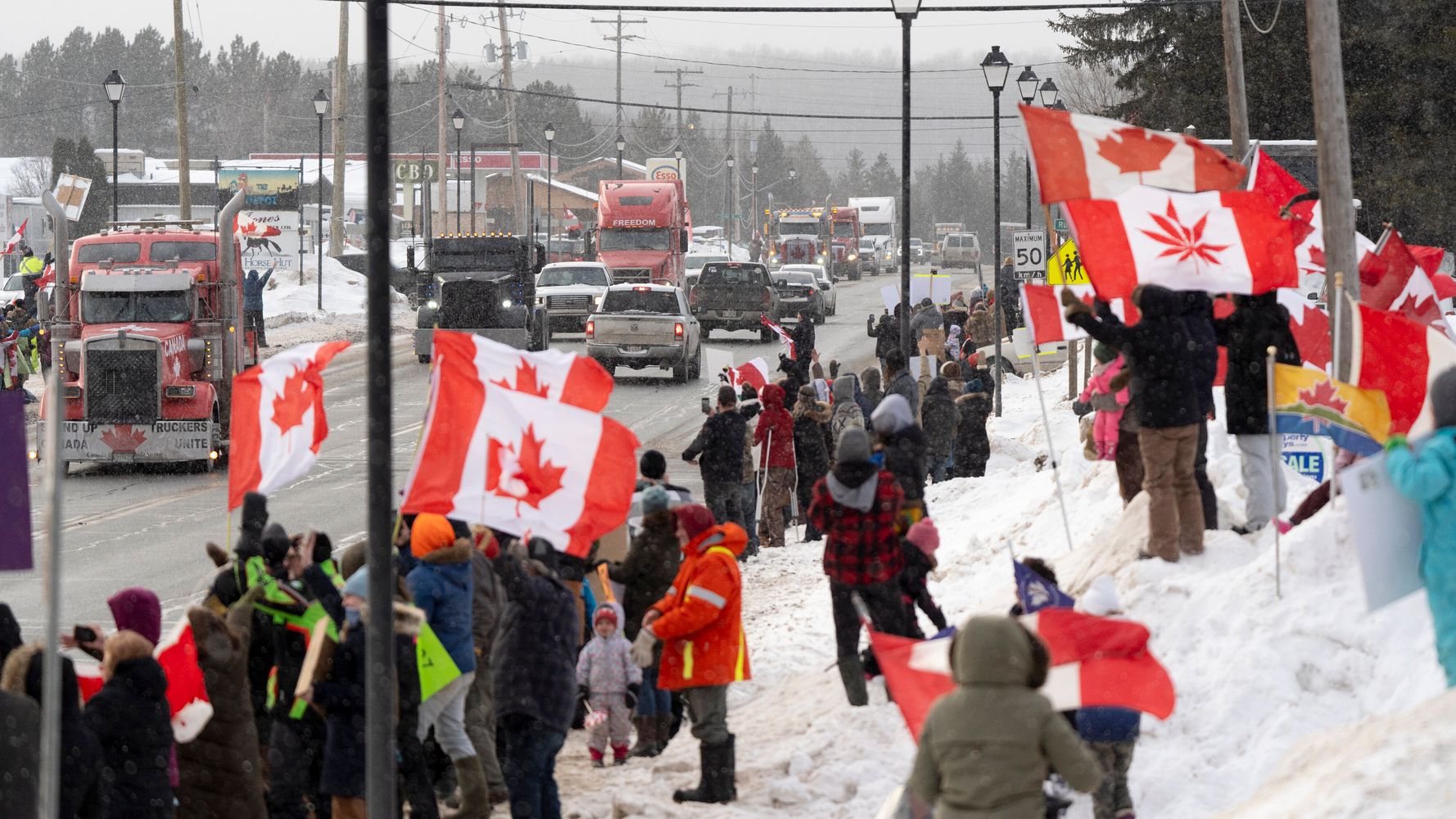 TORONTO (AP) â€” Crowds cheered, waved flags and hoisted signs in Ontario on Thursday as parts of a convoy of truckers headed for Ottawa to protest the Canadian governmentâ€™s COVID-19 vaccine mandate for cross-border drivers.

In a packed mall parking lot north of Toronto, supporters threw cash and food up to truckers in their vehicles on Thursday, while others held up signs protesting the government as transport trucks gradually rolled out. Some people harassed journalists covering the rally. Others cheered trucks on from overpasses.

The convoy of truckers set to descend on Canadaâ€™s capital has prompted police to prepare for the possibility of violence and politicians to warn against escalating rhetoric linked to the demonstration. A top Parliament official warned lawmakers to avoid the protest and to lock their doors amid reports their private homes may be targeted.

The truckers are, in part, protesting a new rule that took effect Jan. 15 requiring truckers entering Canada be fully immunized against the coronavirus. The United States has imposed the same requirement on truckers entering that country Jan, 22.

Some with extreme, far-right views have latched onto the protest against the mandate. One online video includes a man expressing hope the rally will turn into the Canadian equivalent of the Jan. 6, 2021, riot at the U.S. Capitol by supporters of former President Donald Trump.

Opposition Conservative leader Erin Oâ€™Toole said he will meet with truckers but not the organizers of the convoy.

The Canadian Trucking Alliance has estimated that about 15% of truckers in Canada â€” as many as 16,000 â€” are not fully vaccinated

Mike Fabinski, a truck driver from Barrie, Ontario, said the mandate means he wonâ€™t be able to work cross-border routes any more.

Fabinski said he has been driving trucks for 20 years but has not been able to travel to the U.S. since the mandate became effective Jan 15.

â€œI was going non-stop until they started last Saturday,â€ he said. â€œNow I cannot go. I cannot work no more.â€

The federal government ended truckersâ€™ exemption to the vaccine mandate two weeks ago, meaning Canadian truck drivers need to be fully vaccinated if they want to avoid a two-week quarantine when they cross into Canada from the U.S.

Police in Ottawa have said they are planning for as many as 2,000 demonstrators.