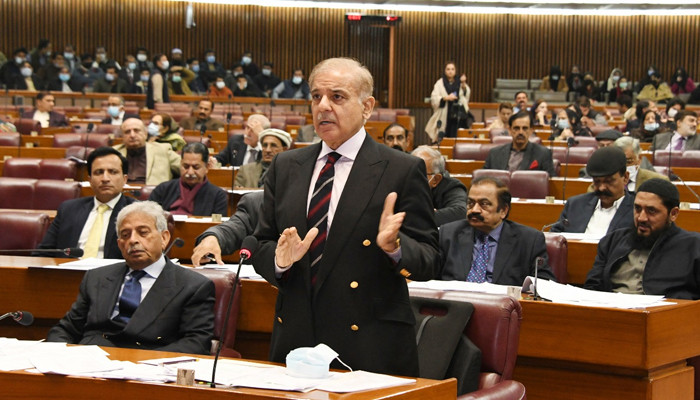 ISLAMABAD: Leader of the Opposition in the National Assembly Shahbaz Sharif on Tuesday said that the Opposition is ready to support the government if it decides to take a stand against the International Monetary Fund (IMF) in the public interest.

Speaking during a session of the National Assembly, the PML-N president said the government is “putting Pakistan at stake for a mere $1 billion”.

He said that $1 billion “can be arranged with everyone pitching in”, “let’s talk about this issue in the House”.

If the government decides to stand against the International Monetary Fund (IMF) in the public interest, the Opposition will support it, Shahbaz said.

The Opposition is ready to support the government if it rejects the conditions put forth by the Fund, he added.

Shahbaz underlined that Pakistan is currently one of the most expensive countries in the world. Highlighting the “unnecessary taxes” in the supplementary finance bill, he said that countries are reducing taxes while the PTI government is imposing additional taxes.

‘We extended our support for FATF’

Shahbaz said: “I said earlier that Nero fiddled while Rome burned. Today they [the government] have proved me right. Rome is burning and Nero is playing the fiddle.”

The Opposition cooperated with the ruling PTI government for removal from the Financial Action Task Force’s (FATF) grey list. However, “we were called thieves,” the Opposition leader said.

The PML-N leader told the House that it “wasn’t former prime ministers Nawaz Sharif or Shahid Khaqan Abbasi who stood on the container and said that if the power tariff is increased, then the prime minister of that time is a thief”. “

“This was said by the current Prime Minister Imran Khan,” he said.

The Opposition leader termed the government as “the most incompetent, lethargic and sinister one that Pakistan has ever seen”, for having failed at several fronts, including controlling poverty, inflation and the Murree crisis.

‘Agriculture, industries in a terrible state’

Shahbaz highlighted that the government has proposed taxes on the export of machinery for charitable hospitals along with increasing taxes on exports of equipment used for treatment of TB and cancer patients.

He added that in the supplementary finance bill, the government has also proposed an increase in taxes on the export of raw material required for the production of medicines, “which will eventually increase the price of medicines in the country”.

Shedding light on the agriculture sector, the Opposition leader said that Pakistan was self-sufficient in agricultural produce a few years back, however, because of the incumbent government, the country now has to import wheat and sugar.

“How will we promote agriculture if they are imposing additional taxes on the import of agricultural implements and machinery?” he questioned.

Recalling the time when PML-N was in power, he said that during their tenure, the price of urea was Rs1,200 and today the price is around Rs3,700.

Meanwhile, the price of DAP (diammonium phosphate) during PML-N’s tenure was Rs2,400, while currently the price is around Rs9,500, that too in the black market.

“Agriculture, industry, businesses and the common man, all are in a terrible state,” Shahbaz said.

He said that the PTI government promised to construct five million houses but they “snatched jobs from six million people”.

“The government did not even lay a single brick for the construction of these long-promised houses,” he said, adding that the Opposition now “fears taking the name of Riyasat-e-Madinah”.

Shahbaz recalled: “During PML-N’s rule, inflation was around 2.3% — things were most affordable during our tenure.”

‘PTI leaders have become a security risk for Pakistan’

Shahbaz added that the PTI leaders have “become a security risk for Pakistan”.

“They have imposed taxes on bakery items, eggs, red chillies, and even formula milk; how can they claim that there will be no inflation?” he questioned.

The Opposition leader went on to say that Prime Minister Imran Khan “constantly speaks about the development of children in his speeches, however, his government has not even spared formula milk from being taxed”.

‘Vast difference between words and actions of govt’

The Opposition leader said that earlier, “Imran Khan imported machinery for his hospital at cheap rates, which was a good thing because patients are treated for free”.

Why is the government now imposing taxes on the import of machinery for private and charitable hospitals, he asked.

“I suffered from cancer back in 2003, and only a cancer patient can understand the suffering of other patients,” he added.

The PML-N leader said that there is a vast difference between the words and actions of the government.

“They say something else and deliver something completely different,” he said, adding that if fair elections are conducted, people will let the government know where they actually stand.

Speaking on the floor of the National Assembly,  Umar criticised Opposition parties — PML-N and PPP — for signing past deals with the IMF during their respective tenures.

“During their terms, PML-N approached the IMF four times, while the PPP approached the Fund seven times, and now the Opposition leader is talking about the charter of economy,” Umar said.

He added that Nawaz Sharif ruled the country thrice but “did not sign a charter of the economy with the Opposition even once”.

Umar in continued criticism of the Opposition said that “if we talk to PML-N about the charter of economy, we would learn nothing except ways to make illegal money, corruption, and money laundering”.

The minister said that “Shahbaz used to call Asif Zardari a thief,” while his party used derogatory words for late Benazir Bhutto.

Talking about the Financial Action Task Force’s (FATF) decision to place Pakistan on its grey list, Umar said that the country was added to the grey list during PML-N’s tenure.

“During legislation on getting Pakistan off the FATF grey list, PML-N opposed the process,” he said.

The federal minister said that the PML-N collected Rs3,800 billion in terms of tax, while the PTI has managed to recover a sum of Rs4,800 billion worth of taxes despite being hit by COVID-19.

“We will also collect a tax of Rs6,000 billion rupees this year,” he said.

Referring to a clip of former finance Minister Miftah Ismail in which he talks about the economic crisis in the country, Umar said: “He admitted that the titanic that the economy was,  was sinking during his tenure.”

Umar said that Pakistan’s economy has improved by 4% due to PTI’s efforts despite the COVID-19 wave in-country, adding that, “the previous year, Gross Domestic Product (GDP) was recorded at 5%, while this year a target of achieving 4.8 % GDP has been set but it will be higher than this”.

He said that in the first six months of the current fiscal year, exports in the country have increased by 27% to 28%, adding that the country is going to witness a record increase in remittances too. 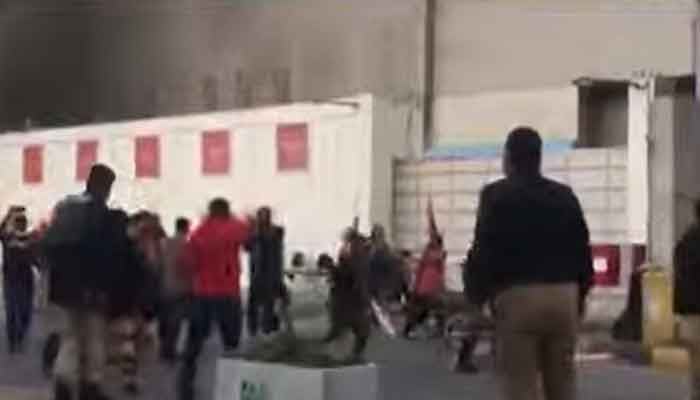 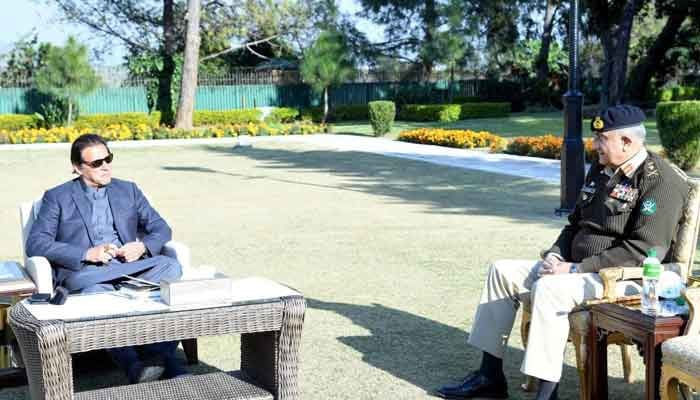