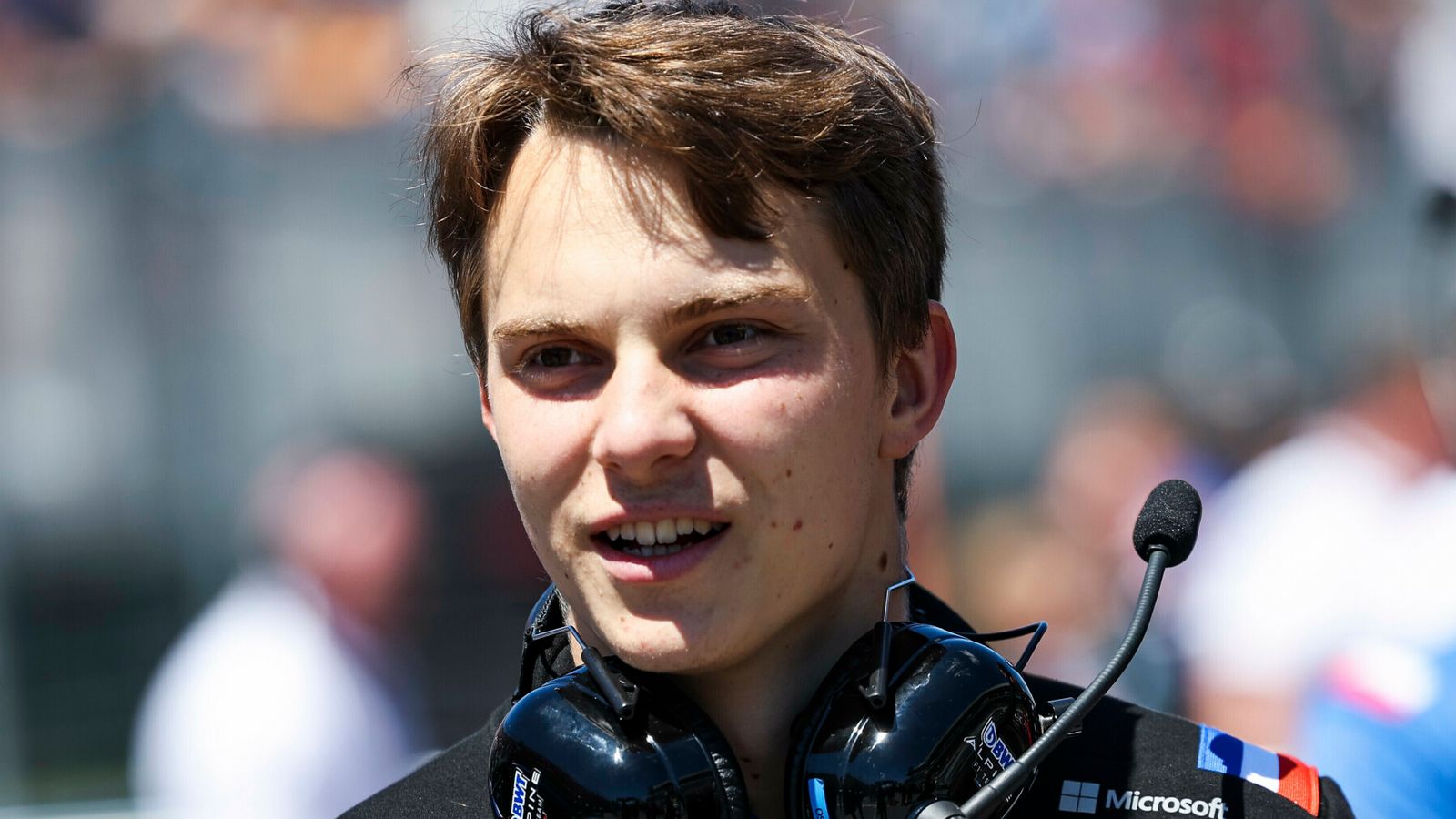 Oscar Piastri was at the centre of a major Formula 1 controversy over the summer as he left Alpine for McLaren; the 21-year-old Australian will now be able to drive for McLaren in post-season test in Abu Dhabi

Andreas Seidl and Otmar Szafnauer discuss Oscar Piastri’s early release from his contract with Alpine to drive for McLaren in the Abu Dhabi young driver test.

Andreas Seidl and Otmar Szafnauer discuss Oscar Piastri’s early release from his contract with Alpine to drive for McLaren in the Abu Dhabi young driver test.

Alpine have agreed a deal to allow Oscar Piastri an early release from his contract, enabling the 2023 McLaren driver to participate in an end of season test with his new team.

Piastri was at the centre of a major Formula 1 controversy over the summer as Alpine announced he would replace Fernando Alonso, before the 21-year-old Australian took to social media to deny any agreement with the French team.

It was later confirmed that Piastri had signed an agreement to replace Daniel Ricciardo at McLaren, with the saga eventually settled by a Contract Recognition Board ruling, which cleared his move.

Bad feeling lingered at Alpine, with whom Piastri had been a reserve driver since 2019 as he established himself as one of motorsport’s most successful juniors, but team principal Otmar Szafnauer confirmed on Saturday that a deal has now been agreed with McLaren.

“The season’s nearly at the end and it was time to come to an agreement, and we did,” Szafnauer said.

Australian Oscar Piastri sends a message to the McLaren fans, thanks Alpine and ‘can’t wait to be representing papaya’.

Australian Oscar Piastri sends a message to the McLaren fans, thanks Alpine and ‘can’t wait to be representing papaya’.

“We’re happy that Oscar can start his McLaren career after the last race in Abu Dhabi and do the test.”

The deal allowed Piastri to conduct a test in McLaren’s 2021 car in France last week, and also means he can officially join McLaren on Monday after next weekend’s season finale in Abu Dhabi.

That allows Piastri to participate in the post-season young driver test that follows in Abu Dhabi, which will give him a first opportunity to drive McLaren’s 2022 car.

Nico Rosberg has been surprised at how badly Alpine have managed Oscar Piastri’s situation, claiming they should have made the contract rock solid after investing so much.

Nico Rosberg has been surprised at how badly Alpine have managed Oscar Piastri’s situation, claiming they should have made the contract rock solid after investing so much.

“I can confirm that in the end we reached a settlement agreement with all parties involved which enabled us to put Oscar in an old car last week at Paul Ricard to do a private test,” McLaren team principal Andreas Seidl said on Saturday, sat alongside Szafnauer at the press conference.

“Kilometers in F1 cars now for race drivers are quite limited with the regulations that are in place, especially when it comes to running the current car, and therefore it’s obviously a very important test for us to get an initial read from Oscar’s side as well on our car, and give him an initial feeling.”

Szafnauer also confirmed that Alonso’s eventual replacement Pierre Gasly, who is joining from AlphaTauri, will get his first experience at the wheel of the Alpine in the young driver test in Abu Dhabi.

Alonso is also expected to drive for his new team Aston Martin, while Nyck de Vries will feature for AlphaTauri.