Out Of This World: 555.55-Carat Black Diamond Lands In Dubai 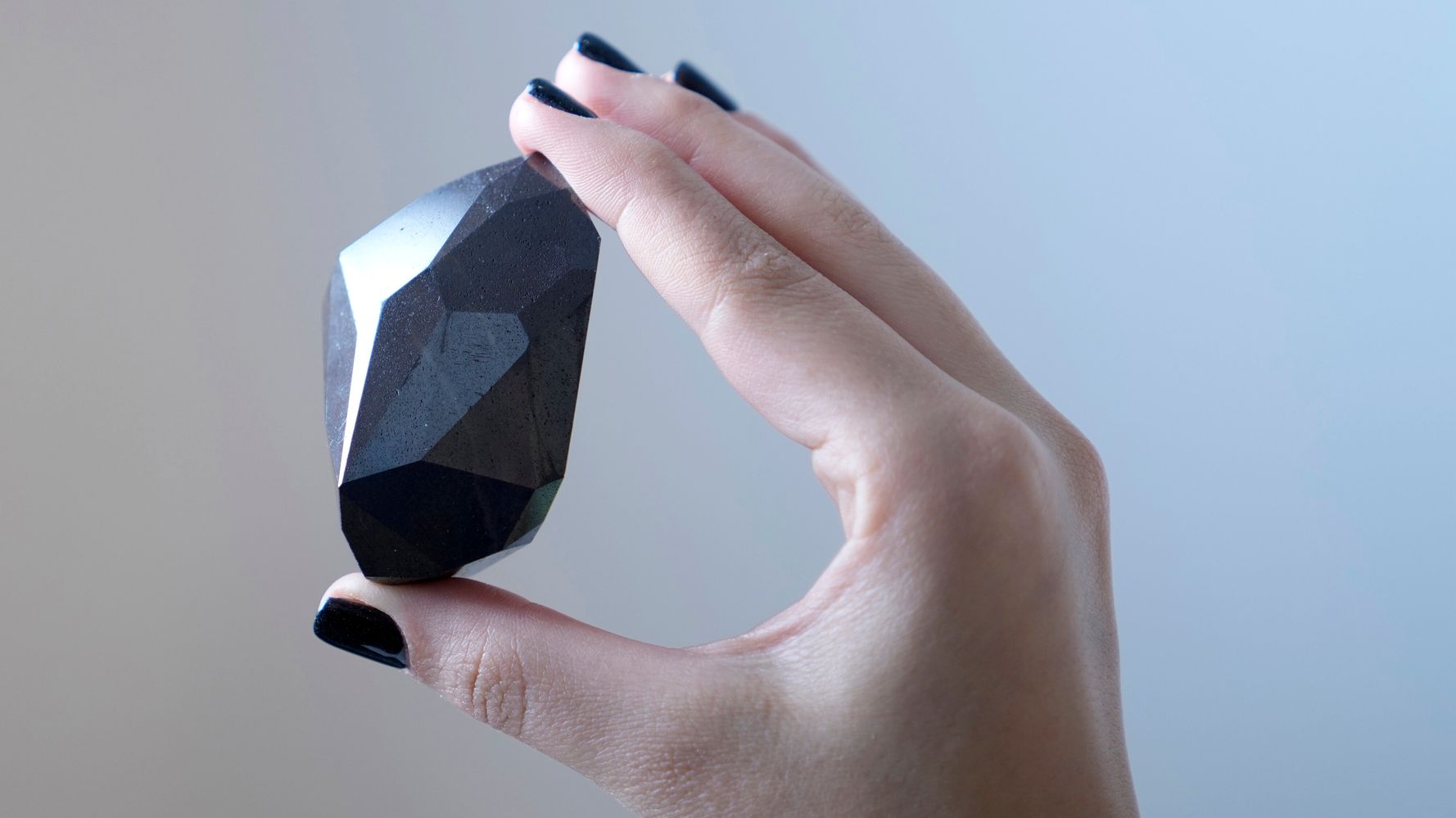 Sothebyâ€™s calls the 555.55-carat black diamond â€” believed to have come from outer space â€” â€œThe Enigma.â€ The rare gem was shown off on Monday to journalists as part of a tour in Dubai and Los Angeles before it is due to be auctioned off in February in London.

Sothebyâ€™s expects the diamond to be sold for at least 5 million British pounds ($6.8 million). The auction house plans to accept cryptocurrency as a possible payment as well.

Sophie Stevens, a jewelry specialist at Sothebyâ€™s Dubai, told The Associated Press that the number five bears an importance significance to the diamond, which has 55 facets as well.

â€œThe shape of the diamond is based on the Middle-Eastern palm symbol of the Khamsa, which stands for strength and it stands for protection,â€ she said. Khamsa in Arabic means five.

â€œSo thereâ€™s a nice theme of the number five running throughout the diamond,â€ she added.

â€œWith the carbonado diamonds, we believe that they were formed through extraterrestrial origins, with meteorites colliding with the Earth and either forming chemical vapor disposition or indeed coming from the meteorites themselves,â€ she said.

Black diamonds, also known as carbonado, are extremely rare, and are found naturally only in Brazil and Central Africa. The cosmic origin theory is based on their carbon isotopes and high hydrogen content.