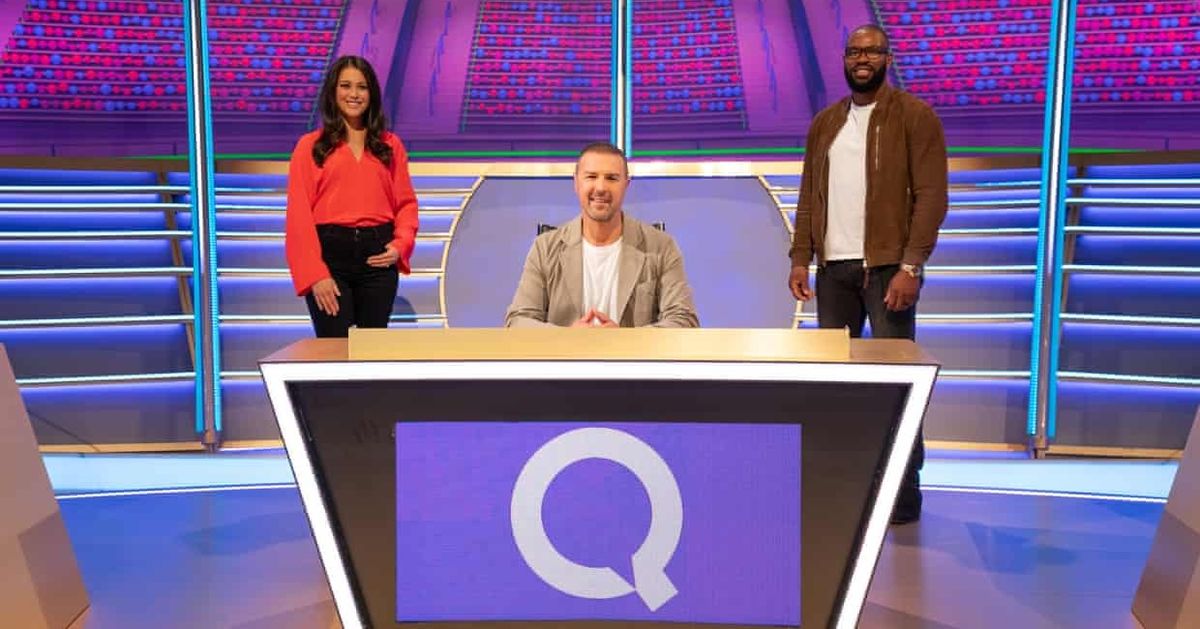 A Question Of Sport relaunched on Friday evening with a brand new look – but not everyone was a fan of the long-running show’s reboot.

Sue Barker, who hosted the show for 24 years, has been replaced with Paddy McGuinness, while former team captains Matt Dawson and Phil Tufnell have also stepped down and been replaced with hockey star Sam Quek and upcoming Strictly Come Dancing contestant Ugo Monye.

An interesting and strange decision to swap Sue Barker for Paddy McGuinness on Question of Sport. That’s like swapping Huw Edwards for Cilla Black on the 6 o’clock news.

Paddy McGuinness on question of sport is like watching Keith Lemon host university challenge which actually i would watch so fk this tweet.

Caught a glimpse of question of sport tonight. Well done BBC another dumbing down of a great programme. Nothing against Paddy McGuinness but it’s a sports programme. Just leave instititutions alone.

Sorry but why is Paddy McGuinness hosting Question of sport? Surely there was someone with a legitimate sporting background who could do this!

GET PADDY MCGUINNESS OFF QUESTION OF SPORT..ALREADY DOING MY HEAD IN ..BRING BACK SUE BARKER..MATT AND PHIL..USE TO LOVE THIS SHOW NOW RUBBISH

Just tried to watch new Question of Sport. Never thought I would say this but bring back Sue Barker. Paddy McGuinness as host is a hot mess train wreck. Watched it happily for 40 years. Won’t watch again until he has gone.

Sam Quek and Ugo Monye are fine, but I’m really sorry, Paddy McGuinness is totally wrong as the host. #questionofsport

Surely Sam Quek or Ugo Monye could have been the quizmaster, no need for Paddy McGuinness at all. Then another sportsperson could have been part of the team. A member of the Paralympics Jonny Peacock for example or Hannah Cockroft. #qos

And despite the lukewarm response from many sat at home, there were still some viewers who jumped to the show’s (and Paddy’s) defence…

The show’s relaunch got a similarly mixed response from the critics too.

The Guardian described the reboot as a “total howler”, adding: “McGuinness – despite decent enough performances elsewhere (especially on Take Me Out) – will have fans shaking their heads at whatever made a manager think he would fit into this lineup.”

The Telegraph was kinder, insisting the show “still hits the mark”, adding that Paddy “didn’t drop the ball” in his debut as host.

Ahead of the new series launch, Paddy joked that he hadn’t had to break up too many fights between the panellists during recording.

“Do you know what, it’s been actually really lovely. I’ve not had to stop many arguments at the minute,” he said on The One Show.

Speaking of the new team captains Sam and Ugo, he continued: “They’re both very competitive, I would say that, but it’s kind of just flowed really and there’s been a really nice vibe.”

A Question of Sport returns next Friday at 7.35pm on BBC One.