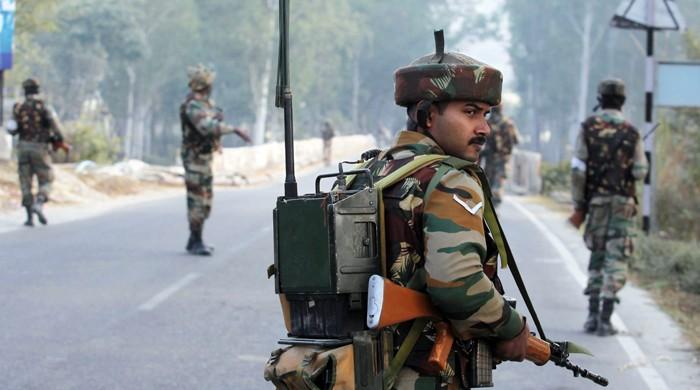 “Pakistan strongly condemns the extra-judicial killing of three Kashmiris including a 14-year old juvenile and a student of 10th grade by the Indian occupation forces in a so-called ‘cordon-and-search’,” a statement from the Foreign Office said.

Indian forces had gunned down two Kashmiris in an overnight encounter on Sunday morning, while another was killed on Saturday night, according to the Hindustan Times â€” thatÂ

“The further intensification of ‘fake encounters’ is a matter of grave concern. Extra-judicial killings of young men, including teenage boys, and refusal to return human remains of those martyred is completely unlawful and reflects the moral bankruptcy of the Indian Occupation forces,” the Foreign Office said in a statement.

The Foreign Office recalled how Pakistan had repeatedly called for independent investigations â€” under international scrutiny â€” into the extra-judicial killings of all innocent Kashmiris.

“We call upon the international community to hold India accountable for the gross and systematic human rights violations in IIOJK and work for peaceful resolution of the Jammu and Kashmir dispute in accordance with the relevant UNSC resolutions and the wishes of the Kashmiri people,” it added.