Pakistan knows how to defend itself, FM Qureshi warns India over airstrike threats 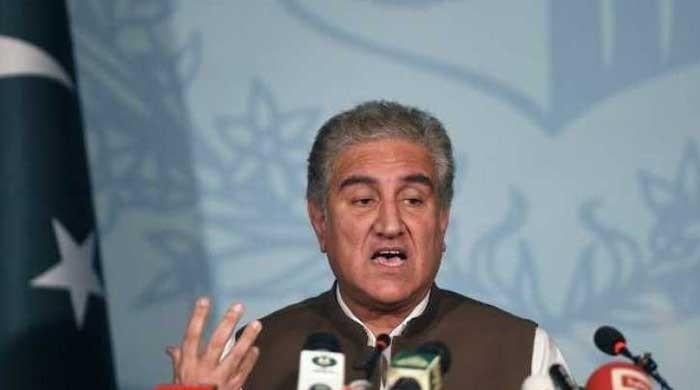 ISLAMABAD:Â Â New Delhi should dare not make such a blunder because Islamabad knows how to defend itself, Foreign Minister Shah Mehmood Qureshi said Monday, while responding to India’s blatant threat of an airstrike on Pakistan.

“Let me make it clear to Amit Shah that if India made the mistake of attacking, we will give a befitting response,” Qureshi said. “If India attacks, there will be an immediate response.”

Referring to the Indian home minister statement from earlier today, he said Shah’s comments were irresponsible and that the world should take notice.

“Pakistan has always talked of peace but India is playing with the lives of innocent people,” Qureshi said.

“Amit Shah should tell what he thinks of Laddakh. Why does India not launch a surgical strike on Laddakh? Why is the Indian media silent on the Laddakh issue?”

The foreign minister said the minorities in India were dissatisfied with the Prime Minister Narendra Modi-led government but that the Bharatiya Janata Party (BJP) administration “wished to shift the blame of its failures on Pakistan”.

“India’s economic conditions have worsened. India has reached the extreme in committing atrocities in Kashmir. And India wants to sabotage the Afghan peace process,” Qureshi said, adding that New Delhi was threatening Pakistan to divert attention from its internal situation.