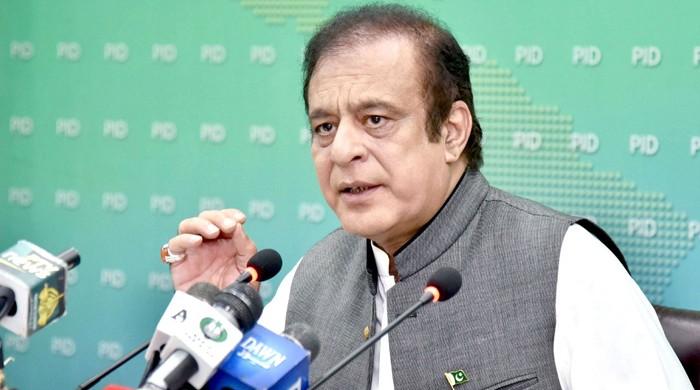 Pakistan is moving towards economic stability despite the coronavirus crisis that has adversely affected economies around the world, Federal Minister for Information and Broadcasting Shibli Faraz said Tuesday.

The information minister’s remarks came as he briefed the media about the decisions taken by the Federal Cabinet in a meeting held in Islamabad earlier in the day.

“This is an important figure as it affects currency devaluation and exports and imports,” he said.

State Bank reserves that were recorded at $8.5 billion dollars have now increased to $12.5 billion, he said, adding that these are reserves other than those held by private banks.

Underscoring the subsidies given by the incumbent government on electricity, gas, and the allocation of funds under the Ehsaas programme to facilitate the impoverished segment of the society, the minister said that a recent Bloomberg report ranked the Pakistan Stock Exchange second in the world.

The minister went on to add that the cabinet was briefed regarding the plantation of trees by removing encroachments from Srinagar Highway and about the pilot’s licensing issue.

Touching upon the country’s relationship with Saudi Arabia, Faraz said that Riyadh is close to Islamabad and has always stood by the country in times of need.

Responding to allegations by PML-N leaders after a clash between the party’s workers and police near the National Accountability Bureau (NAB) office in Lahore today, the minister said that instead of regretting the incident, the party’s vice-president Maryam Nawaz held a press conference.

“Today, Maryam Nawaz was called to answer NAB’s questions regarding receiving 200 acres of what was supposed to be government land in Raiwind and she brought a whole entourage with her,” he said, noting that Chief Minister Punjab Usman Buzdar was also summoned by the anti-graft watchdog in the past but he never arrived with a crowd.

“Congratulations to the media wing of PML-N for a great drama,” he said, adding that today the “Maryam Nawaz group” held a press conference, and tomorrow the “Shehbaz Sharif group” will hold a briefing.

Censuring the PML-N leaders for trying to divert attention from the real issues of the country, Faraz said that all the people involved in looting the country would be held accountable.

“We will raise our voice for the people of Kashmir at every level,” the minister asserted.