Pakistan would rather be bridge between China, US: Bilawal | The Express Tribune 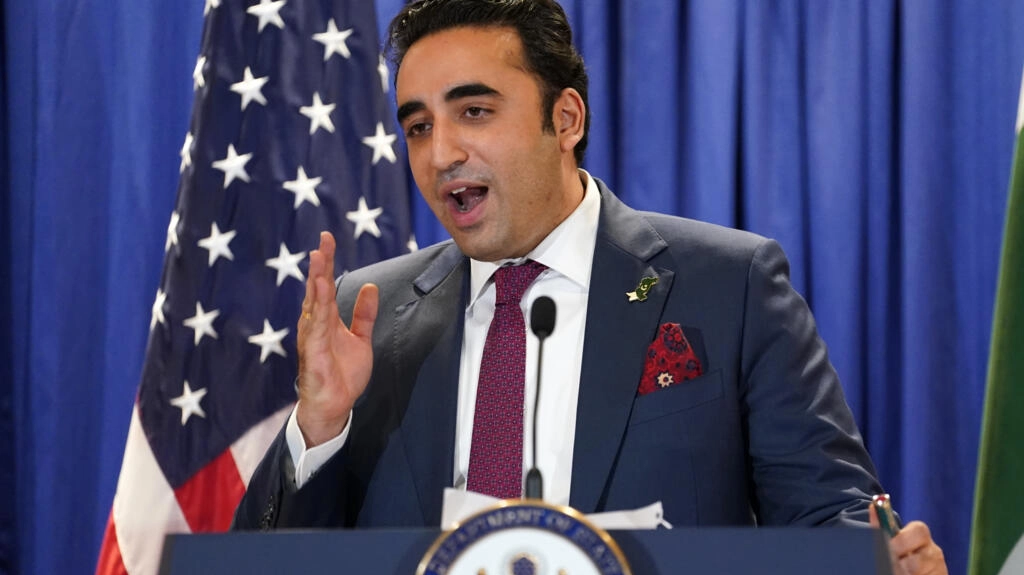 Foreign Minister Bilawal Bhutto Zardari on Thursday has said that in times of geopolitical division Pakistan wants to be a ‘bridge by uniting’ the United States and China.

The PPP scion’s remarks came during an interview with Foreign Policy, where he maintained that Pakistan’s “unique position as a friend of both the United States and China” could help encourage cooperation between the two countries.

Dubbing the claim of China not coming to Pakistan’s aid in its recent time of need as “absolutely incorrect”. He maintained that Islamabad’s relationship with Beijing was not new and had long bipartisan roots.

Responding to the interviewer’s assertation that the US did not want to be friends with China, Bilawal said that “not everything is about the geopolitical conflict of the United States and China”.

He stated that it was “preposterous” and “absolutely ridiculous” that a conversation about US and China relations was occurring while talking about Pakistan’s survival and ability to deal with “cataclysmic flooding”.

The minister emphasised that climate change could not be confronted if the two superpowers did not work together.

Commenting on Beijing’s lack of aid to Colombo during their economic crisis, Bilawal maintained that Pakistan’s context was “completely different” and that while the country was going “through a climate catastrophe”.

The interviewer argued that Pakistan was going through both an economic and a climate crisis.

“In the sense that that was solely an economic crisis of its own dynamics. But as far as what China does—whether it’s with Sri Lanka or Pakistan—that’s totally China’s decision. Just like it’s 100 per cent America’s decision in either of these circumstances,” the minister replied.

He retained that Pakistan would rather continue to play its past role of bridging the gap between the two countries than exacerbate the gap.

“Right now, particularly when we’re drowning in floods, I don’t want to play any part in exacerbating any tensions or being a geopolitical football,” he said.

Regarding the Russia-Ukraine war, the foreign minister was of the belief that the “broad consensus” within Pakistan had declared that the country did not want to be “dragged into this conflict”.

“Particularly because we’re just coming out of a decades-long conflict in Afghanistan, and frankly, we’re exhausted by what war does and the consequences for any one country”.

Talking about Pakistan’s level of cooperation for the US operation to kill al Qaeda leader Ayman al-Zawahiri, Bilawal stated that Islamabad was unaware of the location of the individual and the operation to take him out.

He further said that Pakistan did not offer its airspace to the US because it was unaware of the operation.

“We were not aware of this. I don’t think anybody was,” he said.

FM Bilawal stated that he had proposed a Green Marshall Plan for climate-stressed countries, all of which “contribute negligibly to the global carbon funds”.

He furthered that he had talked about climate justice and hoped to see it as a continuation of the “stated position of the president of the United States, and the leaders of many countries in Europe, that we need to invest, get the money together, not only for climate adaptation domestically but also internationally”.

He maintained that the “great polluters” who caused the crisis would “fund” the plan.

“We have to come up with out-of-the-box solutions, one of which is the proposal of a debt swap for climate, where countries that owe a debt to the great polluters would swap this debt,” he added.

Bilawal urged the private sector to invest in climate adaptation and believed that the “public-private partnership model could be adopted not only for green energy but also for green infrastructure”.

In response to questions about India, the foreign minister stated that Pakistan had not received nor expected any help from India.

The minister had no comments for his Indian counterpart as their help was “their choice, their position”.

Discussing the army’s role in Pakistan and its government, Bilawal stated that the army has been “a powerful force” with a “turbulent history with the civilian government”.

“But we have long advocated for all institutions within Pakistan conducting themselves within their legal mandate and transitioning away from the more controversial roles that we’ve had in the past,” he contended, adding that a significant development was the removal of former premier Imran Khan through constitutional and democratic means.

“All prime ministers who were previously removed were either by being hanged, exiled, or through some sort of judicial verdict. So that’s a significant point in Pakistan’s political history, institutional development, and democracy,” Bilawal said.

“If that indicates that our armed forces or our institutions are transitioning from what was a controversial role to a constitutional role, that should be encouraged across the board.”