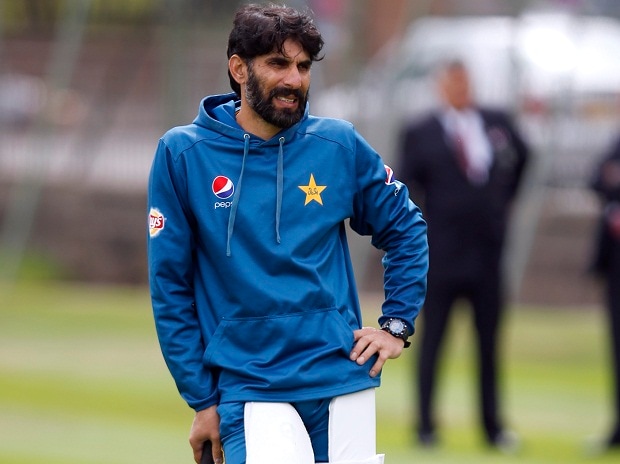 Pakistan head coach Misbah-ul-Haq says adapting to the conditions and safety protocols during the England tour will be difficult but his mentally-strong players are ready for the challenge.


England will host Pakistan in bio-secure environment due to the health risk posed by coronavirus pandemic.


“These are unusual circumstances. There will be different protocols in place for the tour because of the existing world situation. It is going to be difficult for the players and officials but we have to adapt accordingly,” Misbah said during a media interaction.


Pakistan announced a 29-member squad on Friday for the extended tour comprising three Tests and as many T20 internationals. The Pakistan Cricket Board is also sending 14 officials for the tour.


“I and Dr Sohail Saleem have had interactions with the players on the tour and everyone understands the situation. We have prepared them for every situation like a player testing positive or showing mild symptoms. Having to train in isolation for four weeks. Staying in a 14-day quarantine, playing before empty stadiums and adapting to the on-field SOPs,” he said.


“It is not an easy situation for us as we haven’t played cricket for three months but I am counting on this factor of the players having missed playing cricket and being hungry to get back on the field. We have a good squad to pick from and we can do well in English conditions,” Misbah said.


He said the selectors had picked 10 pace bowlers and four spinners in the squad because the bowlers will find it the most difficult to adjust to the new playing conditions like not using saliva to shine the ball.


Misbah felt that players while training in isolation will have ample time to adjust and it is also a good opportunity for the young players in the side to gain exposure.


Misbah, also chief selector, said it was not an easy selection process as ideally one likes to have different squads for different formats.


“But we have done our best and I know 29 is a lot of players but we have tried to ensure we have both specialists for red and white ball formats because we go and come back together.”

He also welcomed the inclusion of Younis Khan as batting coach of the team and said the players in the side will learn a lot from him.


“I have played a lot with Younis and the good thing is many players have played alongside him and they understand each other. Most of us understand his mentality, game plan, work ethics and planning,” he said.

To a question about batsman Haris Sohail pulling out of the tour, Misbah felt it gave Fawad Alam a good opportunity to grab the chance.


“Look if we have picked Fawad in the team it is because we believe he can play at the top level.