Parents Nail The Reality Of Prepping For Baby Number One Vs. Babies Three And Four 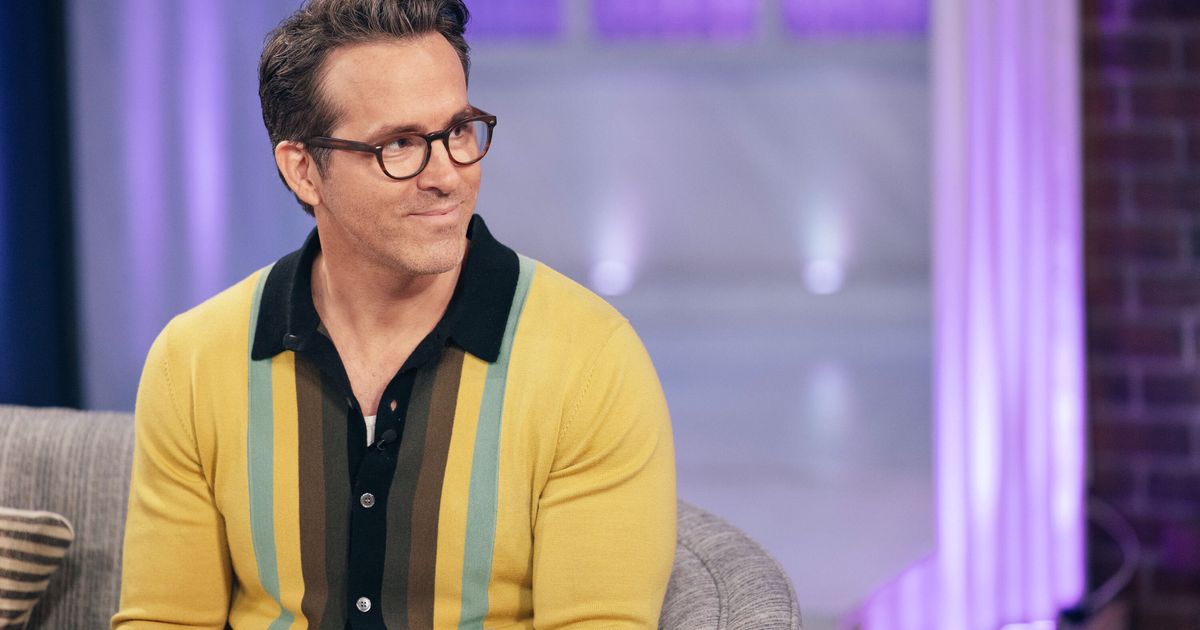 Ryan Reynolds has opened up about the reality of preparing for baby number four compared to his first child – and his comments have every parent of multiples nodding their head.

The Spirited star – who already has three children aged seven, six and three with Blake Lively – spoke of his preparations (or lack of) to welcome their fourth baby on The Kelly Clarkson Show.

He continued: “By the fourth, you’re just like: oh, right this is happening. I should sweep or something,” before quickly adding: “Now I shouldn’t speak for my wife because she’s in it to win it – she’s ready.”

Most parents find themselves doing a ridiculous amount of prep work ahead of their first child’s arrival. Cleaning the house, washing and ironing all the baby clothes, deep-cleaning the bathroom, changing the bedsheets, you name it. One couple in our NCT group even considered getting a balloon arch set up ready for taking photos with their newborn when they returned home.

It’s something mum-of-three Hannah Love, 44, can relate to. With her first baby, 14 years ago, the preparations were extensive. They moved house so they’d have enough room for their impending arrival and spent three months decorating the nursery and getting all of the essentials ready.

“I had my hospital bag packed by the time I was 28 weeks pregnant – which I ate and replaced the snacks for a number of times – and I remember washing and ironing the vests and babygrows a number of times,” she tells HuffPost UK.

“I had a variety of sized clothing for him – in both pink and blue, as we didn’t know the sex – and when he arrived two weeks late I was more than ready for him to join us.”

Love, who is a baby sleep specialist and has three kids now aged 14, 10 and seven, was super prepared for the birth. She’d written a birth plan, her mum was on standby, and she’d finished work four weeks before he was born.

But fast forward to her second and third children, and things looked pretty different. “When I was pregnant with my other two I ran my own baby sleep training business and worked up until I was being pushed to theatre,” she says.

“I answered calls on the way back from hospital 24 hours later.”

While she had lots of the necessities from when her eldest son was born, when baby number two – her daughter – was born, they realised they probably needed to buy some different clothes.

“Luckily we got lots of pink presents,” she says. “I didn’t have any maternity leave with my second and third babies so there was not much time to prepare and ‘nest’ but I did paint the nursery a week before my c-section.

“I remember my husband telling me off when he found me up a ladder!”

When her third child arrived on the scene, she says he “just slotted in”.

“We did have to get a bigger car to be able to fit three seats across the back but apart from that I don’t remember doing anything different,” she says.

“We didn’t even have a bedroom for him, so there was no decorating or nursery planning – we just had a cot up in our bedroom.”

The mum says you’re definitely more relaxed by the time your third child rocks up. She knew she would be breastfeeding so didn’t buy bottles and a steriliser, and she was more receptive to buying things secondhand by this point.

“I appreciated by this time how little wear you get out of clothes and what a waste it was spending lots of money on small baby clothes for them to wear them once,” she adds.

Personal trainer Sarah Campus, 34, has three children with her husband aged four, two-and-a-half, and five months old. She agrees that a lot more preparation goes in ahead of your first being born.

The founder of LDN Mums Fitness was nesting a lot and batch cooking ahead of their first child’s arrival meaning the house was “unbelievably clean and organised”.

In terms of mental preparation, Campus and her husband did hypnobirthing, listened to affirmations and calming music together in the evenings, wrote their birth preferences, sang songs and spoke to her bump a lot. “We had time,” she notes.

But with her second and third babies time was in short supply, it simply wasn’t possible to maintain the same level of organisation and it became “all about the necessities, as opposed to the fluffy extra bits”.

While with their first child they’d moved mountains to get the nursery ready, this time around they were more relaxed. “We didn’t have a dedicated room for where the baby was going to be as they sleep in your room for the first four to six months,” she says.

“The baby was going to be using a lot of hand-me-downs so everything wasn’t as new, but yet it was still unbelievably exciting.”

The only extra planning that had to be done was finding someone to care for their children when Campus went into labour.

But not all parents have the luxury of getting super organised before the birth of their first – especially those who are moving home very close to their due date, like Samantha Evans, a sexual health and pleasure expert.

Most of the prep for her first child was done in a massive hurry as she relocated from the US to the UK at 34 weeks pregnant.

“Our main concern was to get back home and find somewhere to live and for me to give birth. We still had our car, but no house as we had sold it,” she says.

Unsurprisingly, it was “incredibly stressful,” says the founder of Jo Divine who is based in Kent and whose kids are now 23, 20 and 18.

The couple didn’t have much for their new baby apart from a few clothes. On moving back to the UK they bought some more essentials: a pram with a car seat, a moses basket and the all important nappies.

Their parents gave them a secondhand cot, their neighbours lent them a baby bouncer and they joined a cloth nappy scheme run by the council.

But actually, not buying a load of stuff before their baby was born worked out quite well because it gave them chance to only buy things they genuinely needed – and also that came recommended. “We bought more stuff after Milly was born, when we joined a postnatal group. The other parents told us what they had bought and what was useful,” she says.

When her second and third children came along, they didn’t do much prep again other than get the birthing pool ready for each delivery at home. “By the time you get to number three you have all you need,” she says.

One mum who’s become something of a pro in planning for births – and helps others to do the same – is Siobhan Miller, a mum-of-four and founder of the Positive Birth Company.

When she had her first baby she was very young and says she didn’t know what to expect when it came to preparing for birth – or anything postpartum or baby-related. “I wasn’t prepared for my first birth – mentally or physically. I attended the free classes at the hospital but that was about it,” she recalls.

“By the time you get to [baby] number three you have all you need.”

But with subsequent births and most recently her fourth – and final – baby who was born in September, there was a bit more self-preparation involved: she took her own hypnobirthing course and in the run up to her ‘due date’ did things for her own wellbeing like sea swims, massages, and getting her nails done.

“Those first few months they are in your room with you, so I didn’t stress myself out with preparing a nursery that won’t be used,” she says.

“Instead I put my energy and focus on preparing for my fourth trimester. I ensured I had help, as I was having this baby solo by choice.”

She hired a postnatal doula and created a postnatal plan in pregnancy to ensure everything was in place so she could take time to recover after birth. This meant she had help with the kids, help with the cleaning and a freezer full of frozen ready meals.

Preparing for the fourth trimester has been really important to her – especially as she struggled with postnatal anxiety following the traumatic birth of her first child.

“Fourth time round, although I feel a lot calmer and more confident, I’m now juggling caring for a newborn with trying to support my eldest through his GCSEs and running around after my younger boys,” she says.

“I often feel guilty that nobody is getting enough of me. But, on the whole, I think it has got easier with each child – not only have my births been more positive, but I feel more prepared for what to expect and appreciative of each stage.”