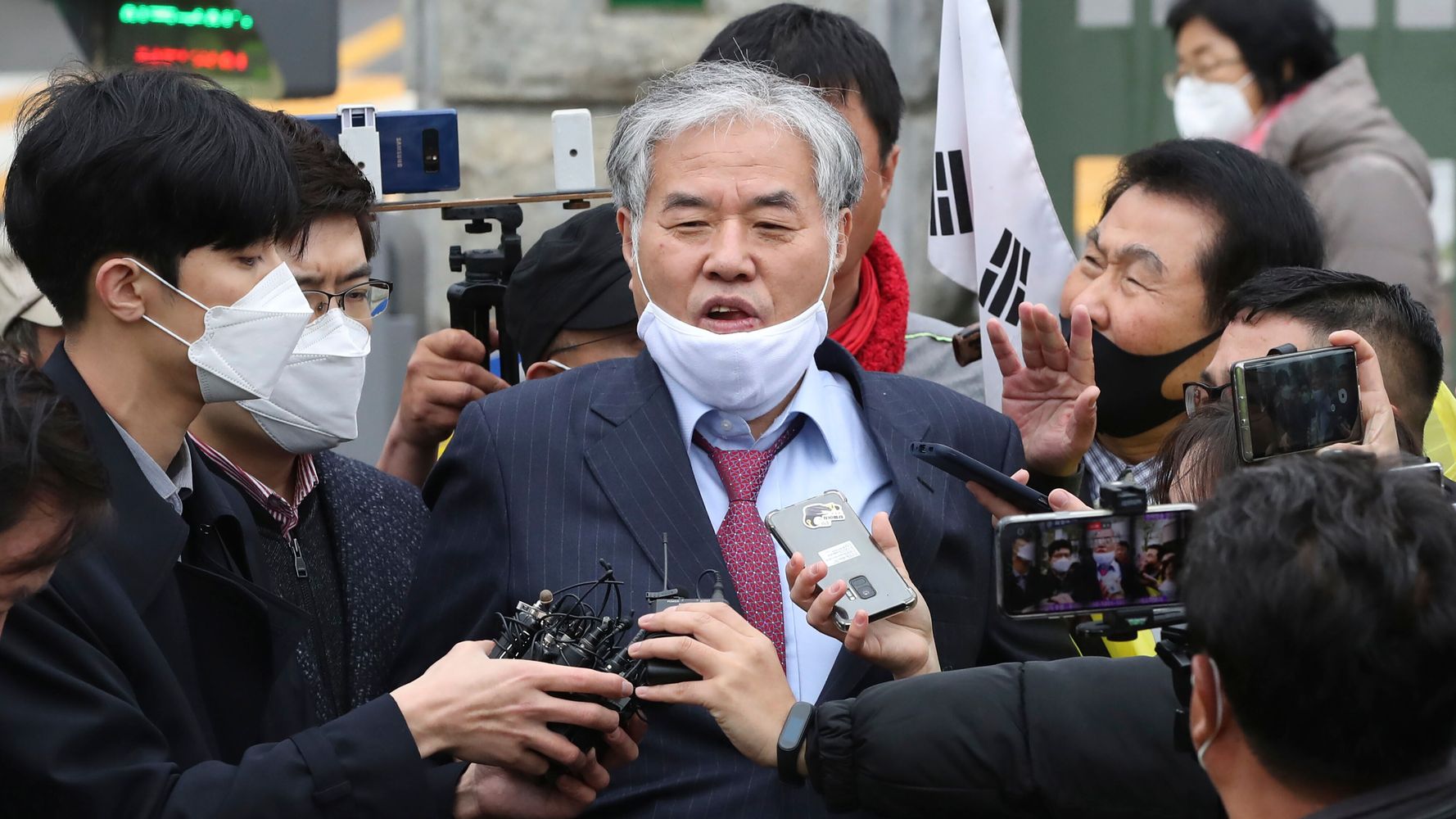 SEOUL, South Korea (AP) â€” A conservative South Korean pastor who has been a bitter critic of the countryâ€™s president has tested positive for the coronavirus, health authorities said Monday, two days after he participated in an anti-government protest in Seoul that drew thousands.

More than 300 virus cases have been linked to the Rev. Jun Kwang-hunâ€™s huge church in northern Seoul, which has emerged as a major cluster of infections amid growing fears of a massive outbreak in the greater capital region.

Officials are concerned that the virusâ€™s spread could worsen after thousands of demonstrators, including Jun and members of his Sarang Jeil Church, marched in downtown Seoul on Saturday despite pleas from officials to stay home.

Jang Shi-hwa, a disease control expert in Seoulâ€™s southern Gwangak district, said Jun was tested Monday morning at an area hospital, which later reported to her office that he had tested positive but did not exhibit any symptoms. Jun was seen smiling and talking on his cellphone, with his mask pulled down his chin, as he boarded an ambulance that took him to a different hospital in Seoul for isolated treatment.Â

South Korea reported 197 new cases of the virus on Monday, the fourth straight day of triple-digit increases. Most of the new cases in the past few days have come from the densely populated Seoul metropolitan area, home to about half of the countryâ€™s 51 million people.

Churches have been a constant source of infections, with many failing to require worshipers to wear masks, or allowing them to sing in choirs or eat together.

Health workers have so far linked 319 infections to Junâ€™s church after completing tests on about 2,000 of its 4,000 members. Police are pursuing some 700 church members who remain out of contact.

Vice Health Minister Kim Gang-lip urged anyone who participated in the weekend protest to come forward for testing if they experience fever or other symptoms. Jeong Eun-kyeong, director of South Koreaâ€™s Centers for Disease Control and Prevention, said thereâ€™s concern that the outbreak at the church could spread nationwide through its membersâ€™ activities.

â€œWe believe we are in the early stage of a major outbreak,â€ she said.

President Moon Jae-inâ€™s government has strengthened social distancing restrictions in the Seoul metropolitan area â€” a move it had resisted for months out of economic concerns â€” and urged residents to avoid visiting other parts of the country for two weeks.

Junâ€™s church has become South Koreaâ€™s second-biggest virus cluster, behind a branch of the secretive Shincheonji Church of Jesus in the southeastern city of Daegu that was tied to more than 5,000 cases following a surge of infections in the region in late February and March.

The country managed to stabilize the outbreak in the Daegu area by April after bringing medical resources and personnel to the region from other parts of the country. Health workers were able to quickly ramp up testing and aggressively trace contacts by extensively using cellphone location data and credit-card records.

But the resurgence of the virus in the greater capital area â€” which has 10 times more people than Daegu â€” has been a rude awakening for a country that had been eager to tout its gains against the virus.

While health workers were able to contain the outbreak in Daegu, where infections were mostly tied to the Shincheonji church, theyâ€™re now struggling to track transmissions and predict infection routes in the Seoul region, where clusters have been popping up from churches, restaurants, schools and other places.

Moonâ€™s government is pressing charges against Jun for allegedly disrupting disease-control efforts by ignoring orders to self-isolate, discouraging worshipers from getting tested and under-reporting the churchâ€™s membership to avoid broader quarantines.

Junâ€™s lawyer, Kang Yeon-jae, denied the accusations during a news conference Monday, insisting that he only received self-isolation orders after returning home from Saturdayâ€™s rally.

During Saturdayâ€™s protest, Jun, who is known for provocative speeches that are often filled with bizarre claims, said the outbreak at his church was a result of an attack, accusing an unspecified opponent of â€œpouringâ€ the virus onto the church.

Prosecutors pushed for Junâ€™s arrest, asking a Seoul court to revoke his bail.

Jun was indicted in March on charges of violating election laws ahead of Aprilâ€™s parliamentary elections by allegedly asking participants at his rallies to vote against Moonâ€™s party, which would be illegal because the official campaigning period hadnâ€™t yet started. Junâ€™s bail was granted on condition that he doesnâ€™t take part in rallies that could be related to his pending case.

Shincheonjiâ€™s 88-year-old chairman, Lee Man-hee, was arrested earlier this month over charges that the church hid some members and under-reported gatherings. Lee and his church have steadfastly denied the accusations, saying theyâ€™re cooperating with health authorities.