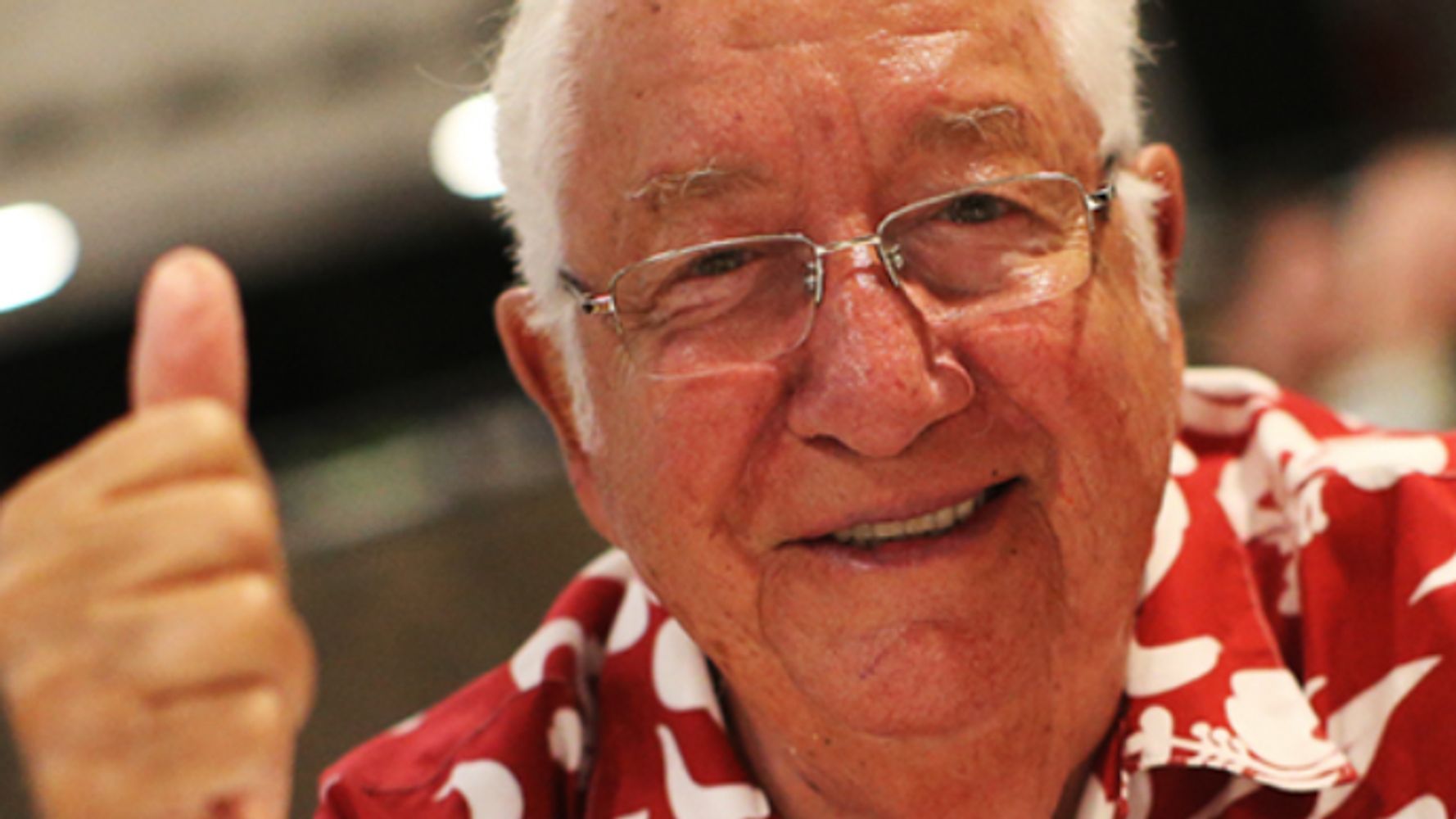 LOS ANGELES (AP) â€” Paul Van Doren, co-founder of the Vans company whose iconic Southern California sneakers were beloved by skateboarders and became an international success, has died. He was 90.

The company, based southeast of Los Angeles in Costa Mesa, announced Van Dorenâ€™s death on social media Friday but didnâ€™t provide any details.

â€œPaul was not just an entrepreneur; he was an innovator,â€ the company said. â€œPaulâ€™s bold experiments in product design, distribution and marketing, along with his knack for numbers and efficiency turned a family shoe business into a globally recognized brand.â€

Van Doren was a high school dropout who moved to Southern California from the Boston area. Van Doren, his brother James (who died in 2011) and business partners Gordon Lee and Serge Delia opened the Van Doren Rubber Co. in Orange County in 1966, making and selling their own shoes. At first, they struggled to produce enough of the product to fill the shoeboxes on store shelves.

It’s with a heavy heart that Vans announces the passing of our co-founder, Paul Van Doren. Paul was not just an entrepreneur; he was an innovator. We send our love and strength to the Van Doren family and the countless Vans Family members who have brought Paulâ€™s legacy to life. pic.twitter.com/5pDEo6RNhj

Van Doren had two decades of experience in shoe manufacturing but none in retail, he recalled. â€œThe first person gave me a $5 bill; a pair of shoes was $2.49,â€ he told Los AngelesÂ MagazineÂ last month after releasing his memoir, â€œAuthentic.â€

â€œBut I didnâ€™t have any money in the cash register, so I gave her the shoes,â€ Van Doren said. â€œWe ended up selling 16 or 18 pair of shoes that day. You know what? I said, â€˜Come back later to pay.â€™ Every one of those people came back and paid.â€

Van Dorenâ€™s son, Steve Van Doren, said his fatherâ€™s acumen helped make the business a success. â€œMy dad was a systems guy,â€ Steve Van Doren told the Los AngelesÂ TimesÂ in 2009. â€œHe did things like color-coding the boxes, blue for men, green for women and orange for boys, so you could see what inventory you had right away. He would only open stores that had a free right-hand exterior wall because he thought that was the best place to catch someoneâ€™s eye if they were driving by.â€

Van Doren also allowed people to order customized shoes. He expanded the customer base by allowing various designs to be sold everywhere from surf shops to department stores. In â€œAuthentic,â€ Van Doren said the key to success was to give customers what they wanted. â€œIf itâ€™s a checkerboard, if itâ€™s bright pinks and yellows, or if it happens to be dinosaurs or a skull and crossbones, listen to their two centsâ€™ worth about colors and designs,â€ he said.

The shoes, with their canvas tops and tough, diamond-patterned rubber soles, caught the fancy of skateboarders. The company, which kept a sharp eye on trends, was quick to catch on.

â€œEverybody else was kicking these kids out of the park, kicking them out of pools. And hereâ€™s a company listening to them, backing them, and making shoes for them,â€ Van Doren told Los Angeles Magazine.

The company paid professional skateboard Stacy Peralta to wear its shoes. Vans also sold shoes individually, which benefited skateboarders who tended to wear out one at a time. The brandâ€™s popularity soared after Sean Penn wore his own pair of Checkerboard Slip-Ons in the 1982 movie â€œFast Times at Ridgemont High.â€

However, knockoffs and competition ate into Vansâ€™ profits, along with misguided efforts to expand the range of its offerings with specialized shoes for football, basketball, skydiving and even breakdancing. The company was forced into bankruptcy protection in 1984 and was sold to a banking firm in 1988.

Over the years, the brandâ€™s popularity waxed and waned, losing ground to newer, high-techier kicks and regaining it when retro came back into fashion.

The firm, renamed Vans Inc., went public in 1991 and in 2004 was sold to VF Corp. of Denver, which owns a large number of footwear and apparel brands including Dickies, JanSport, Timberland and The North Face.

Today, Vans produces its shoes overseas. It continues to sell its traditional designs while also keeping an eye on trendsetters by collaborating with designers, skateboarding, BMX and surfing pros and other celebrities.

Vans racks up around $2 billion a year in sales and its shoes have been seen on the feet of Justin Bieber, Kanye West and the Kardashians.

The company also has built skateparks and sponsored various events, including the Warped Tour, an annual international traveling rock festival, and the US Open of Surfing in Huntington Beach, Calif.