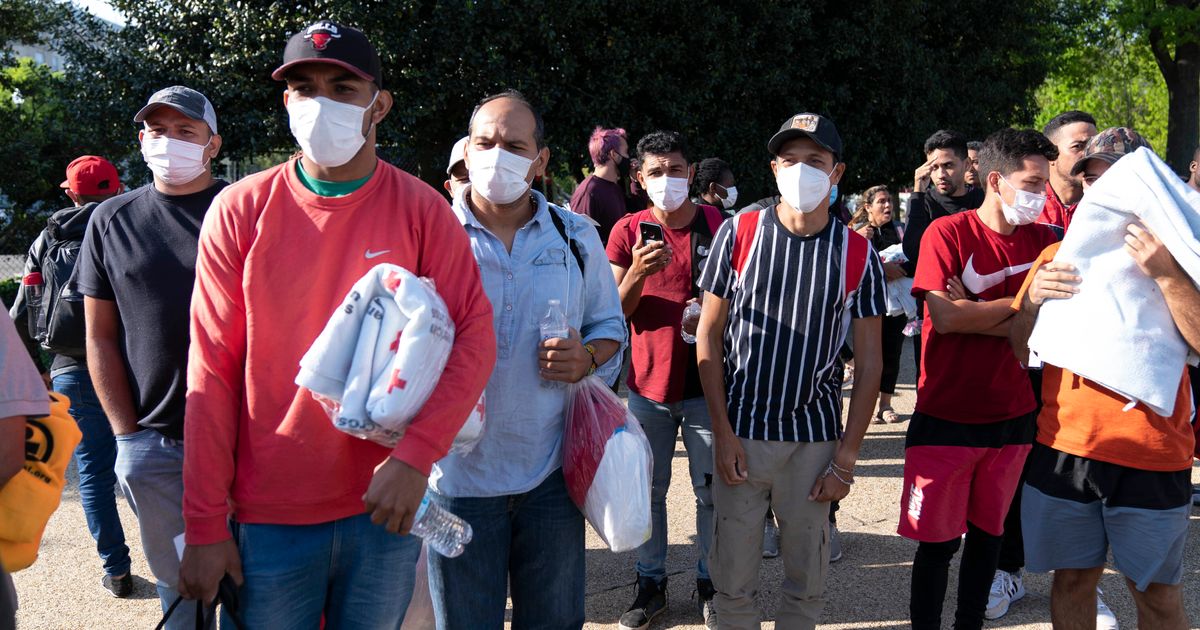 WASHINGTON (AP) — The Pentagon on Monday once again denied a request from the District of Columbia seeking National Guard assistance in dealing with thousands of migrants being bused to the city from Texas and Arizona.

According to a copy of a letter to the city reviewed by The Associated Press, the Defense Department said use of the D.C. National Guard would be inappropriate and would hurt the overall readiness of the troops, forcing some to cancel or disrupt military training.

The letter said the department also is concerned about putting uniformed military members in direct contact with migrants to provide food, sanitation or other support, saying the troops have no real experience or training for that mission.

Defense Secretary Lloyd Austin rejected a similar D.C. request earlier this month, and Mayor Muriel Bowser had said she would send an amended, “more specific” proposal. Bowser had initially asked for an open-ended deployment of 150 National Guard members per day as well as a “suitable federal location” for a mass housing and processing center, mentioning the D.C. Armory as a logical candidate. The revised request asked that the help be provided for just 90 days.

The Pentagon also denied the use of the armory, saying it is not air conditioned and would have to undergo costly changes and repairs to make it suitable for overnight stays.

When the Defense Department rejected the first request, officials said the Federal Emergency Management Agency’s food and shelter program has provided funding for the problem, and has indicated those funds are sufficient at this point. The latest letter said the city should continue to work with non-government groups to address the issue.

During the spring, Texas Gov. Greg Abbott and Arizona Gov. Doug Ducey, both Republicans, announced plans to send busloads of migrants to Washington, D.C., in response to President Joe Biden’s decision to lift a pandemic-era emergency health order that restricted migrant entry numbers by denying them a chance to seek asylum. The rule remains in effect under court order.

The governors call the practice a voluntary free ride – paid for by state taxpayers — that gets migrants closer to family or support networks.

But Bowser has argued that the asylum-seekers are being “tricked,” as many don’t get close enough to their final destinations and some are ditched at Union Station near the U.S. Capitol and the White House. Often they arrive with no resources and no clue what to do next.

Ducey, who began the program in May, has said everyone on the bus trips is going voluntarily to the nation’s capital with intended final destinations in East Coast cities. They leave from Arizona’s western Yuma County, a small border county without a shelter or other infrastructure needed to house and process the large number of asylum seekers now arriving.

When her initial request was turned down, Bowser said she expects the problem to only get worse and that if D.C. were a state, she would have already used the Guard for assistance.

State governors control the use of their Guard troops for any state duties. But, as the D.C. mayor, Bowser does not have the authority to personally order a National Guard deployment, an issue that has become emotionally charged in recent years as a symbol of the district’s entrenched status as less than a state.

Her limited authority played a role in the Jan. 6, 2021, insurrection at the U.S. Capitol by supporters of former President Donald Trump. When it became clear that Capitol Police were overmatched by the crowds, Bowser couldn’t immediately deploy the district guard. Instead, crucial time was lost while the request was considered inside the Pentagon, and protesters rampaged through the building.

A coalition of local charitable groups has been working to feed and shelter the migrants, aided by a $1 million grant from FEMA. But organizers have been warning that both their resources and personnel were nearing exhaustion. Bowser has said relying on the groups is not sustainable because they are overwhelmed and underfunded.