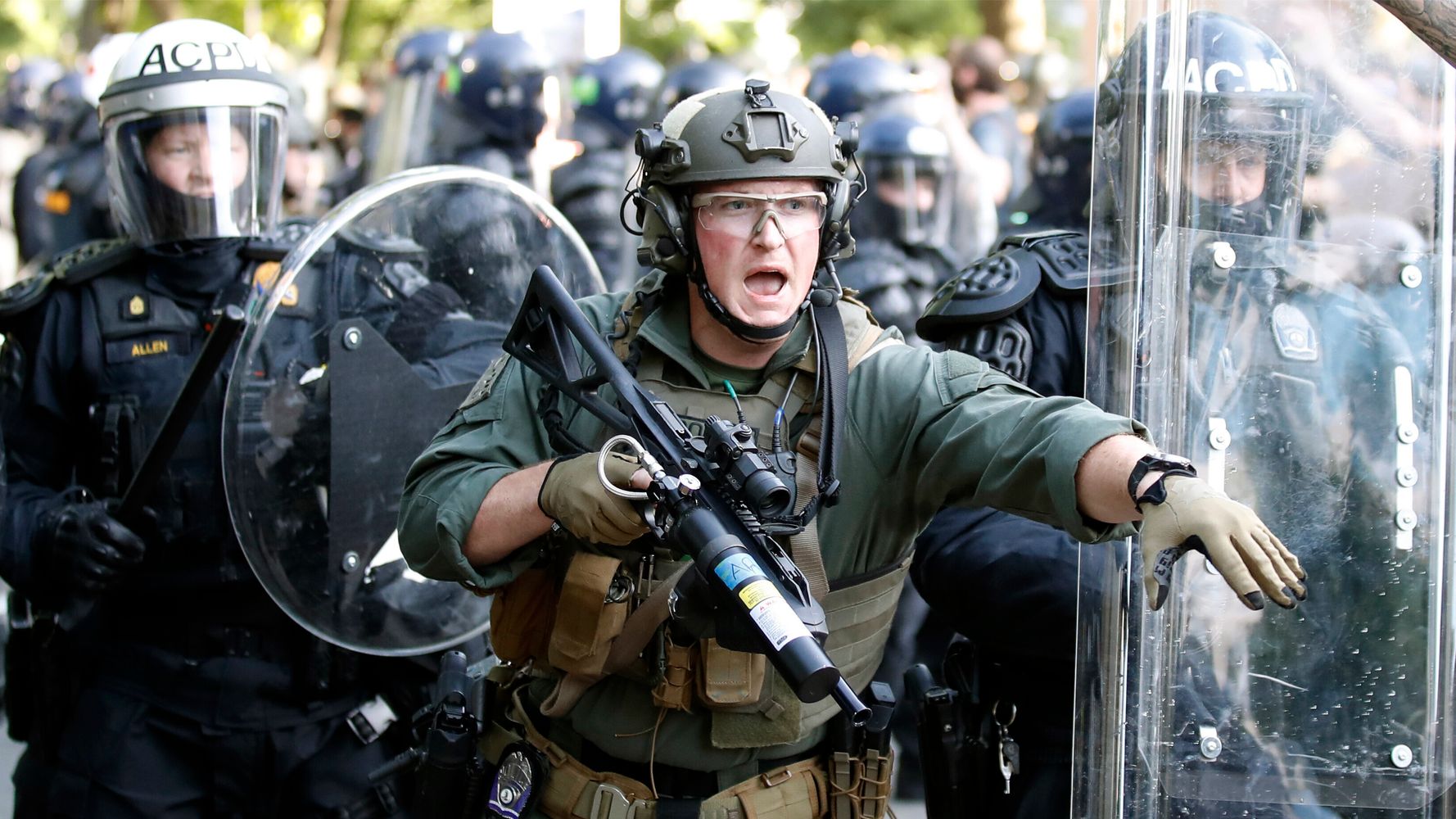 The National Guardâ€™s crackdown on peaceful protesters in Washington, D.C., last week was spurred by a Pentagon threat that active-duty military units would be mobilized against American civilians if the Guard was ineffective, The New York Times reported.

Top Pentagon officials ordered the use of two Army National Guard helicopters, including a Black Hawk, to hover loudly and ominously over the heads of civilians â€” a tactic called â€œpersistent presenceâ€ â€” to disperse the protesters, sources told The Times.

Pentagon pressure on the National Guard to get tough may have been part of a strategy to calm PresidentÂ Donald Trump, who The Washington Post reported was insisting that 10,000 troops be deployed to the capital.Â

Dozens of cell phone and press videos failed to reveal any violence by protesters that would warrant the crackdown.

People were tear-gassed, manhandled, shoved, battered with clubs and slammed with shields on Monday to clear the way for Trump to cross the street from the White House for a photo opÂ atÂ St. Johnâ€™s Episcopal Church. The onslaught against the protesters began 25 minutes before a 7 p.m. curfew.Â

I imposed a curfew at 7pm. A full 25 minutes before the curfew & w/o provocation, federal police used munitions on peaceful protestors in front of the White House, an act that will make the job of @DCPoliceDept officers more difficult. Shameful!

An attack on an Australian television news crew (which can be seen below) was so severe that Australian Prime Minister Scott Morrison demanded an investigation in a complaint to the American embassy.Â

The startling, aggressive attacks on peaceful protesters by the National Guard occurred after a â€œpointed threatâ€ from the Pentagon that if the Guard couldnâ€™t handle the situation, active-duty military units would be sent to deal with civilians, the Times reported.

Army Secretary Ryan McCarthy, one of the officials who authorized part of the planning for the helicopters, according to the Times, said on Friday that the Army had opened an investigation into use of the aircraft.

The looming military threat against citizens exercising their First Amendment rights appeared to expose confusion in the Pentagon power structure. Joint Chiefs of Staff Chairman Mark Milley â€” wearing his fatigues â€” and Defense Secretary Mark Esper walked alongside Trump to his photo op as the Guard moved against protesters. The Post reported that both Esper and Milley opposed using active troops in the capital as Trump wanted.

The choice to use the National Guard against protesters was roundly criticized inside and outside of the military.

â€œWhat we saw on Monday night was our military using its equipment to threaten and put Americans at risk on American soil,â€ said Sen. Tammy DuckworthÂ (D-Ill.), a former Army Black Hawk pilot. She slammed Trump as a â€œtinpot dictatorâ€ who is â€œpervertingâ€ the role of the military.

James N. Miller, a member of the Pentagonâ€™s science advisory board, resigned on Tuesday, accusing Esper of breaking his oath to defendÂ the Constitution. â€œLaw-abiding protesters just outside the White House were dispersed using tear gas and rubber bullets â€” not for the sake of safety, but to clear a path for a presidential photo op,â€ Miller said in his resignation letter.Â

Esper issued an order sending active-duty troops out of Washington back to their home bases Wednesday, saying at a press briefing that military involvement was not warranted at this time. He thenÂ reversed himself later that same dayÂ after a meeting with Trump, and then reversed the reversalÂ on Thursday, again sending hundreds of active-duty troops back to their bases.

Both Esper and Milley have now reportedly refused to testify about the militaryâ€™s response to the protesters before the House Armed Services Committee.

McCarthy signed a statement Wednesday vowing that the Army would â€œcontinue to support and defendâ€ the constitutional rights of Americans toÂ  â€œpeaceably assemble and petition the government for a redress of grievances.â€ Yet McCarthy, according to documents viewed by the Times, was also involved in oversight of the aggressive National Guard operation, including use of the helicopters against civilians doing just that.

The harshest attack on Trump and military action against civilians was issued in The Atlantic on Wednesday by former Defense Secretary and retired Marine Corps general Jim Mattis. He hailed peaceful protesters for working for a better future. â€œMilitarizingâ€ the response to protests â€œerodes the moral ground that ensures a trusted bond between men and women in uniform and the society they are sworn to protect,â€ he warned.Â