Pentagon: U.S. Troops Must Get Their COVID-19 Vaccines ASAP 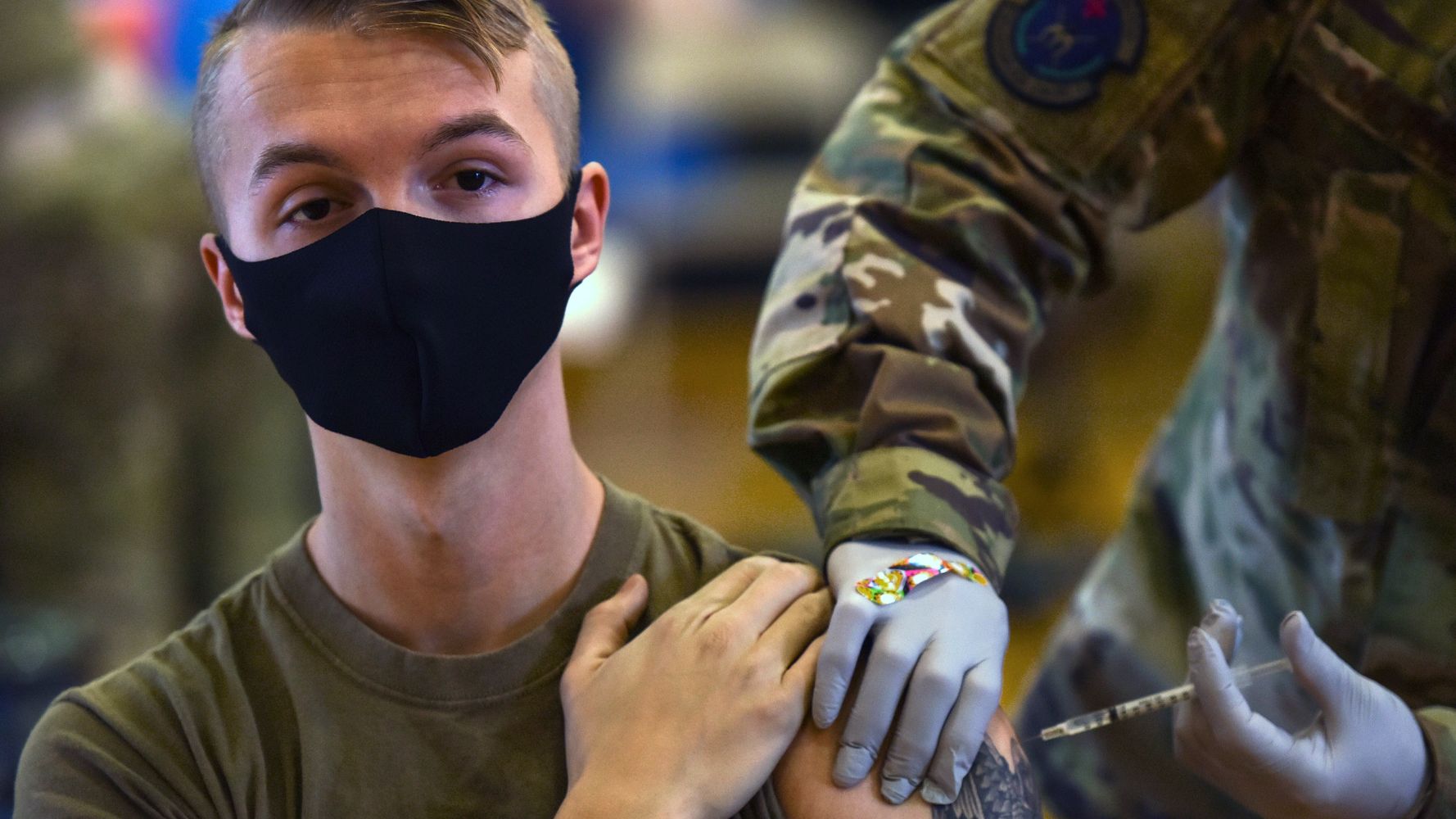 More than 800,000 service members have yet to get their shots, according to Pentagon data. And now that the Pfizer vaccine has received full approval from the Food and Drug Administration, the Defense Department is adding it to the list of required shots troops must get as part of their military service.

The memo, which was obtained by The Associated Press, does not dictate a specific timeline for completing the vaccinations. But it says the military services will have to report regularly on their progress. A senior defense official said that Austin has made it clear to the services that he expects them to move quickly, and that this will be completed in weeks not months.

â€œTo defend this Nation, we need a healthy and ready force,â€ Austin said in the memo. â€œAfter careful consultation with medical experts and military leadership, and with the support of the President, I have determined that mandatory vaccination against coronavirus disease…is necessary to protect the Force and defend the American people.â€

Troops will be able to get their Pfizer shots at their bases and from their commands around the world. The Pentagon has said it has enough vaccine supply to meet demand. Individual service members may also go out and get any of the other COVID vaccines on their own.

There is it: The Pentagon orders all active duty troops to be vaccinated with the Pfizer vaccine. pic.twitter.com/CW9VnNy9od

Fulfilling the vaccine mandate, however, may be a challenge for National Guard forces who are scattered around the country, and gather just once a month for their required drills.

Senior military leaders have consistently pressed their forces to get vaccines through a wide range of public pleas, and via social media and other campaigns. But â€” as is true among the U.S. population â€” many service members have been reluctant.

Defense officials have said itâ€™s critical for troops to get the vaccine because they live and work closely together and outbreaks could hamper the U.S. militaryâ€™s ability to defend America.

Military officials have said they donâ€™t have specific numbers on how many Guard troops are not yet vaccinated, and the Pentagon only provides a troop total that lumps active duty, Guard and Reserve into one statistic.

Guard officials have said all along that it is very difficult to assess how many of their citizen soldiers have gotten a vaccine. And only now will they be able to begin actually tracking the number with more precision as Guard members report to their drill weekends this fall.

Austinâ€™s decision to mandate the vaccine fulfills a vow he made earlier this month to require it no later than mid-September, or immediately upon FDA licensure, whichever came first. His move reflects similar actions by governments and companies around the world, as nations struggle with the highly contagious delta variant that has sent U.S. cases surging to heights not seen since last fall.

Hospitalizations and deaths are increasing among the military. Over the past month, the number of service member deaths jumped from 25 to 34 â€“ by more than a third.

â€œOur vaccination of the Force will save lives,â€ said the Austin memo. â€œThank you for your focus on this critical mission.â€

Members of the U.S. military are already required to get as many as 17 different vaccines, depending on where they are deployed. The requirements â€” which include shots for smallpox, hepatitis, polio and the flu â€” also provide for a number of temporary and permanent exemptions for either medical or administrative reasons.

Austin in the memo noted that the new requirement will allow for exemptions that are consistent with the current policies for all the other vaccines. Permanent exemptions include serious medical reactions to the vaccine, immune deficiencies such as HIV infection, and â€œevidence of existing immunityâ€ by a serologic antibody test or â€œdocumentation of previous infection or natural infection presumed.â€

There also are administrative exemptions, including one for religious reasons. The religious exemption is granted by the military services based on their policies, and it appears to be relatively rare. The decision is made by commanders based on consultation with medical personnel and chaplains.

The Navy and the Marine Corps said they have had zero religious exemption requests for other vaccines in recent years and the Air Force said there were few. The Army was not able to provide any data.

A little over half of the U.S. population is fully vaccinated with one of the countryâ€™s three options, from Pfizer, Moderna or Johnson & Johnson.

The Pentagon decision only applies to the Pfizer vaccine. Moderna has also applied to the FDA for full approval of its vaccine. J&J said it hopes to do so later this year.