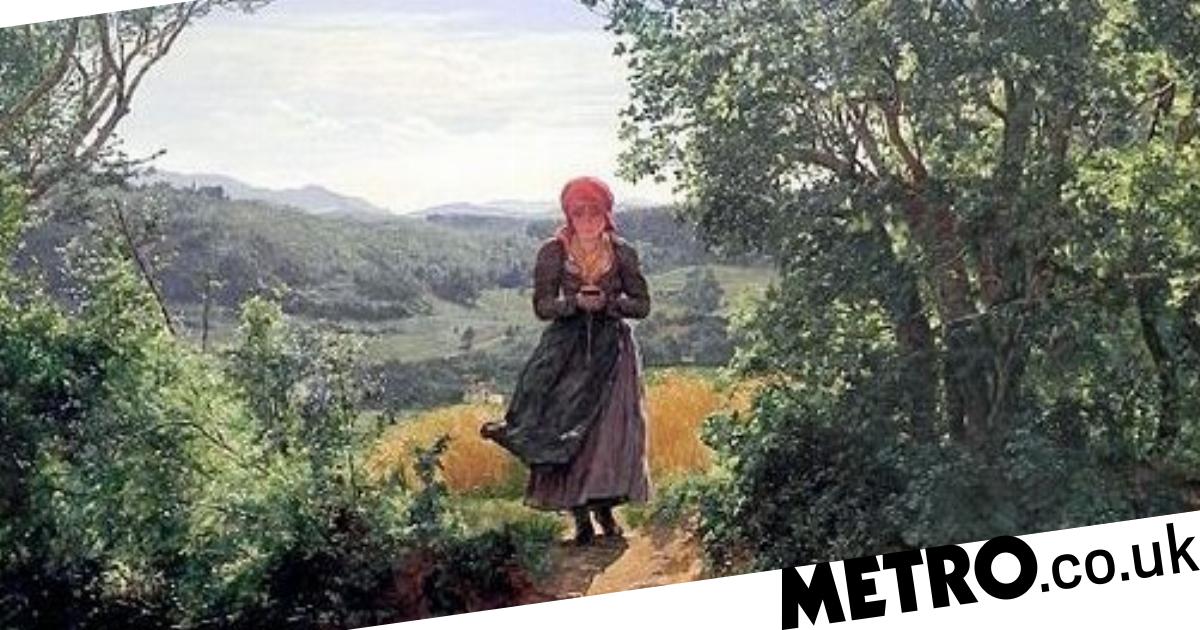 An 18th century artwork that has been thought to feature an iPhone has caused a buzz on the internet again.

The bizarre time travel theory started in 2017 when art enthusiasts claimed they had spotted the modern device in a painting called ‘The Expected One’ from 1860.

The painting by Ferdinand George Waldmüller currently on display in Neue Pinakothek museum in Munich, Germany, has been the subject of conspiracy theories for its subject.

The artwork depicts a young woman engrossed in what we can only assume is a book while a man looks on, waiting to present her with a flower.

Peter Russell, a retired local Glasgow Government officer, spotted the uncanny resemblance to a pedestrian holding a smartphone when he was browsing the gallery with his partner.

In this case it seems to be the interpretation evolving with modern times since the scene does bear an eerie resemblance to people walking with their heads down, engrossed in their smartphones.

‘What strikes me most is how much a change in technology has changed the interpretation of the painting, and in a way has leveraged its entire context,’ Russell told Vice.

‘The big change is that in 1850 or 1860, every single viewer would have identified the item that the girl is absorbed in as a hymnal or prayer book,’

‘Today, no one could fail to see the resemblance to the scene of a teenage girl absorbed in social media on their smartphone.’

Still, the internet did not miss an opportunity to try and guess which smartphone the girl in the painting was allegedly holding. Not surprisingly, most people think it’s one of the indestructible Nokias.


MORE : The digital detox UK holiday where guests have phones locked up and are given Nokia bricks instead