‘People who suspect meningitis must be vigilant – trust your instincts’ 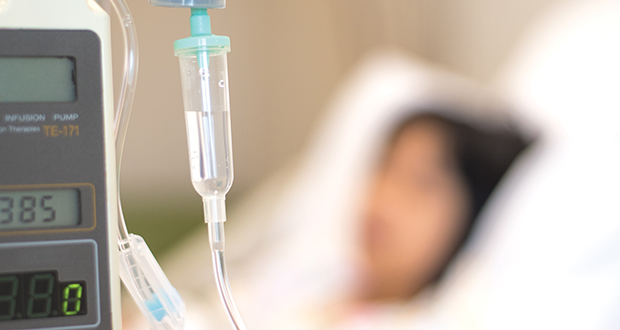 Speaking on World Meningitis Day, the CEO of Irish charity ACT for Meningitis has said the public must learn to recognise the signs of infection

The public must learn to recognise the symptoms and signs of meningitis, the CEO of a national charity that raises awareness about the deadly illness has said.

Siobhan Carroll, CEO of ACT for Meningitis, explained that meningitis is an extremely dangerous infection which needs global attention if it is to be defeated.

‘Babies and children up to age five are the most at-risk age group, 16-24-year-olds are the second highest risk age group and then over 65’s, but anyone of any age can contract meningitis’ said Siobhan, marking World Meningitis Day.

World Meningitis Day takes place every year on October 5th, having been started in 2009 by a community of people whose lives had been impacted by the illness. The disease affects approximately 2.5 million people every year, according to the World Health Organisation. One in 10 lose their lives and one in five are left with life-changing after-effects.

Siobhan Carroll set up ACT for Meningitis in 2011 along with Noel Carroll, following the tragic loss of their four-year-old daughter Aoibhe to meningitis three years previously.

Siobhan added that the public should be vigilant when it comes to suspected meningitis – sometimes the symptoms are tricky to identify.

‘The symptoms may be difficult to spot as many of the early symptoms can be similar to those of flu, so we are asking people to TRUST THEIR INSTINCTS and if they suspect meningitis, seek medical help immediately’, she said.

‘While early symptoms which include headache, fever, vomiting, muscle pain, are flu like symptoms someone with meningitis or septicaemia can get a lot worse very quickly so keep checking them’.

For more information on meningitis or the work of the charity, visit www.actformeningitis.ie or find them on all social platforms.