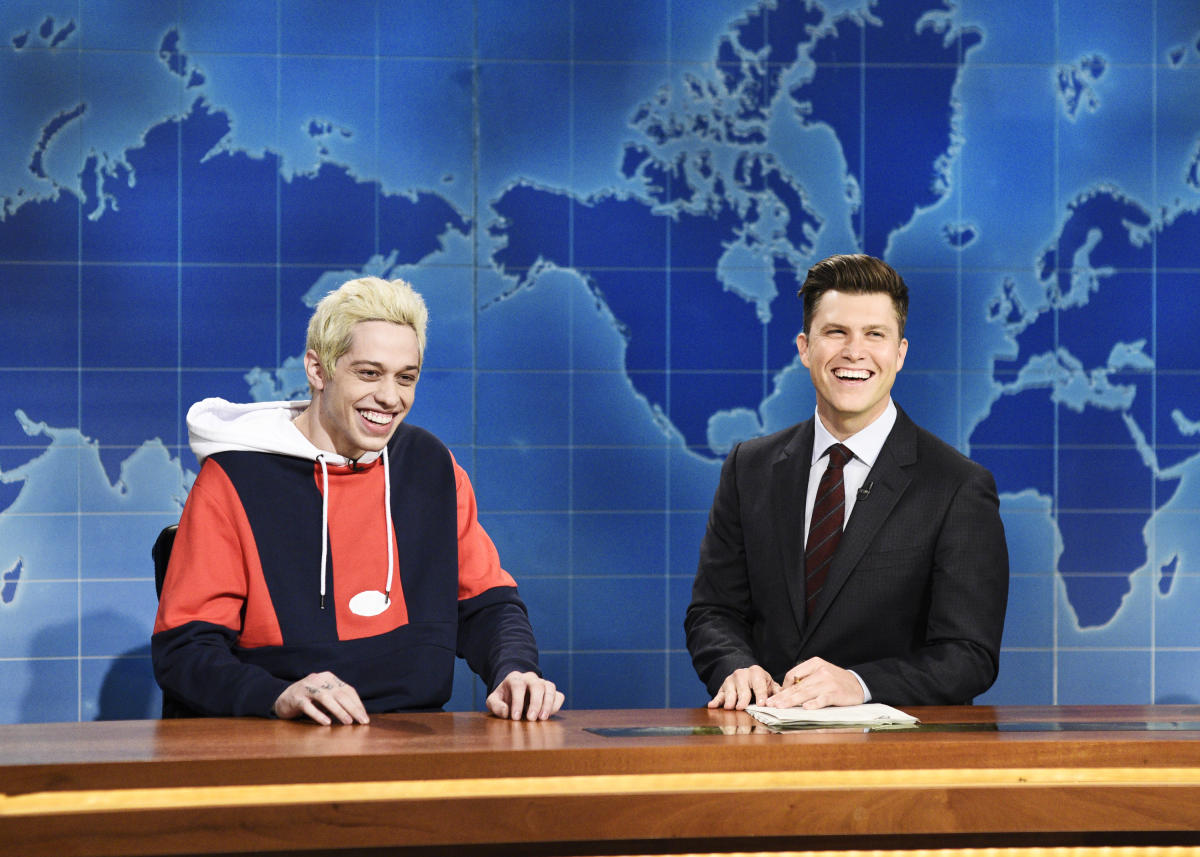 Pete Davidson and Colin Jost have purchased an old Staten Island ferry â€” and, no, it’s not for a Saturday Night Live bit.

The sketch-show stars â€” and Staten Island natives â€” have been revealed as the mystery buyers of the out-of-service passenger ferry that was operated by the New York City Department of Transportation. The ferry, named the John F. Kennedy, which had been retired from service, went up for auction this week.

Italia told the New York Post they had “grand plans” for the ship. “The idea is to turn the space into a live entertainment event space, with comedy, music, art, et cetera,” he said.Â

Italia added that plans were in the “early stages,” as the boat needs an overhaul, but the trio did “not [want] to see this thing go to the scrapyard.”

The JFK was initially put up for auction starting at $250,000 and received no bids. The city cut the price to $125,000 and it received 36 bids between Sunday and Wednesday. The vessel was listed in poor condition due to mechanical issues and was being sold “as is.” The hull is in good condition.

Prior to being retired, the JFK, commissioned in 1965, was the oldest remaining boat in the Staten Island Ferryâ€™s working fleet. Passengers between the boroughs of Staten Island and Manhattan ride for free on the massive orange boats.

Jost commuted on the ferry as a teen attending Regis High School in Manhattan. In an essay for the New Yorker, he wrote, â€œI took a bus, then a ferry, then a subway â€” which, when you type it into Google Maps, looks like youâ€™re emigrating from China to San Francisco in the 1840s.”

“Riding the ferry was not a â€˜yacht life style,'” he wrote. “The bins under the seats were marked ‘Life Jackets’ but should have been marked ‘A Hundred Rats Live Here.'” He said traveling back to Staten Island on the ferry, which runs 24/7, late at night, “I was always on edge when I travelled home alone late at night. I was very conscious of never smiling, because I was afraid that if I smiled someone would punch me.”

Davidson continues to live in the outer borough of Staten Island, taking new girlfriend Kim Kardashian to dinner and the movies there. Jost and wife Scarlett Johansson reside in Manhattan and Rockland County, just north of the the city.

SNL‘s recent short “Walking in Staten” opened with the Staten Island ferry. The iconic ferry has been featured in many movies, including Working Girl, Whoâ€™s That Knocking At My Door? and Spider-Man: Homecoming.