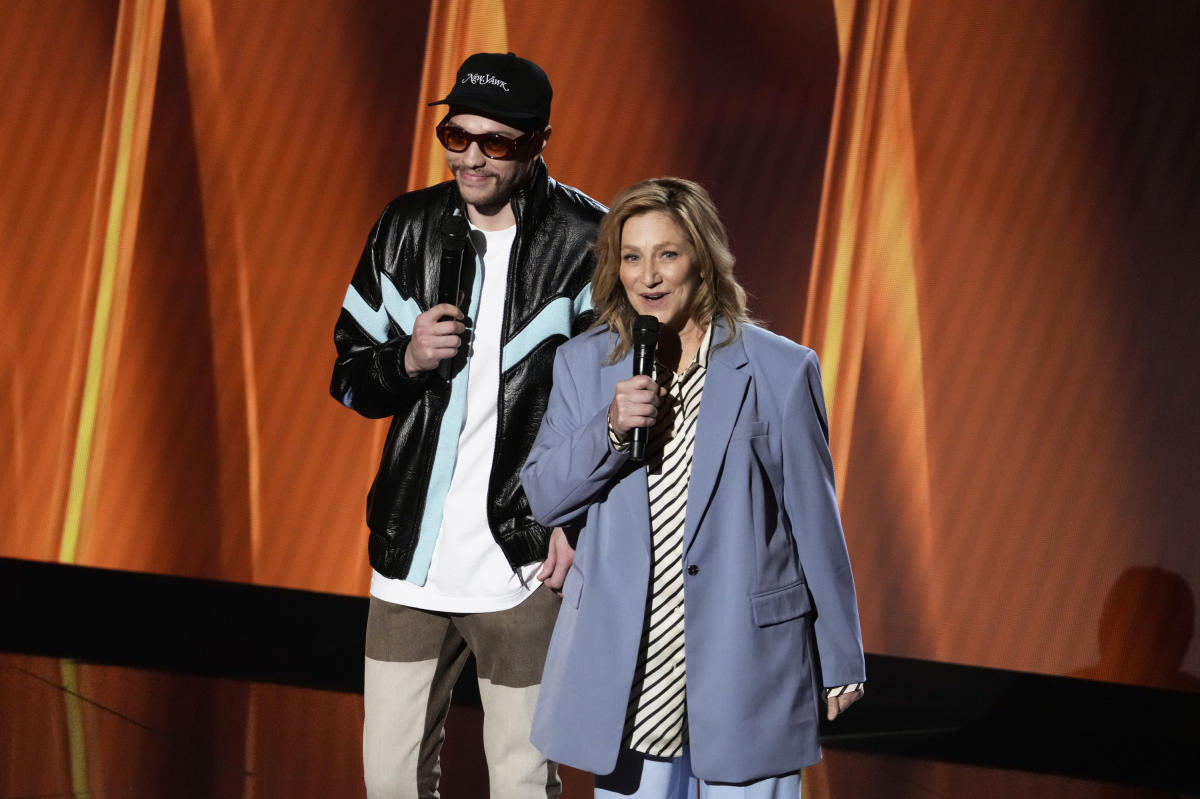 The Sopranos actress plays the Saturday Night Live alum’s mom in the upcoming Peacock series Bupkis, a half-hour comedy that tells a fictionalized version of his life. Falco was asked by Page Six if she understands why so many famous women — including Kim Kardashian, Ariana Grande, Kaia Gerber and Kate Beckinsale — have fallen for Davidson.

Falco, who’s been a professional actor since the ’80s, called him “as genuine a person as I’ve come across in a long time.”

Davidson, 28, is seemingly single since his split from Kardashian in early August after 9 months of dating. Prior to that, he dated Bridgerton actress Phoebe Dynevor, model Gerber, actress Margaret Qualley, actress Becksale and screenwriter Cazzie David. He was engaged to Grande for a few months in 2018.

For years — as he romanced one famous beauty after another — people discussed and debated the appeal of Davidson. He’s even weighed in.

“There seems to be a curiosity about me, is what my friends tell me,” he said while doing standup in January. “I was trying to figure out how to explain myself to someone because I was doing an interview.” He compared himself to a discounted DVD bin full of movies like Shrek Forever After and Tropic Thunder. He said Tropic Thunder is a “classic” that “doesn’t belong in the trash.” He then said, “I’m Tropic Thunder. I’m the diamond in the trash. It’s a steal.”

Model Emily Ratajkowski has talked about Davidson’s appeal, ticking off reasons including: “He’s vulnerable. He’s lovely. His fingernail polish is awesome. He looks good. [He has a] super great relationship with his mom.” Even Martha Stewart is a superfan. “Pete Davidson is like the son I never had,” she said. “He is a charming boy who is finding his way.” And, for the record, Stewart, 81, also denied she was dating him.