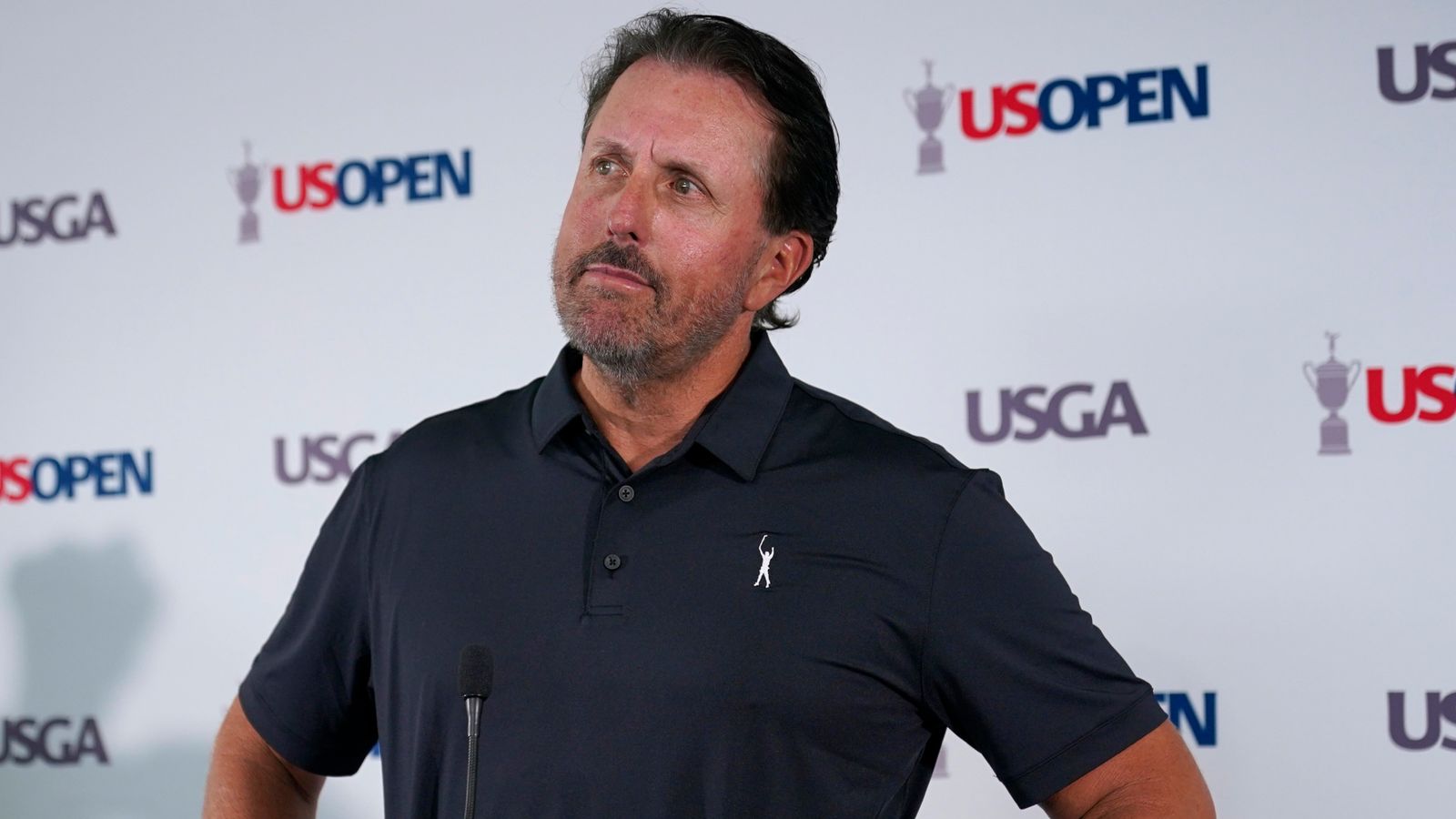 Bryson DeChambeau, Peter Uihlein and Matt Jones and Saudi-funded LIV Golf are now the only plaintiffs in the lawsuit, with the trial not scheduled to begin until January 2024; Mickelson said two weeks ago: “LIV Golf is here to stay.”

Phil Mickelson, the driving force among PGA Tour players in the rival LIV Golf series, and three other players have asked a federal judge to remove their names from the antitrust lawsuit against the PGA Tour.

Talor Gooch, Hudson Swafford and Ian Poulter filed separately to have their names removed. That leaves only three players Bryson DeChambeau, Peter Uihlein and Matt Jones and Saudi-funded LIV Golf as plaintiffs in the lawsuit filed in early August.

The trial is not scheduled to begin until January 2024.

Mickelson’s decision was not a surprise. He had said two weeks ago to SI.com that he no longer needed to be involved in the lawsuit now that LIV Golf has joined as a plaintiff.

Phil Mickelson says that divisive talk is doing the sport of golf no good and hopes both PGA Tour and LIV Golf can come together for the benefit of the game.

Phil Mickelson says that divisive talk is doing the sport of golf no good and hopes both PGA Tour and LIV Golf can come together for the benefit of the game.

“The only reason for me to stay in is damages, which I don’t really want or need anything,” Mickelson said. “I do think it’s important that the players have the right to play when and where they want, when and where they qualify for. And now that LIV is a part of it, that will be accomplished if and when they win.”

Mickelson has been one of the chief recruiters for LIV Golf and its leader, Greg Norman.

In an interview with Alan Shipnuck for his biography on Mickelson, the six-time major champion said he recruited three other top players for LIV Golf and that they paid attorneys to write the operating agreement for the proposed league.

Mickelson was among the last players announced when LIV Golf and its $25m purses began in early June. There now have been five events, with the next two scheduled in October in Thailand and Saudi Arabia.

Patrick Reed fell out of the top 50 this week, in part because LIV Golf does not receive world ranking points as its application with the Official World Golf Ranking board is considered, a process that could take until next summer.

Bryson DeChambeau believes that people should give LIV Golf a chance and says he couldn’t be happier with his decision to join the tour.

Bryson DeChambeau believes that people should give LIV Golf a chance and says he couldn’t be happier with his decision to join the tour.

“The PGA Tour for the last 20 or 30 years have had all the best players in the world – that will never be the case again,” Mickelson said two weeks ago. “LIV Golf is here to stay, and this type of divisive talk is doing nobody good.”

His hope was for LIV Golf and the PGA Tour to work together, which PGA Tour Commissioner Jay Monahan has said is unlikely to happen. The PGA Tour has suspended all members who have signed with LIV Golf for violating tour regulations.