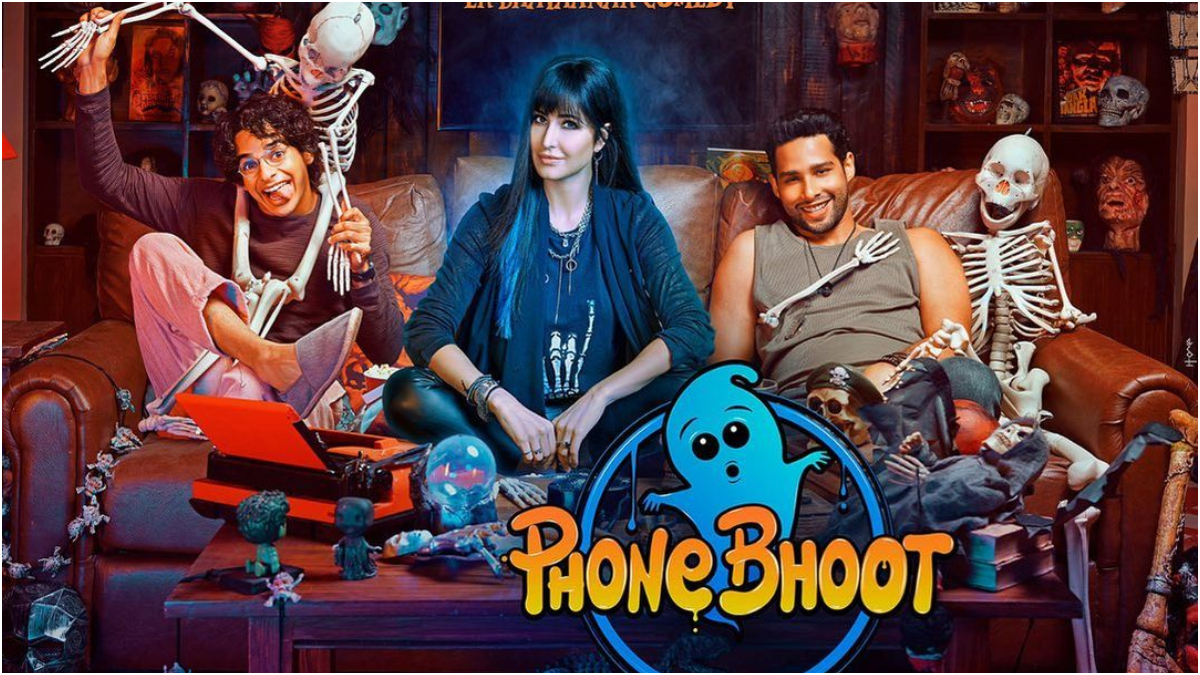 Phone Bhoot Box Office Collections: Katrina Kaif‘s film benefitted from the weekend and saw a huge jump. Even though the film opened to low numbers, it registered growth over Saturday and Sunday. However, the same couldn’t be said for Mili and Double XL. With low occupancy, the films struggle at the ticket window. The two films have not been able to earn even a crore in a single day. Things will get more difficult for all these three films on weekdays.

Katrina Kaif, Siddhant Chaturvedi, and Ishaan starrer Phone Bhoot showed a 35% jump on the second day, the makers shared in a statement. Looking at the box office performance of Phone Bhoot, on the first day the film collected Rs 2.05 Cr. all across the nation on Friday. Moving forward to its second day, the film booked a great jump of 35% in its collections amounting to Rs 2.75 Cr. on Saturday.

Mili, on the other hand, saw growth but with low occupancy. In the first two days, the film managed to earn close to Rs 80 lakh. Janhvi Kapoor‘s survival thriller film ‘Mili is a remake of the 2019 Malayalam movie ‘Helen’. Helmed by Mathukutty Xavier, the film also stars Sunny Kaushal and Manoj Pahwa in the lead roles. ‘Mili’ marks Janhvi’s first professional collaboration of the actor with her father Boney Kapoor.

Huma Quereshi and Sonakshi Sinha’s film which was simultaneously released with Phone Bhoot and Mili is struggling at the ticket window. The film hasn’t been able to earn Rs 50 lakh in three days. “Double XL is also faring very poorly. The collections of Double XL for the first two days are as follows. Friday – 12,50,000, Saturday – 17,50,000,” Box Office India reported.