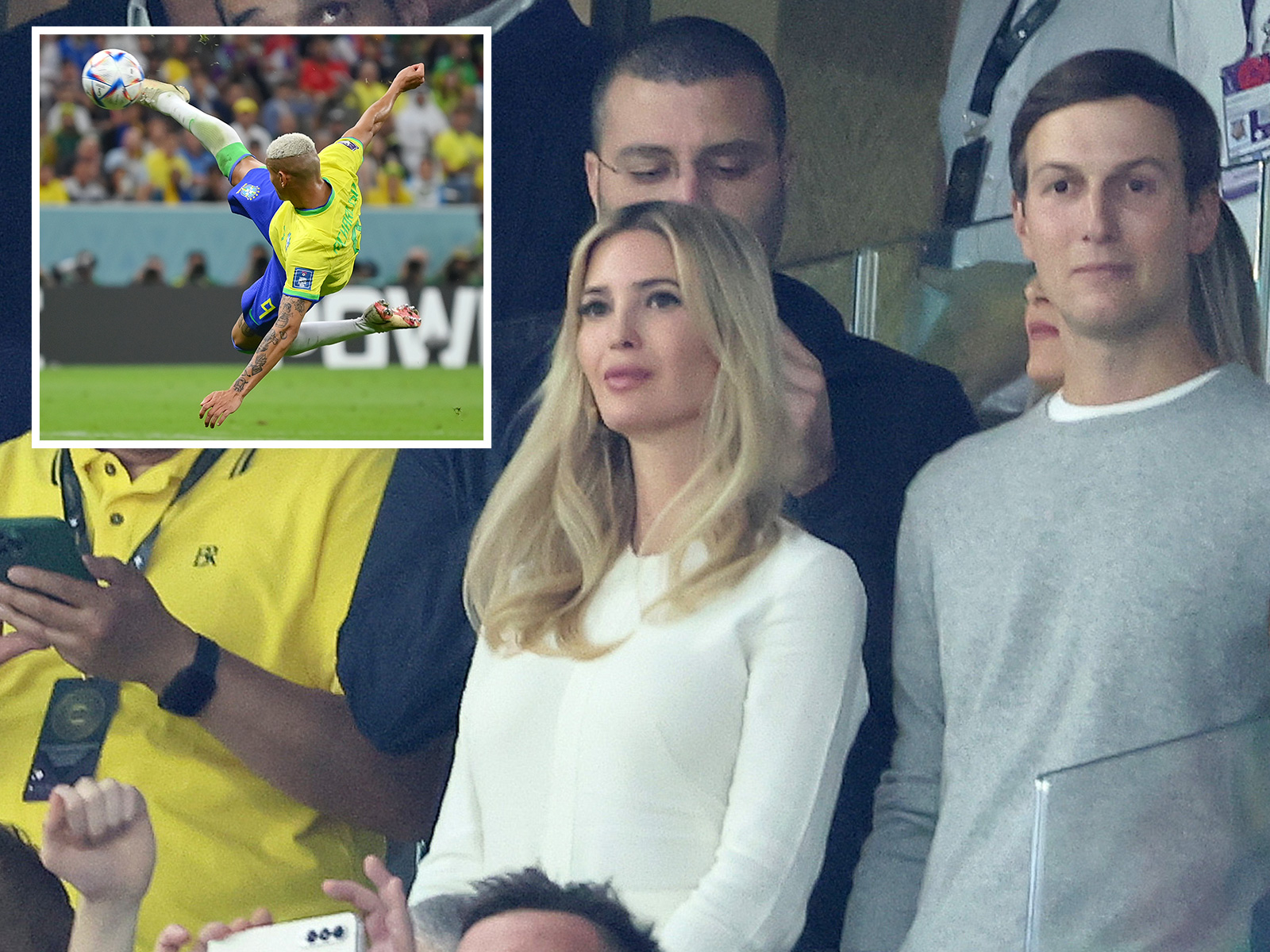 Ivanka Trump is taking a tour of the Middle East with her husband, Jared Kushner, and she tweeted a photo of her family enjoying the FIFA World Cup soccer in Qatar.

The 41-year-old daughter of the former president showed that she was at Brazil’s 2-0 win over Serbia on Thursday, and it was enough to send some into a spiral on the internet.

After announcing that she will not be part of her father Donald Trump’s 2024 presidential campaign, she joined her husband and sons, Joseph and Theodore, at the Lusail Stadium, in Lusail, eastern Qatar, as they were pictured meeting Qatari dignitaries.

Just an hour or so earlier, the Trump family were seen at Stadium 974 in Ras Abu Aboud, Doha, where they watched Portugal beat Ghana 3-2 before being rushed to the Brazil game.

Kushner, 41, served as a Middle East adviser during the Trump administration, and he was seen socializing with politicians at the game, including deep conversations with Qatari Prime Minister Khalid bin Khalifa bin Abdulaziz Al Thani.

Among those sitting with the couple was Nasser Al-Khelaifi, the multibillionaire who is the president and CEO of French soccer club Paris Saint-Germain.

There was divided opinion on social media about Trump’s presence at the game, with some praising her for helping to break down boundaries, while others questioned her support of a tournament in a country in which slave labor and human-rights abuses were allegedly common in the building of the soccer stadiums.

One user supported the presence of Trump in the stadium and tweeted that it made a welcome statement: “The female presence in the stadium is important, it will help open space for women in that culture.”

Others were not so supportive of Trump’s photo, with many suggesting that it was a bad idea to endorse the tournament in the Gulf State.

Among those upset with the snap, one Twitter user posted: “How dare you support this. There playing in a country that throw gay people off roof top. There parliament order to kill protester. Your all greed virtual signaling.”

Another pointed to the decision not to support Donald Trump‘s push for the White House in 2024 as a reason why Ivanka and her family should not be showing that they are at the soccer World Cup.

Another tweeted that it was an inappropriate way of spending Thanksgiving Day: “you were there instead of spending the holiday with your family??? will you be watching USA VS ENGLAND today??? something isn’t right about this.”

There was one last message of support, in which Ivanka was given the thumbs-up for her trip.

The Twitter user wrote: “TRUTH!! @IvankaTrump good reason Ivanka has decided not to stand next to dad this time SHE JUST MIGHT BE PUTTING HER CHILDREN FIRST.”

Do you have a tip on a sports story that Newsweek should be covering? Do you have a question about the World Cup? Let us know via entertainment@newsweek.com.