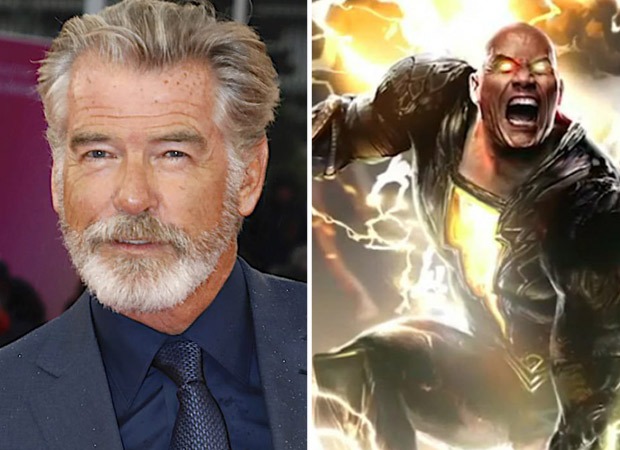 Dwayne Johnson has finally made his way to the world of superheroes. He is all set to begin shooting of Black Adam soon. Meanwhile, as he continues his training for the DC superhero, there’s a new addition to the cast. Actor Pierce Brosnan has been roped in to star as DC hero Dr. Fate.

According to The Holywood Reporter, “Brosnan will play Kent Nelson, aka the good Dr. Fate, a son of an archeologist who was taught sorcery skills and given the magical Helmet of Fate. The character, created by Gardner Fox and Howard Sherman, is one of DCâ€™s oldest characters, having first appeared in 1940â€™s More Fun Comics #5.”

“I also love the fact that his origins are that of a slave,” Dwayne further said. “When the origins are that of somebody who was enslaved, as people enslaved his family and he felt the burdens and the pressures of a larger entity holding him down until he couldn’t take it anymore. And when you come from that place, it’s just a different energy that you have. So, I’ve always loved that about Black Adam, which informs how Black Adam operates, how he sees justice, how he delivers justice and I’ve always appreciated that about Black Adam.”

The star-studded cast includes Aldis Hodge as Hawkman, Noah Centineo as Atom Smasher, and Quintessa Swindell as Cyclone.Â Black Adam was supposed to release in December, this year. But, it has been removed from this year’s Warner Bros. slate.