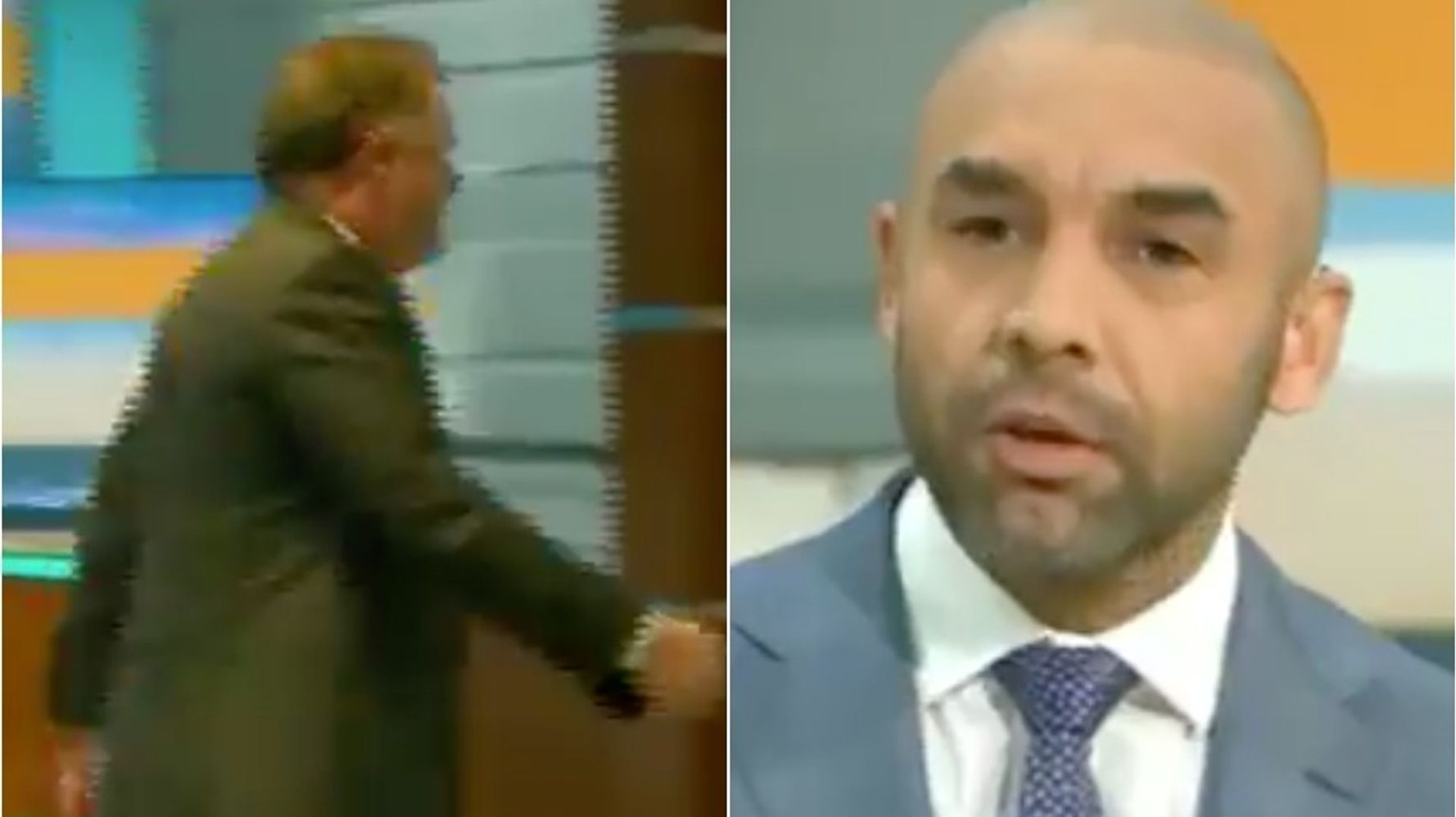 Piers Morgan â€• who on Monday in his latest in a long line of attacks on Meghan Markle dismissed her allegations of racist treatment at the hands of the British royal family â€• stormed off the set of his own show, â€œGood Morning Britain,â€ on Tuesday after being called out by colleague Alex Beresford for his relentless criticism of the Duchess of Sussex.

â€œOK. Iâ€™m done with this. Sorry. No. Sorry. You can trash me mate but not on my own show,â€ Morgan told Beresford as he walked away.

Beresford, commenting on the bombshell revelations from Markle and Prince Harryâ€™s interview with Oprah Winfrey and criticizing Morganâ€™s subsequent attacks on the couple, had noted how the couple had dealt with â€œan overwhelming amount of negative pressâ€ in recent years that had been â€œincredibly damagingâ€ to their mental health.

â€œI hear Piers say William has gone through the same thing but do you know what, siblings experience tragedy in their life and one will be absolutely fine and brush it off and the other will not be able to deal with it so strongly and that is clearly what has happened with Prince Harry in this situation,â€ said the â€œGMBâ€ weather forecaster.

â€œHe walked behind his motherâ€™s coffin at a tender, tender age in front of the globe. That is going to shape a young boy for the rest of his life,â€ continued Beresford. â€œSo I think that we all need to take a step back.â€

At that point, Morgan got up and walked off.

Beresford said it was â€œpathetic.â€

The show cut to a break. Morgan later returned and told Beresford they needed â€œto talk to each other in a civilized manner given we work at the same show on the same team.â€

â€œYou launching into a pretty personally derogatory monologue on one of your colleagues isnâ€™t probably one of the best ways to go about it,â€ Morgan added. â€œAs much as Iâ€™d like to sit here taking abuse from you for hours on end, thatâ€™s not going to happen.â€

â€œIâ€™m not trying to come on this show and take you down, tear you apart,â€ Beresford responded. â€œJust because weâ€™re on the same side, doesnâ€™t mean we have to have the same view.â€

â€œThis whole situation is very personal for me and Iâ€™m by no way, shape or form accusing you of being a racist,â€ he added. â€œI have the luxury of knowing you on and off-screen and weâ€™ve had conversations, I know where you stand on this and I have a great amount of respect for you, Piers.â€

â€œIâ€™m tired of finding a different way to explain not to you, but to so many people on why what has been said is so wrong,â€ Beresford later added. â€œIâ€™ve walked into institutions as the only person of color and experienced covert and overt racism on so many occasions and why the Meghan interview really resonates with me is because an ex-work colleague â€” not on this show â€” asked me if I was worried about the shade of cocoa that my son was going to come out. So I fully understand the hurt that is behind all of that.â€