Government plans to open Laos early next year to foreign travelers are drawing mixed reactions, with some residents saying it may be too soon to lift restrictions aimed at curbing the spread of COVID-19 while cases continue to climb, sources say.

Prime Minister Phankham Viphavanh said in a government notice published Nov. 5 that he has agreed with the Ministry of Information, Culture and Tourism and the Ministry of Industry and Trade that Laos can be reopened for tourism and other businesses early next year, so long as travelers entering the country are fully vaccinated.

Speaking to RFA on Nov. 11, an official in the Ministry’s Tourism Department confirmed the government’s plan.

“The prime minister told us that we should be preparing for the reopening in early 2022 because the Laos-China railway is opening too,” the source said on condition of anonymity.

“We’re now discussing how and when we should reopen. At first, though, we’ll be open only for fully vaccinated tourists and other foreigners,” he said.

Government departments and ministries in the one-party communist state have been told to prepare for an official grand opening of the Laos-China high-speed railway on Dec. 2, the 46th anniversary of the Lao People’s Democratic Republic, or Lao PDR.

Construction on the railway, which is expected to cost $6 billion in U.S. dollars, began in December 2016. It is part of a longer rail line that will link China to mainland Southeast Asia under Chinese President Xi Jinping’s massive Belt and Road Initiative of infrastructure projects.

The project has been touted as a boon for Laos, an impoverished, landlocked nation of 7 million people, because it is expected to lower the cost of exports and consumer goods, while boosting development and tourism.

Some are questioning the need to open Laos so quickly, though. COVID-19 infections continue to climb in the country, with 1,306 new cases reported on Tuesday. In total, 110 Lao residents have died from the disease, according to government figures.

“I’m worried that the pandemic will get worse if the country opens up again,” said a resident of Savannakhet province in southern Laos, speaking to RFA this week.

“If the country decides to reopen, I hope that everyone including the authorities and the general public will strictly obey the rules.”

“Luang Prabang province is not ready yet,” an official from the northern province’s Department of Information, Culture and Tourism said.

“We’re meeting to discuss how to reopen, and more specifically how long a tourist should be kept in quarantine—two days, three days, 14 days, or 20 days. We can’t reopen this week or even next month, because the curfew is still in effect,” he said.

Others voiced more optimism over the government’s plan in interviews with RFA.

“Yes, the numbers of COVID-19 cases are still high, and we are taking turns to go to work,” one government worker said, also asking for anonymity in order to speak freely. “But it will be possible to reopen the country as soon as we step up control of the spread.”

“For example, if one village becomes infected, the authorities will block off all access to that village. And as for the tourists, we will have to scan and test them, and have them practice social distancing and hand washing, and wear masks,” he said.

An official from the Department of Information, Culture and Tourism in Bokeo province in northern Laos said his department is drafting a plan to reopen the province.

“But first we’re waiting for specific orders from the central government on when and how we can open up again,” he said.

“If the country reopens, I’ll open my restaurant again too, and I may be able to make some more money, but the country may have more infections,” said a restaurant owner in the capital Vientiane.

“However, we will continue to allow the transportation of goods between provinces inside the country and across the borders. The drivers of the trucks must be fully inoculated, and they won’t be quarantined,” she said.

Lockdown restrictions will be enforced more strictly in the country’s “red zones,” or infected areas, said a member of the Taskforce for COVID-19 Prevention and Control in Vientiane.

“In other zones, restaurants are allowed to open, but only for take-out, and all entertainment venues remain closed,” he said.

Schools in the country remain closed, said an education official in Vientiane.

“We’re waiting for the order from the government to reopen or not. And if the schools reopen, the pressure will be on us to make sure the students practice social distancing and hand washing,” he said.

“They’ll wear masks, but they won’t be vaccinated.” 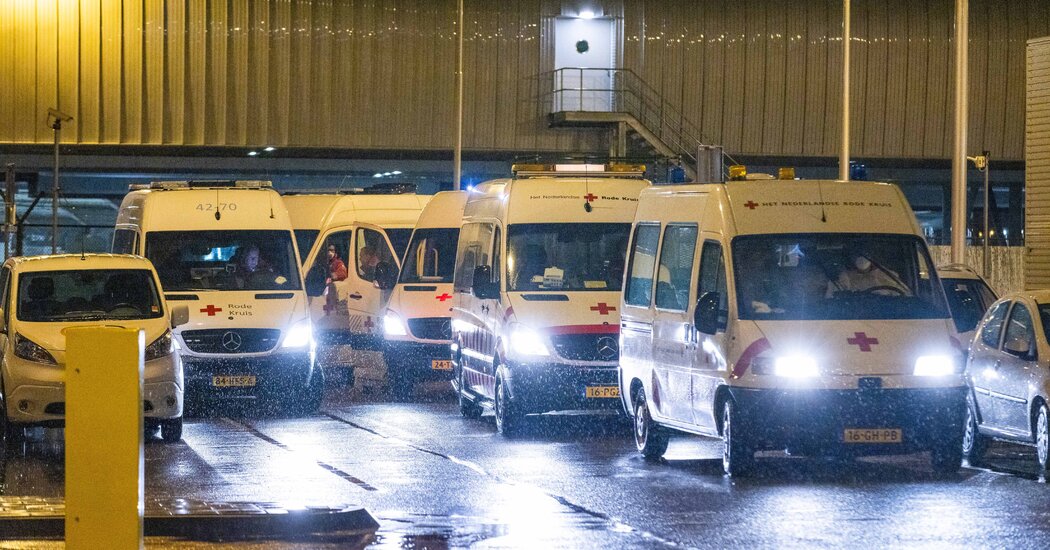