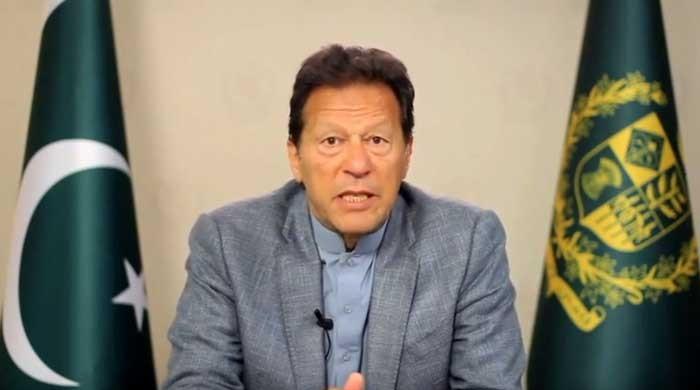 Prime Minister Imran Khan on Thursday stressed on the need for “concrete actions” so “illicit financial flows” from developing countries can be stopped.

He urged countries he termed “havens” to provide a commitment to “immediately and unconditionally return all foreign assets that are shown to be stolen or whose legitimacy cannot be explained”.

He also called for the development of international anti-money laundering legal instruments.

Addressing the virtually held launching ceremony of the Final Report of the High-Level Panel on International Financial Accountability, Transparency and Integrity for Achieving the 2030 Development Agenda as a keynote speaker, the prime minister said that when his government came into power the country’s coffers were empty due to “illicit financial outflows from our country”.

He said the FACTI Panel’s interim report had confirmed that trillions of dollars flow out of developing countries each year.

“Seven trillion dollars in stolen assets are parked in the financial haven countries,” said the premier.

He said that the flight of this vast capital from these developing countries is the “principle cause” for the under development, poverty, inequality and political instability.

The premier reminded the panel his suggestions for several policy actions at the time the interim report was released and proceeded to recount them.

The suggestions include immediate return of stolen assets, penalties on the financial institutions, lawyers and accountants, and other “enablers” of corruption, crime and tax evasion, disclosure of the “beneficial ownership” of companies, review and revision of unequal investment treaties and a coherent mechanism for monitoring illicit financial flows set up under the United Nations.

“I am glad these proposals have been reflected in the final report of the panel,” he said.

The prime minister said that as the report states, the problem is a systemic one, that is embedded in the international financial architecture.

“It requires a systemic solution. It cannot be resolved by piece-meal, or cosmetic actions. The magnitude of the illicit financial flows is staggering. If recovered and returned, they can have a transformational impact of the development prospects of developing countries,” he said.

He said recovery of stolen assets will enable the developing countries to “eradicate poverty, reduce inequalities, build back better after the COVID crisis, address climate change and strengthen human rights”.

PM Imran Khan said he endorses the three-point plan prepared by the panel:

1. Apply international values of honesty and integrity to all financial actions.

3. Reform and reinforce the relevant institutions dealing with these illicit financial flows.

He called for national and cross-border financial transactions to be regulated under a “values-based system, encompassing accountability, transparency, legitimacy, fairness, inclusion and equity”.

The premier said these values must be reflected clearly in all national and international financial transactions, instruments and institutions â€” particularly in bodies that combat illicit financial flows.

“All such activities should conform to rules and standards that are compatible with and contribute to sustainable development,” he stressed.

PM Imran Khan said global financial governance must improve and policies on illicit flows must be implemented in a coordinated and coherent way by national and international institutions and bodies.

He said international bodies dealing with tax matters, corruption and illicit financing “should not be used as instruments of pressure and coercion against developing countries”.

The prime minister also highlighted the need for a global forum under the United Nations which coordinates all bodies dealing with tactical, legal and political aspects of illegal financial flows.

“It should incorporate a mechanism to adjudicate and mediate disputes related to illicit financial flows,” he said.

Addressing leadership from other countries, he said that it is now time to act on the FACTI panel’s recommendations. “Pakistan will be happy to join in proposing the adoption of the FACTI panel report by the United Nations Economic and Social Council and the General Assembly,” he said.

The prime minister then urged for some immediate “concrete actions”.

“First, a commitment by haven countries to immediately and unconditionally return all foreign assets that are shown to be stolen or whose legitimacy cannot be explained,” he said.

He said the Organisation for Economic Co-operation and Development’s proposal to “freeze and return the unexplained assets of foreign politically exposed persons” is also worthy of consideration.

“Secondly, the UN should initiate […] negotiations on the new international tax cooperation and anti-money laundering legal instruments like the convention on corruption, adopt common principles identified by the FACTI panel that would apply to all financial transactions, and establish a UN coordination, adjudication, and mediation mechanism on illicit financial flows,” he said.

The report presents 14 recommendations to reform, redesign and revitalize the global architecture, so it can effectively foster financial integrity for sustainable development.

It also stresses for strengthening coordination and global governance related to financial integrity as an essential component of the common agenda for the common future of present and coming generations.