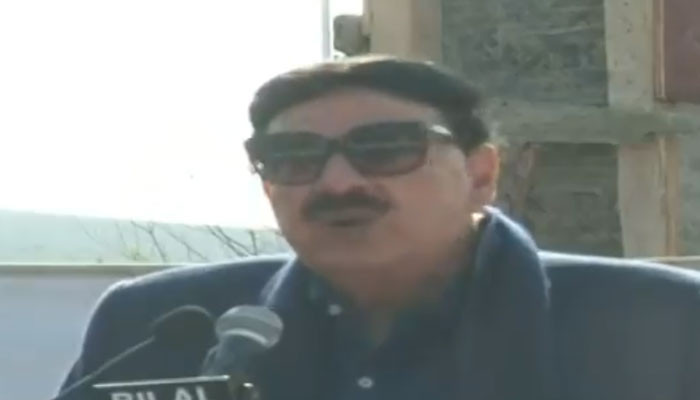 ISLAMABAD: Warning the Opposition against marching towards Islamabad, Federal Minister for Interior Sheikh Rasheed Ahmed said onÂ  Wednesday that Prime Minister Imran Khan is an honest man and has â€œgood relations with the establishmentâ€.

Talking to journalists, Sheikh Rashid said that March 23 is a “sensitive” day, adding that hundreds of foreign ministers from the Islamic world will be in Islamabad to attend an Organisation of Islamic Cooperation (OIC) summit on the day, which is also the Pakistan Day.

He maintained that roads will be closed on March 23 and cellular services are also expected to be suspended on a historical day to avoid any untoward incident, Daily Jang reported.Â

The Opposition will face a political defeat and be humiliated if they attempted to march towards Islamabad on March 23, he added. The interior minister said that they will create any problem for the opposition.

Taking a jab at the Opposition, the minister said that they could not beat the treasury benches on even a single bill during the past three and half years.

PM Imran is lucky as he got such an incompetent Opposition, the minister said, adding that they did nothing except give irresponsible statements against the prime minister.

The Opposing first ran away from mass resignation and then no-confidence motion, he added.

â€œImran Khan has people’s power,â€ Sheikh Rashid said, adding that he would be really very lethal if he takes to the street.

Responding to a question about the premierâ€™s recent statement in which he had said â€œI want to warn you that if I come out of the government, then I will be more dangerous for youâ€ the minister said that this message was for the Opposition.