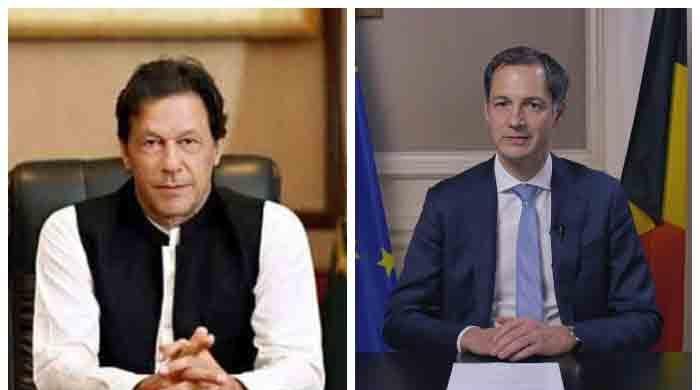 The Belgian PM called PM Khan and exchanged views on the Afghan crisis and Pakistanâ€™s role in the evacuation of foreign nationals from Kabul.

The Belgian prime minister is the fifth international leader who has called on the Pakistani premier since the Taliban takeover of Afghanistan.Â

In conversation with the Belgian counterpart, the prime minister underscored the importance of engagement by the international community in support of the people of Afghanistan, both to address their humanitarian needs and help in the economic rebuilding of the nation.

He stressed that the safety and security of Afghans and stabilization of the situation in Afghanistan were vital.

The prime minister added that peace and reconciliation and an inclusive political solution would contribute to stabilization efforts. He further underscored the importance of a peaceful and stable Afghanistan for Pakistan and for regional stability.

Both prime ministers exchanged views on the ongoing evacuation efforts. The Belgian prime minister thanked PM Khan for Pakistan’s help in the evacuation and facilitation of foreign diplomats.

Earlier on Monday, Foreign Minister Shah Mehmood Qureshi had stated that changes are taking place in Afghanistan every day, adding that he had spoken to his Danish, Swedish, Turkish, and Belgian counterparts on the matter.

“Safe evacuations from Afghanistan are important.”

The foreign minister had said he spoke to his Saudi counterpart earlier in the day, who had asked him to shift the Kingdom’s diplomats from Kabul to Pakistan.

There is pressure on the Kabul airport, but the overall situation in Afghanistan is evolving rapidly, he had said, adding the situation in the country’s capital was better.

Officials from the Ministry of Foreign Affairs and other institutions have been given access to the monitoring cell established in the Ministry for Interior, he had said.

“The international community should remain in contact with the Afghan Taliban,” he had added.