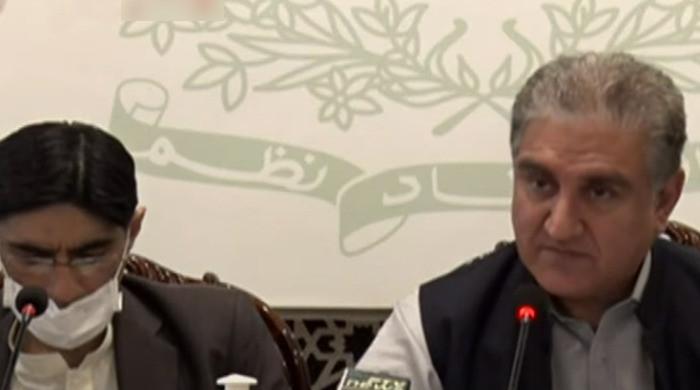 He was addressing a press conference on Monday in Islamabad along withÂ  National Security Adviser Moeed Yusuf and senior police officials.

FM Qureshi said that he spoke to his Afghan counterpart this morning and discussed the steps that the Government of Pakistan has so far taken to investigate the matter. He added that the probe related to the matter will be transparent and nothing will be concealed.Â

He reiterated that the Afghanistan government should reconsider its decision to pull out its ambassador and diplomats from Pakistan, adding that if they want the investigation to be transparent, it will have to cooperate with Pakistan.

“Pakistan wants to arrest and punish the culprits involved in alleged kidnapping as soon as possible,” said the foreign minister. “I told the Afghan ambassador that we are aware of the security concerns he is having, therefore, we have beefed up all Afghan diplomats’ security.”

Evidence does not corroborate the impression given about kidnapping.: IG Islamabad

Speaking during the press conference, Inspector-General Islamabad Qazi Jameel-ur-Rehman said that the police have formed five teams to probe the “abduction” of the Afghan ambassador’s daughter.

Providing details of the ongoing probe, the IG said that more than 700 hours of video surveyed by 300 cameras were reviewed by the investigation teams, while more than 220 people were interrogated.

“We traced the entire route on which the daughter of the Afghan ambassador travelled and also traced both the taxi drivers who drove her,” he said.

â€œThe woman first left her residence and walked for a while before hiring a taxi from Rana Market. The driver has confirmed he drove the ambassador’s daughter to Khadda Market,” he said.

“We have traced the taxi driver as well as the owner of the taxi and they have confirmed that they dropped her off at Daman-e-Koh. From there, she hired another taxi to go the F-9 Park but briefly stopped at F-6,” the IG said.

The IG said that after three days of hard work and constant surveillance, the police has traced the entire route which the ambassador’s daughter took. All CCTV cameras in Rawalpindi have been checked.

He added that the evidence police collected does not corroborate the impression given about her kidnapping.

NSA Yusuf, addressing the press conference, said the government has time and again reiterated that Pakistan is a target of hybrid warfare â€” which the European Union Disnfo Lab had exposed last year.

“EU Disnfo Lab had exposed India’s tactics against Pakistan,” the NSA said, adding that trends were running against the country from Afghanistan and India.

The NSA noted that a fake photo of the Afghan ambassador’s daughter had been shared on Twitter from verified Indian accounts. “We are monitoring these trends […] but whenever we report them, new trends emerge.”