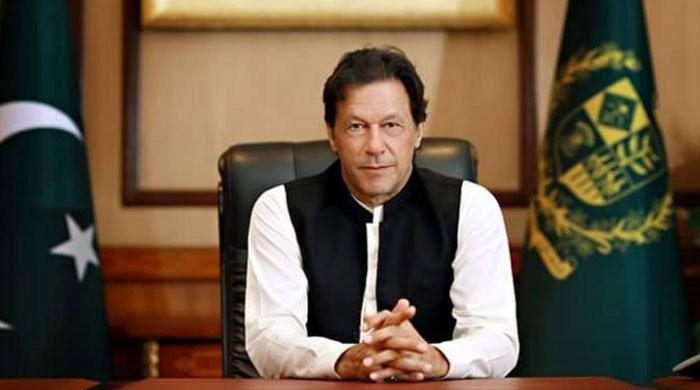 Prime Minister Imran Khan said on Wednesday that it was a historic decision to construct the Diamer-Bhasha dam and the project will be the “third-biggest dam in the history of Pakistan”.

The prime minister arrived in Gilgit-Baltistan Wednesday to kick off the mega construction work on the Diamer-Bhasha dam. He was accompanied by CPEC Chairman and Special Assistant to PM on Information and Broadcasting, Asim Saleem Bajwa.

The prime minister was addressing a gathering in Chillas, where he spoke about the dam and the reopening of tourism in the northern areas with SOPs.

Speaking about the benefits of the project, PM Imran said that it will not adversely impact the climate and create more job opportunities.

“The site is naturally well-suited for building the dam because it has natural rocks. It took us almost 40 years to implement our decision.

“(You) can figure out what a huge mistake we have made by not thinking about constructing dams for the storage of water.”

The premier said the dam will also provide the facility to store 6.4 million acre-feet of water and 4,500-megawatt, environment-friendly electricity will be produced.

“China has constructed 5,000 huge dams. Overall they have 80,000 dams and this will be our third biggest dam,” said PM Imran.

Over 16,000 people will be employed after construction begins on this dam, said PM Imran, adding that it would be completed by 2028.

The premier said that the dam will likely reduce the chances of flooding in the country.

“When our govt took over, we had a deficit of over Rs20 billion due to the decisions of the past governments,” he told attendees, adding that the less developed areas of the country cannot be ignored any further.

He said that the country’s leaders in the 90s, took the wrong decision to produce electricity from oil, adding that only those nations progress that take difficult decisions.

PM Imran said the wrong decisions taken by previous governments led to environmental deterioration and decline in industrial progress over the years.

He added that a cadet college being constructed in the area will provide a great opportunity to the people of Chilas and Gilgit Baltistan.

The prime minister said that he has been stressing on the issue of climate change for a while, adding that the country is planting more and more trees that will help the environment in the long-run.

â€œPakistan is among the ten top countries that stand threatened due to climatic changes,â€ he said.

He said that the current government intends to plant around 10 billion trees across the country to strengthen the environment and reverse the impact of climate change.

The PM said that the project will open opportunities for the people of Chillas while fortifying the tourism sector.

The SAPM shared the news of the prime minister’s arrival to oversee the Diamer-Bhasha dam construction on Twitter, saying that the premier will be briefed regarding the progress of the project and its impact.